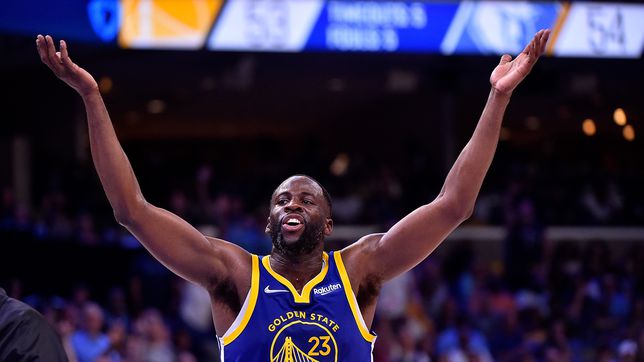 Draymond Green, a key player in the success of the Golden State Warriors in recent seasons, stated on his Twitter account that his team's roster in

Draymond Green, a key player in the success of the Golden State Warriors in recent seasons, stated on his Twitter account that his team’s roster in 2017 could beat Michael Jordan’s 1998 Chicago Bulls.

Green, 32, has been a fundamental part of the four championships won by the California team in the last decade (2015, 2017, 2018 and 2022). The one who was the best defender of the season in 2017 not only mentioned the historic Illinois team, but also had words for their rivals in 1998: the Utah Jazz of John Stockton and Karl Malone.

I’m watching the 98 Bulls vs Utah in the Finals… I can’t help but notice our 2017 team would’ve beaten these Bulls by a dub and these Jazz by 40 if they’re going to play these brands of basketball. And that’s why it’s dumb to compare Era’s

“I’m watching the ’98 Finals between the Bulls and Utah… I can’t help but think our 2017 team would have beaten these Bulls,” the Golden State power forward said. He didn’t just focus on one set. “And we’d beat the Jazz by 40 if they played this kind of basketball,” he said.

To avoid greater evils, the Warriors player wanted to clarify in the same message on his social network that “that’s why it’s stupid to compare the eras in basketball.”