The 2023 MotoGP World Championship will start in Portimao 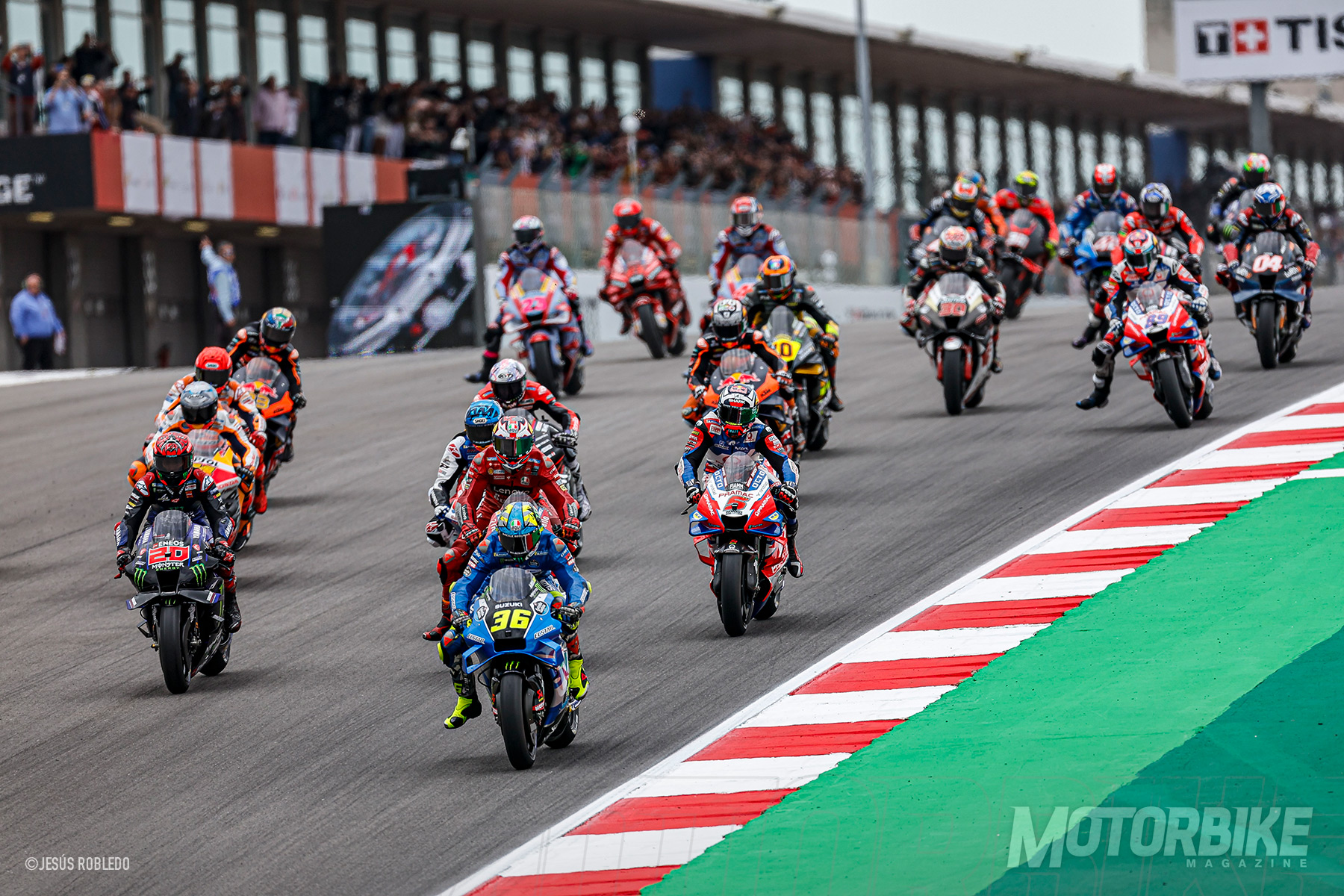 2 August, 2022 MotoGP 2023 will start on March 26 Dorna has officially confirmed that the next MotoGP season will start in Portimao and that

Dorna has officially confirmed that the next MotoGP season will start in Portimao and that it will do so from March 24 to 26, 2023. It will be the first time that Portugal hosts the opening round of the calendar.

A few months ago we learned that after 16 consecutive seasons, Qatar would not open the next MotoGP calendar. The layout of lusail will undertake a series of reforms that force the illustrious Qatari event to move to the final part of the season, which left that position vacant for the inaugural event in 2023.

This Tuesday, on the eve of the return of the MotoGP World Championship after a long summer break, Dorna and the FIM have confirmed that The 2023 MotoGP World Championship will start in Portugal. The Algarve Autodrome (Portimao), which has become a fixture on the calendar since coming on as a substitute in 2020, will host the first race of next season. In addition, it has been confirmed that the championship will start from March 24 to 26, 2023.

The complete provisional calendar of MotoGP 2023 will be published soon by the FIM, but the first event of the year has already been fully confirmed. Thus, the championship will start again in Europe, something that has not happened since it began in 2006 in Jerez. From 2007 Qatar took over the baton and since then it has always been the starting point of the championship; in 2020 only with Moto2 and Moto3, since MotoGP could not race there due to not traveling on time at the start of the pandemic.

There is the paradox that Portimao already knows what it is to close the calendar (2020) and that only three years later it will be the track that opens it. It has also been confirmed that there will be some previous pre-season tests on the Portuguese circuit, although the dates are yet to be defined.