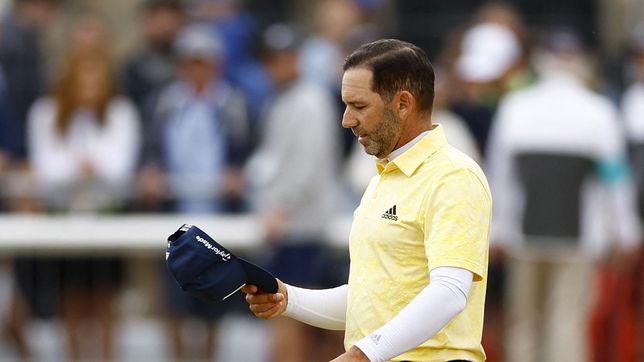 The schism that has caused the irruption of LIV Golf in the landscape of this sport continues to be full of unknowns. Some, little by little, are

The schism that has caused the irruption of LIV Golf in the landscape of this sport continues to be full of unknowns. Some, little by little, are clearing up, such as the withdrawal of PGA Tour cards from members who defect to the Saudi circuit. Others are resolved by the golfers themselves, such as Sergio García, who announced that he would leave the DP World Tour. However, the future remains uncertain for these players and all the circuits that make up golf’s elite.

Currently, LIV Golf is not recognized by the Official World Golf Ranking (OWGR), the body that is responsible for developing the world ranking of the sport. For this reason, not a single point is distributed for this classification in the different events of the Saudi circuit. To this, we must add that many of the LIV golfers are stopping participating in tournaments on other circuits in which points are distributed for the ranking. Therefore, as long as OWGR does not officially recognize these tournaments, its players will suffer a progressive drop in the table, which will also cause other problems.

An add on to the previous chart. This one includes also the #OWGR projections at the end of March 2023 (same assumptions are in place).

It shows that all key exemption deadlines will be missed (Top 64-MP, Top 50-Masters, Top 60-US Open, Top100-PGA Champ) pic.twitter.com/T0STYoMLG4

Twitter user @VC606, who specializes in OWGR projections, posted a prediction that LIV Golf’s top stars will drop in the coming months, assuming they don’t compete in any more scoring events, a very real possibility. Sergio García, now number 69 in the world, would finish the year below the number 130 position, and in March of next year he would have disappeared from the first 150 positions. Others like Dustin Johnson, right now world number 16 (the highest in LIV Golf), could end the year outside the top-50. And other big names like Bryson DeChambeau, Lee Westwood or Phil Mickelson could be out of the top-150 in less than a year.

What does this mean for Sergio García and other players?

This can bring several problems to the members of the Saudi circuit. Until now, the three majors that have been played since the birth of LIV Golf have allowed those golfers classified on their own merits to play (Augusta is the only one that remains to be pronounced). However, if they fall in the world rankings, several of them will not qualify to be in the big tournaments.

In the case of Sergio García, his victory at the 2017 Augusta Masters allows him to play this tournament for life, making it the only major in which his presence is guaranteed. This year, however, he has ended the exemption that gave him that victory, allowing him to play all the majors in the next five years. Therefore, from 2023, the one from Borriol will have to win to be in the other three major tournaments. And he will have it hard. At the US Open, the top 60 OWGR qualifiers qualify, something he will not deliver. In the PGA Championship, they access according to the PGA Tour money list, in which the Spaniard will not participate. And the British Open, finally, is also guided by the OWGR. There are other classification criteria, such as winning tournaments in recognized circuits or registering a good result in the last major, it seems very difficult to see Sergio again in a major other than the Augusta Masters. “I’ll play less, I’ll be more at home, if I don’t play big games, then I don’t play them… I don’t really care either,” Garcia said at the end of the last British Open.

Dustin Johnson, like Sergio, will always be able to compete in the Augusta Masters (unless the tournament prohibits him) as he is a former winner. And in the US Open, in which he won in 2016, he will be able to compete until 2026, because here the exemption is for a decade. Bryson DeChambeau will also be able to participate in this tournament until 2030 and Brooks Koepka until 2028 for his past triumphs (the latter can also play the PGA Championship for life).

More complex, although with a solution, is the situation of Eugenio López-Chacarra. The man from Madrid, who will play his second LIV Golf tournament next week in Bedminster, has no ranking in the OWGR. This is because, until he joined the Saudi circuit, Chacarra was an amateur, so he could not access the world ranking. Now, as a professional, he will not be able to be in majors or other relevant tournaments by not meeting the qualification requirements (unless he receives an invitation). However, when he ends his contract with LIV, Chacarra could explore joining the PGA Tour, where he would not be barred from entering, and from there start racking up ranking points. Many unknowns to clear in the future.

It’s not discus throwing, basketball, or golf; it is disc golf and it is practiced more and more in Santiago
Historic consecration of Paraguay in golf
Couple assaults man with golf club in Guaynabo
GOLF 1256

Loading...
Newer Post
Formula 1: the battle between Arnoux and Villeneuve in 1979, one of the most remembered in history
Older Post
Hulu releases the first trailer for ‘Mike’, a series based on the life of boxer Mile Tyson