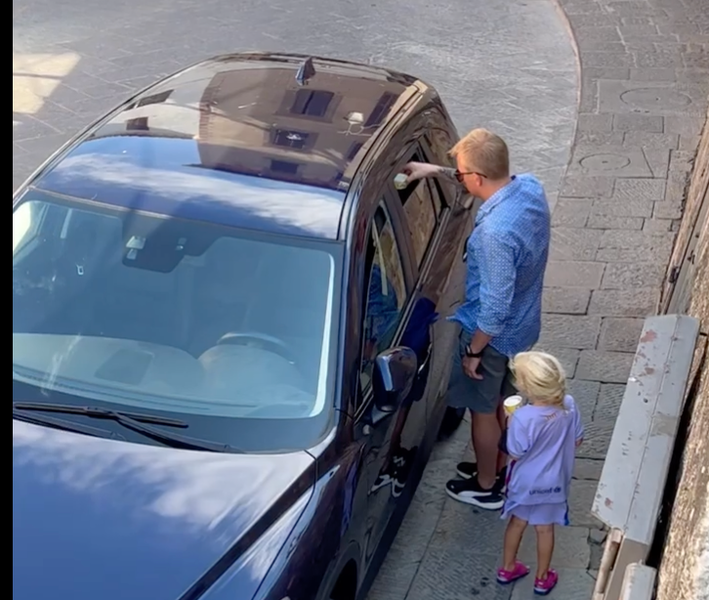 'The Iceman', that is how Kimi Raikkonen, one of the Formula 1 drivers with the best career in motorsport history, has alway

‘The Iceman’, that is how Kimi Raikkonen, one of the Formula 1 drivers with the best career in motorsport history, has always been known. Last year he retired from the Great Circus at the age of 41 and now enjoys a well-deserved vacation and a life of luxury with his family.

The former Ferrari driver was walking through Tuscany with one of his daughters while they both enjoyed an ice cream when they suddenly saw a dog in the back of a car, only a small part of the window was open and they saw how the The animal was quite suffocated so Kimi emptied his ice cream, filled it with fresh water and gave him a drink.

Apparently a neighbor recorded the moment and Gino Rosato, a member of the Ferrari team, shared it on his social networks and it immediately went viral.

Without a doubt, a beautiful gesture from Raikkonen, who also set a good example in front of one of his young daughters. In summer and with these high temperatures, there are not a few people who leave their pets in the back of their cars and go on an errand, or even some directly forget and leave them there, animals too they are hot and unfortunately some even end up drowning.

Tags: Ferrari, Italy, dailypositive
Hungarian GP 2022: Results of the free practice 2 of the Formula 1 Hungarian GP
When does F1 return after the holiday break?
F1 Briefing Up to Date: 2021 Turkish Grand Prix
FORMULA 1 1999