The athletes who own NBA teams 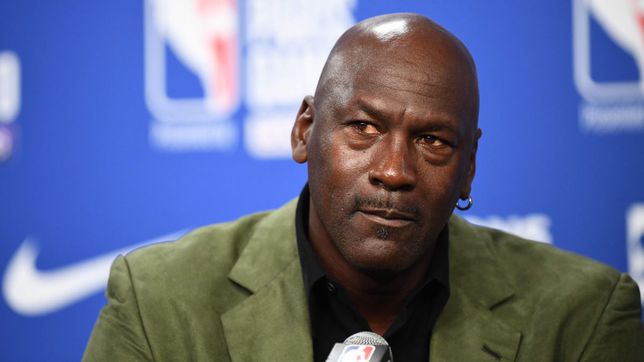 The latest reports indicate that the boxer Floyd Mayweather Jr. and the basketball player LeBron James want to be the owners of the next NBA franch

The athletes who own NBA teams

The latest reports indicate that the boxer Floyd Mayweather Jr. and the basketball player LeBron James want to be the owners of the next NBA franchise in Las Vegas, Nevada and in AS we count the athletes who own teams in the best basketball league of the world.

The greatest player of all time is the majority owner of the Charlotte Hornets, dating back to 2010 when they were still called the Bobcats. Jordan became the first former player to be a majority owner of an NBA franchise. Since then, the Hornets have qualified for the playoffs twice and have a record of 396-545 in the regular season.

Ryan Smith is the owner of the Utah Jazz, however, in April 2021 Dwyane Wade joined as a minority owner of the team where shooting guard Donovan Mitchell and center Rudy Gobert rule.

Hill, a seven-time NBA All-Star, is co-owner of the Atlanta Hawks. In 2015, the former basketball player partnered with Tony Ressler, founder of Apollo Global Management, to buy the team where Trae Young now plays.

Although most of the players on the list are basketball players, the former baseball player will become the majority owner of the Minnesota Timberwolves along with Marc Lore starting in 2023. This association paid 1.5 billion to acquire the NBA franchise and the Minnesota Lynx of the WNBA.

‘Big Cactus’ also sought to generate income through NBA franchises and the legendary Magic and Lakers center was a minority owner of the Sacramento Kings between 2013 and 2022.

YOU MAY BE INTERESTED: Lakers disappointed Jayson Tatum in the 2017 NBA Draft

The Garden raises blisters: the hoops were higher
“Westbrook has to tell LeBron to get out of the way.”
Philadelphia 76ers – San Antonio Spurs, live
NBA 2834