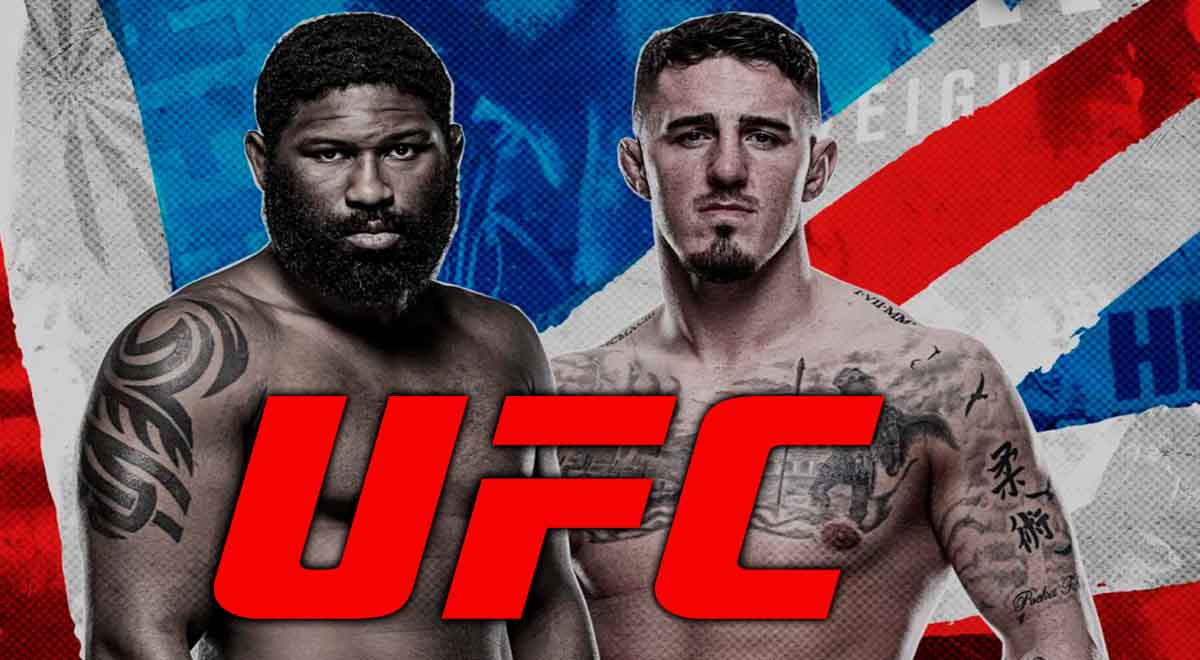 This Saturday July 23, Curtis Blaydes will face Tom Aspinall in the UFC fight (heavyweight category). Without a doubt, a great cross between both

This Saturday July 23, Curtis Blaydes will face Tom Aspinall in the UFC fight (heavyweight category). Without a doubt, a great cross between both fighters awaits us due to the excellent records that each one has.

SEE MORE: UFC Fight Night: billboard, schedules and where to watch the fight between Blaydes vs. Aspinall

The British Tom Aspinall He will be responsible for leaving his country at the top during the UFC 208 to be held in the United Kingdom. The fighter has to face the American curtis blaydes at The 02 Arena. This fight against Blaydes will be a great test that will cause sparks.

Meanwhile, Curtis Blaydes is convinced of beating the British. He arrives with two previous victories and will seek to compete for the world title; for that reason, a victory against Aspunall is going to be very important for his career.

Tom Aspinall: record and biography of the UFC fighter

Curtis Blaydes: record and biography of the UFC fighter

Tags: UFC Fight Night, UFC, UFC Fight Night Blaydes vs. Aspinall
Chilean anticipates his return to the octagon WHEN AND WHAT TIME IGNACIO JAULA BAHAMONDES FIGHTS AT UFC SATURDAY, FEBRUARY 26
“Probably”: UFC would have agreed on the return of Conor McGregor to the octagon with an old acquaintance
Excites his fans: Conor McGregor received an offer to return to the UFC
UFC/MMA 1078

Loading...
Newer Post
Cruz Azul has its sights on the ‘Jewel’ of Uruguayan Soccer
Older Post
F1 2022: Lewis Hamilton and the achievement that only he has achieved this season in Formula 1