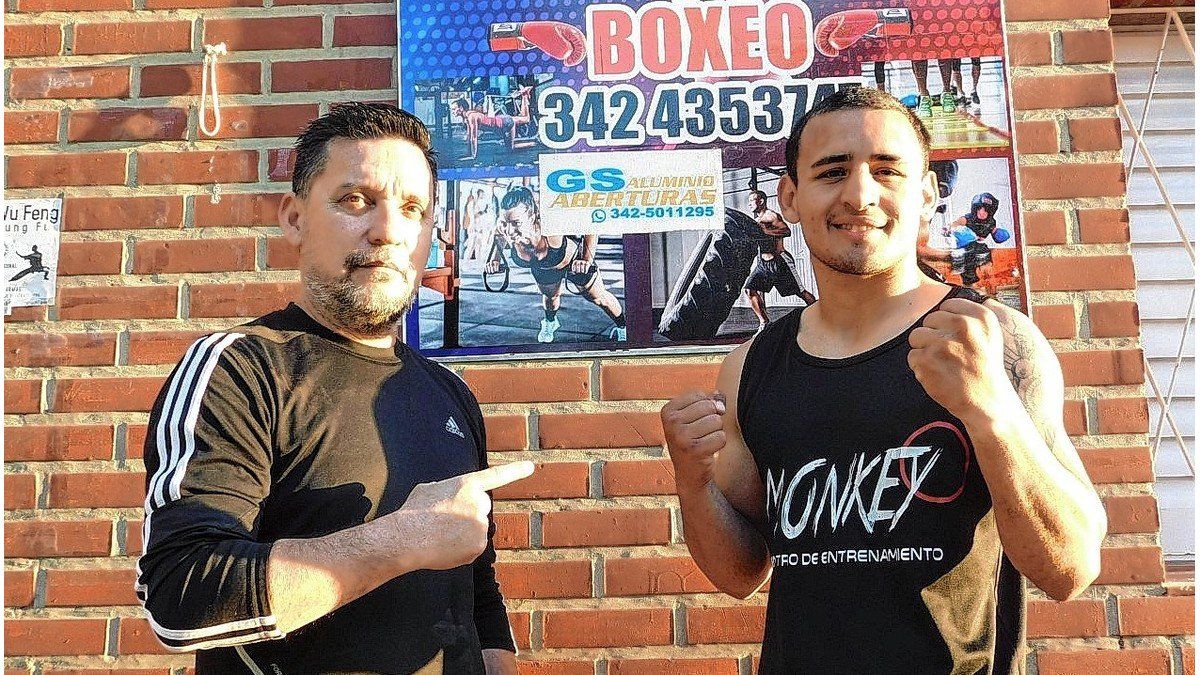 One of the protagonists will be Néstor el Guerrero Fernández, who will face his last fight as an amateur and then move on to the rented field. E

One of the protagonists will be Néstor el Guerrero Fernández, who will face his last fight as an amateur and then move on to the rented field. Ezequiel el Monito Delgado will also fight Leo Del Valle, and eleven other fights that a priori are presented as attractive, because there are high-quality fighters from all over the area. There will be boxers from the Upper, Willie Pep, Chino Box, plus boys from Desvío Arijón, Coronda, Rafaela, San Justo, Esperanza, which ensures a good level of the evening.

“For Néstor it is already the last fight, we are withdrawing because he has already given everything he had to give as an amateur, and in November, everything is ready so that he can become a professional. The festival will feature other fights, which will also have guys who they are closing their cycle as amateurs and will soon become professionals,” Orlando Azcurra told UNO Santa Fe.

Néstor el Guerrero Fernández will face his last fight as an amateur and then go to the rented field.

Azcurra explained that “this year what we will do in Barranquitas is festival number eight, it is very good, people will be able to fight well, we have already expanded to hold festivals in other places in the area. We did two in Esperanza, it was very well, and now on September 23 we are going to San Agustín, a distant town 25 kilometers away. The idea is to move boxing as a show, so that the boys get infected, and see that they can fight often. We have the necessary support, and for that reason we can put on good shows.”

Néstor el Guerrero Fernández is 24 years old, he is from the René Favaloro neighborhood and he started fighting five years ago, since this season at the Parque Garay gym. “I’m very good, I’ve improved a lot, physically especially, which is what I was missing. I’ve improved a lot in my head, psychologically I’ve evolved positively. I’m very good for Friday’s fight, we’ve been working hard, because if God wants to be the last as an amateur”.

“We hope to be able to finish in the best way as an amateur, and if not, we continue to train hard and with the same objective, which is to land professionalism. I already know the rival, we had a draw, we already fought in Rafaela, he is a tough rival, he beats strong, one also trains very hard, to be prepared to face any rival that comes along. It will be a nice fight, there is no doubt that it will be a nice war, in my farewell as an amateur” said the Warrior.

Boxing: Melania Sorroche from Barcelona will compete in the World Cup in France
Canelo was welcomed into the undisputed club by Josh Taylor, while Manny Pacquiao says boxing is in ‘good hands’, Lennox Lewis celebrates another impressive victory for the super middleweight king and Mike Tyson is already a huge fan.
Flag the Chess, Handball and Boxing Selection
BOXING 4202