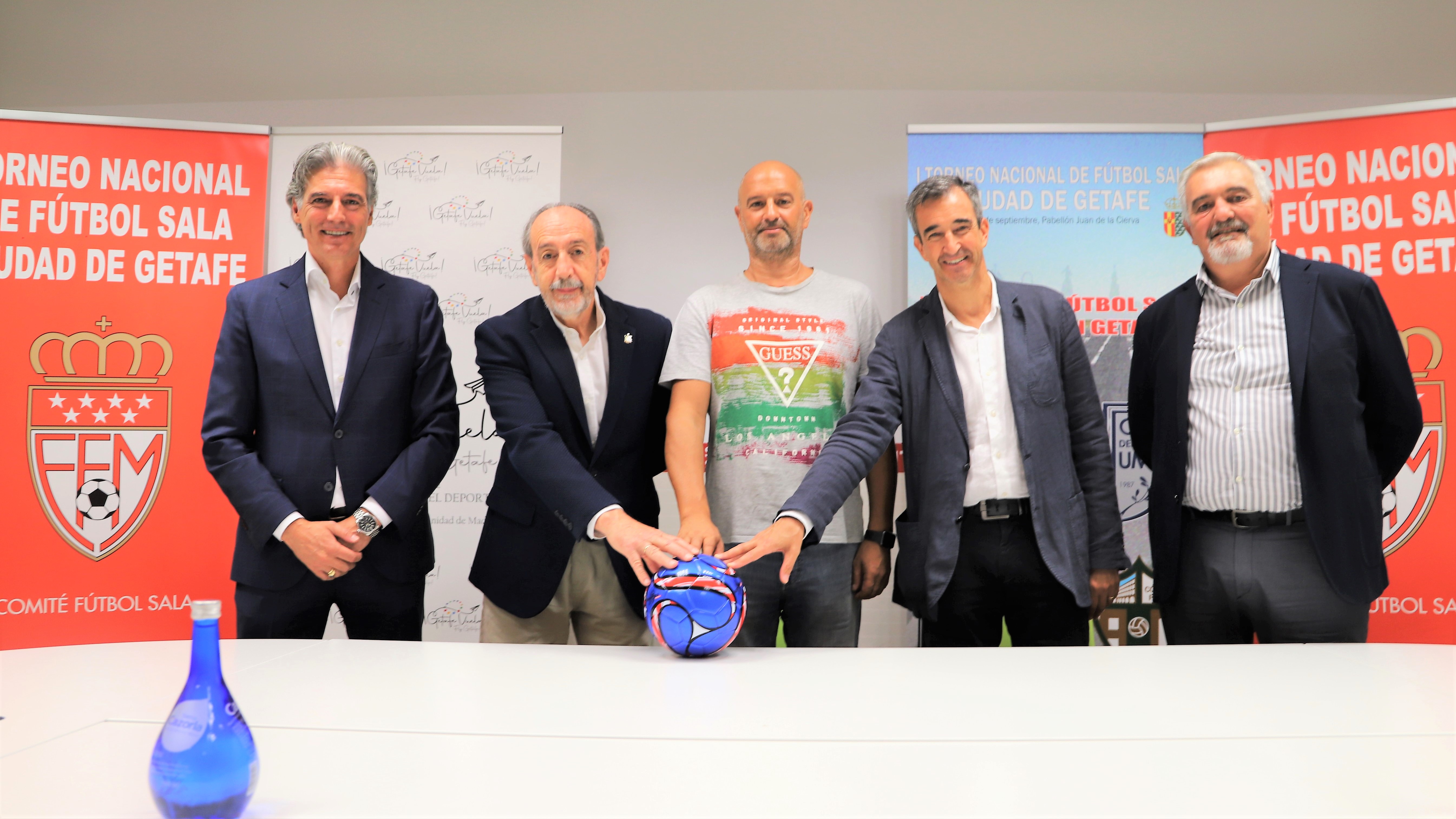 With the official presentation and the pairing draw, today's morning, Tuesday

Paco Díez, president of the Royal Madrid Football Federation, and Javier Santos, Getafe City Councilor for Sports, accompanied by Roberto Gracia, president of the RFFM Futsal Committee, officially presented the tournament before it was held the draw that has paired Córdoba and Valdepeñas in the semifinals to play the first game on Saturday, September 3 at 10:30 am, and Inter and Antequera to play the second game at 12:45 pm.

Also present at the event were the sports vice president of the RFFM, Guillermo Laborda, and the vice president of Institutional Relations, José Gallardo, who acted as an ‘innocent hand’ in the extraction of balls in the draw.

On Sunday, September 4, the third and fourth places (10:30 am) and the final (12:45 pm) will be played. All matches will be broadcast via streaming through the YouTube channel of the Royal Madrid Football Federation (RFFM TV).

The president of the Royal Madrid Football Federation, Paco Díez, valued in his speech the extraordinary collaboration with the Getafe City Council in sports matters, thanking the mayor and councilor once again for their contribution in the organization of this tournament, which for the RFFM represents the sporting start with futsal after the absorption in July of the Madrid Futsal Federation (FEMAFUSA).

Loading...
Newer Post
will go with Durant or Butler
Older Post
Bamba Boxing Club, a boxing school in Veracruz is a benchmark of success for young people