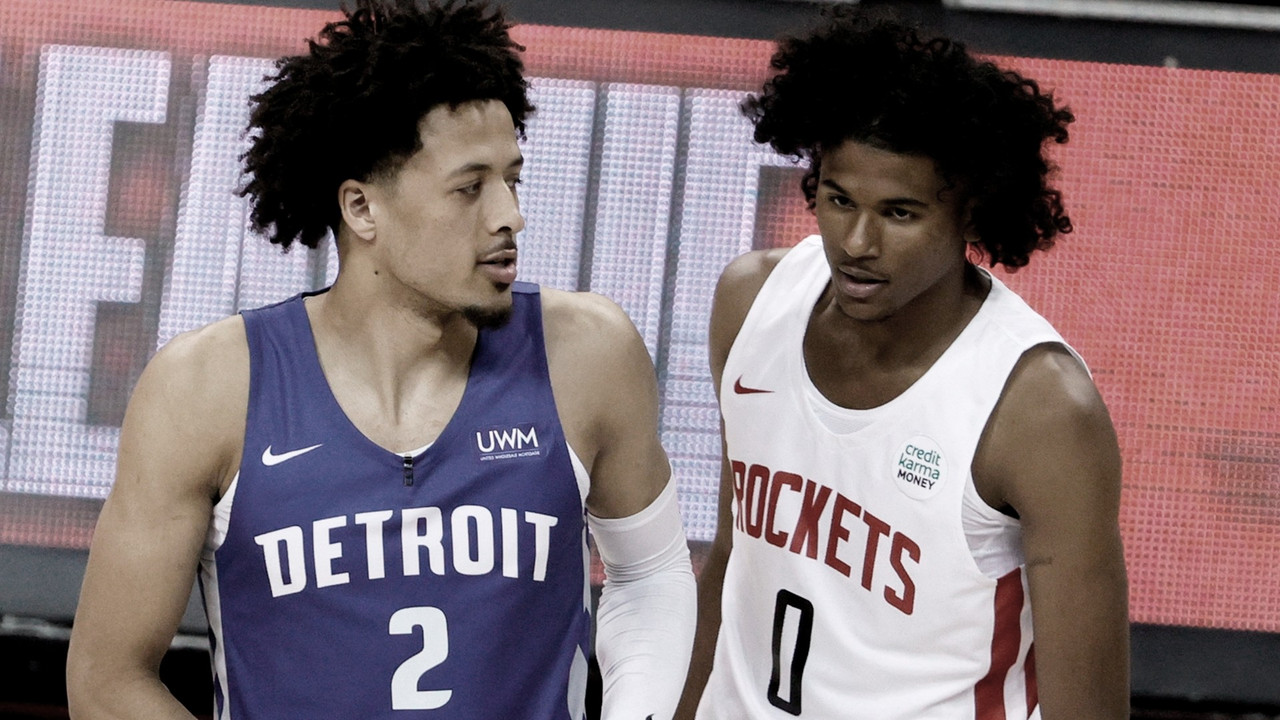 The first part of the rookie season can mark, for better or for worse, a player's future in the competition. Although it does not seem like a deci

The first part of the rookie season can mark, for better or for worse, a player’s future in the competition. Although it does not seem like a decisive period, starting well is always positive and reinforcing, especially for such young players.

There are 8 rookies that average more than 10 points per game, but none of them exceed 15. This data reflects the great quality of these players and their easy adaptability to the league, although it also shows that none of them have been able to exploit and set yourself up as the complete leader of your team. Of some perhaps more was expected, but others have turned into pleasant surprises.

This article will look at the top rookie numbers, as well as their strengths and weaknesses.

Everyone expected a lot from Cade Cunningham, chosen number one in the Draft by Detroit to automatically become their ‘franchise player’. Their shooting percentage numbers leave a lot to be desired. In the 14 games he has played, he has accumulated 33% in field goals (with 14 shots attempted per game, the most of the rookies) and 23.8% in triples. However, at the level of rebounds and assists he is being one of the best rookies, to the point of achieving a triple-double last week in the game that ended with the expulsion of Lebron James and Isaiah Steward.

In his favor, it must be said that adapting his shot may take a while, as has already happened to players with a similar style of play such as Luka Doncic or Bring Young. It also doesn’t help to fall for a franchise with as little talent to surround him as the Pistons.

Jalen Green came into the league with a superstar aura, perhaps similar to Kobe Bryant’s early league years. And the truth is that they have similar styles of play. Green is also a great scorer, who has left a game with 30 points, able to get up in suspension from practically anywhere on the court. If we add to this the vision of the game and great athleticism, there can be one player left to mark an era.

Jalen Green hit SIX THREES in the first half against the Celtics 🔥 pic.twitter.com/T46rU695Qv

Like Cunningham, playing for such an untalented team like the Rockets makes him shine less than he should. His goal until the end of the season would have to be to improve shooting percentages (38% from the field and 28% from 3-pointers) to become an even more lethal player. In addition, for the moment with Green we will have the doubt of whether he can help his team win games or is a mere scorer.

The third in contention of the Draft was Evan mobley. Due to physical characteristics and what he offers on the court, Mobley is a completely different player from the other two. He is a player who is still very green, but who from day one contributes and impacts a large number of aspects of the game. Not only is he the second leading scorer among rookies, but he has the best shooting percentage (49.4%) among rookies who play more than 15 minutes per night.

On a defensive level, Mobley is probably the best player in this draft. A player with infinite arms and the ability both to intimidate in the area and to go out. Although this was already glimpsed last year when he played at USC, some scouts feared that this dominance was not transferable to the NBA. To end up being the total player everyone expects, you need to be more consistent in your shot and expand your range to start scoring from 3.

Evan mobley can do everything. The NBA’s next big thing is in Cleveland. #LetEmKnow pic.twitter.com/fhzq8zZW3J

Scottie Barnes is the favorite to win the Rookie of the Year award right now. And this was a bet that was not in many pools. Barnes has not surprised with his defensive ability (which was already known to be there), but with a game in attack much more polished than expected.

Barnes came to the NBA with a player without a stable jump shot, but those doubts have been largely dispelled in the early part of the competition. To this day he accumulates almost 15 points per game with a 48.9% accuracy in shots. Although he still does not feel completely comfortable shooting 3 (26.3%), he has worked a lot on his medium distance shot and is beginning to be a real threat. Last but not least, Barnes has been a key figure in the Raptors’ good start. He has been able to contribute on both sides of the court and in everything that is not seen in the numbers.

In all drafts there are ‘steals’, players chosen in low positions that end up being very useful, and the 2021 Draft has been no exception.

The clearest ‘steal’ profile is Chris Duarte’s pick for the Pacers. He averages more than 13 points per game and has established himself as an important player in the rotations of Rick Carlisle. Duarte’s maturity and play reading are consistent with what is his weakest point: his 24 years of age. However, Duarte can establish himself as a rotation player more than valid for any team in the league.

Another pleasant surprise is the Turkish center of the Rockets chosen in position 16: Alperen Sengun. He had already been MVP of the Turkish league with Besikhtas, but his adaptation to the NBA was not clear, since most of his points were obtained through a physical dominance difficult to transfer to the NBA. Oblivious to everything and with the added difficulty of not being fully fluent in English, the Turk is getting off: averaging 9 points and almost 4 rebounds in 18 minutes on the court. And it has shown great game vision and a much improved launch of 3. Plus, it has left some brilliant action behind.

Finally, another discovery has been Herb Jones, second round of the Pelicans. His numbers are not spectacular (6 points and 3.3 rebounds), but it has been proven that he is a valid player for the NBA. This is no surprise to anyone who saw him play at the University of Alabama in his senior year, in which he was voted player of the year and best defender in his conference.

Loading...
Newer Post
Why do Serie A players come out with a red spot on their faces?
Older Post
Juventus, investigated for fraudulent payments to Cristiano Ronaldo