The boxer who “fought a ghost” dies 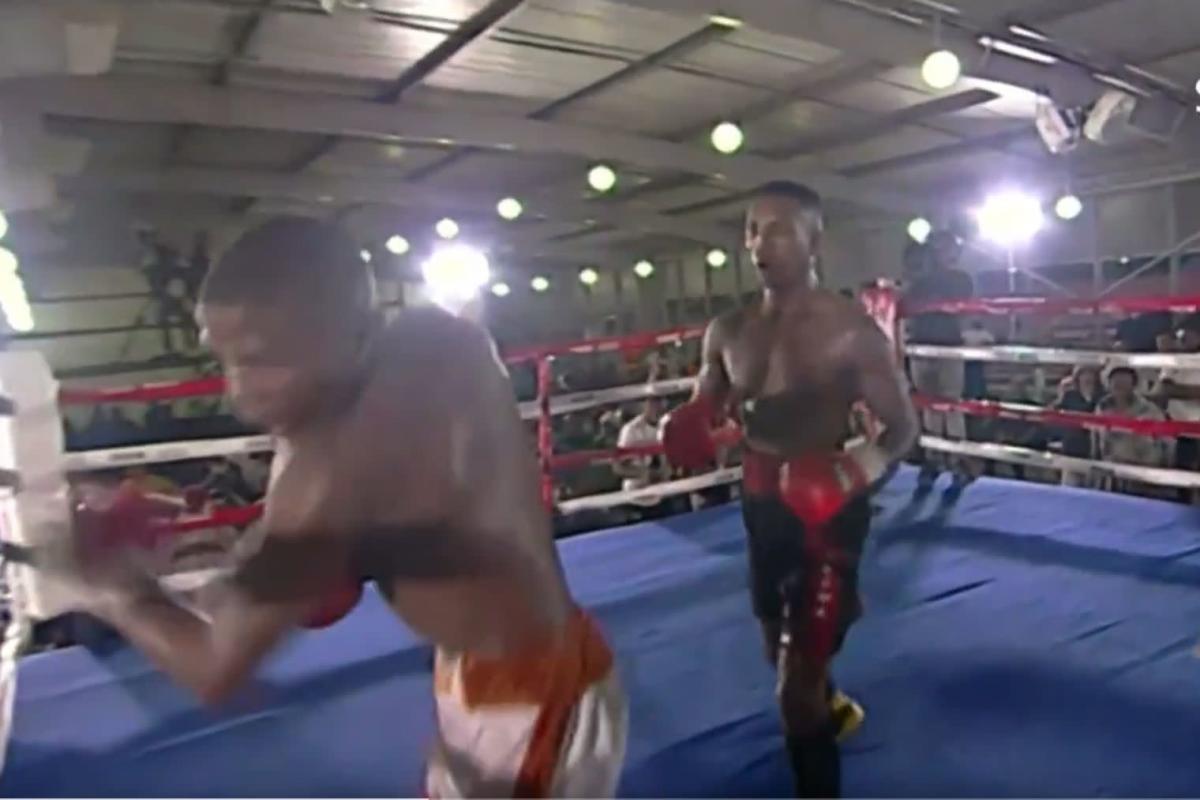 Shock in South Africa: Simiso Buthelezi throws punches into the air as rival Siphesihle Mntungwa looks on in surprise; a few hours later, the firs

Shock in South Africa: Simiso Buthelezi throws punches into the air as rival Siphesihle Mntungwa looks on in surprise; a few hours later, the first died of a brain injury.

An alarming situation unfolded last weekend in Durban, South Africa, in a boxing match for the vacant African Federation lightweight belt starring Simiso Buthelezi and Siphesihle Mntungwa. Lthe fight ended abruptly in the last round, when the first, who had dominated the development, he began to throw blows at nothing, as if fighting against a ghost, forcing the referee to end the match. The boxing world has just been shaken as Buthelezi’s family and Boxing South Africa announced his passing.

South African professional boxer died after being hospitalized after his fight against Mntungwa. According to Boxing South Africa, Buthelezi, whose trainer Bheki Mngomezulu had said his pupil was in a coma and that doctors had found “a blood clot in his brain due to a blow to the head”, died of a brain injury in the last few hours. He was 24 years old.

“Towards the end of their fight, Mr. Buthelezi collapsed and was taken to hospital and it was discovered that he suffered a brain injury that resulted in internal bleeding,” the South African entity reported. “At the hospital, Mr. Buthelezi received the best possible care, but he succumbed to the injury,” he added.

“I really can’t explain what happened to be honest. He was unnerving, but in training him and preparing for the fight, there was nothing wrong with his condition. He was fine before the fight,” Buthelezi’s trainer expressed.

The tenth round of the fight was passing when, in the middle of Buthelezi’s attack, his rival was about to fall out of the ring, between the ropes, and had to hold on so as not to leave the ring. At that point, the referee asked Buthelezi to go to the neutral corner and waited for Mntungwa to return to the ring. Once the third man was satisfied that the boxer who returned from between the ropes could continue, he resumed action. And there a shocking image was lived: When it looked like Buthelezi was going to charge in for the knockout, instead of going towards his opponent he went to the side and started throwing punches into the air, as if he were fighting a ghost.

The boxer was left throwing impacts at nothing and turning his back on his opponent, who was looking at the absurd scene in surprise. Quickly, the referee hugged Buthelezi and signaled the end of the fight, which Mntungwa won by TKO in the tenth round. Buthelezi was removed from the ring and transferred to a health center for studies, where he finally died.

Boxing South Africa reported that an investigation into the fight and death is underway. The deceased athlete, who was undefeated in the ring before Sunday’s fight, had recently graduated from college with degrees in botany and zoology.

Boxing coach faces hearing for alleged abuse of 2 minors
A great amateur festival was announced in Barranquitas
Boxing: Has Mayweather squandered 1.1 billion? : “He’s broke and he spent the money on girls”
BOXING 3165