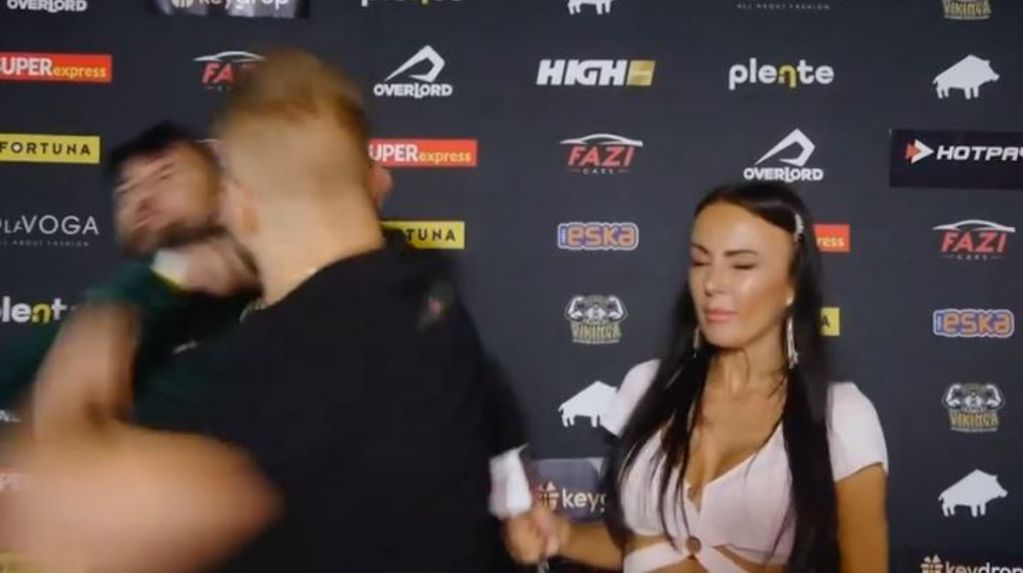 Polish MMA fighter Amadeusz Roslik violently attacked YouTuber Sadek in the middle of a live interview. The blow to the jaw was such that the vict

Polish MMA fighter Amadeusz Roslik violently attacked YouTuber Sadek in the middle of a live interview. The blow to the jaw was such that the victim ended up being out of the wide shot of the camera.

The brutal blow occurred just a few seconds after the Youtuber began answering questions from journalist Monica Laskowska. As the man was in the middle of a response, Amadeusz “Ferrari” Roslik, a professional MMA fighter, walked up to the two and punched Sadek in the face.

Also read: He was the victim of the KO of the year in MMA, lost consciousness and said: “The feeling was terrifying”

Roslik’s punch knocked Sadek to the ground and even caused him to hit a wall first. When he got back to his feet, a dazed Sadek could be seen wiping blood from his mouth.

MMA fighter Amadeusz Roslik knocked out a Youtuber in the middle of an interview.

Alleged comments that sparked the wrath of “Ferrari” Roslik

According to the TMZ medium, several reports indicated that Roslik had become upset with Sadek for the comments he had made about the fighter and his family.

Despite the brutality, the fighter will not face any disciplinary sanctions or legal ramifications derived from the situation, according to MMANews.

Tags: Youtuber, MMA
Ecuadorian MMA fighters triumphed in Mexico at the UWC 29 event
Floyd Mayweather Jr. to face MMA fighter, Mikuru Asakura, on display in Japan
An MMA fighter is left without a testicle by a blow
UFC/MMA 1198

Loading...
Newer Post
FIFA 23: The promises of football with five stars in skills
Older Post
They regretted it: Mick Schumacher is left without an option to continue in Formula 1