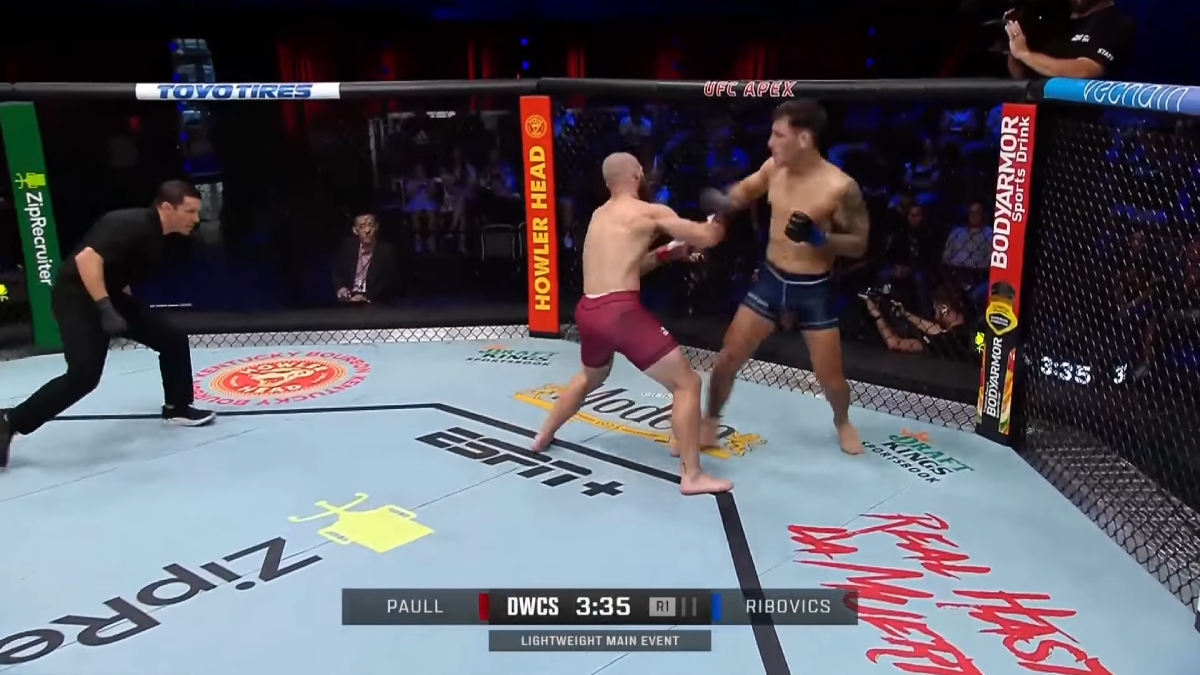 A new Argentine promise enters the world of Ultimate Fighting Championship (UFC). Stephen Ribovics shined on reality night “Dana White’s Contender Series” with a brutal knockout of English Thomas Paull and he won the opportunity to fight in the highest circuit of mixed martial arts (MMA) on the planet.

The program in which the 26-year-old Argentine participated is a promotion regulated by the American Dana Whitepresident of the UFC, who organize fights on a weekly basis to find new talent and bring them to the main company of MMA. The main slogan is that none of the participating fighters have another active contract in their possession.

In the duel against the British, Ribovics knocked his rival down with a tremendous right hand just 90 seconds into the first round. Once Paull fell to the canvas, the Gringo pounced on his and applied a series of blows to his face. Seeing that the Englishman did not offer any resistance, the judge decided to end the fight.

In this way, the native of Salta will land in the UFC with an impotent undefeated 11-0. “I can’t believe it yet, but from another side yes because we train hard for this. Hard work has its reflexes. More than happy. I still can not believe it. I came to stay. I went out to snatch it, I wanted to win the contract. I’m honest, I don’t remember any fight myself, when the bell rings I go into ‘assassin mode’ and I can’t remember,” Esteban said after the fight.

“It’s my dream, I’ve been breaking my back for a long time for this. What happiness, one more Argentine. I dedicate this victory to my mother who is the one who always helped me, thanks to her I am here. I am 26 years old and to this day she supported me, so to speak. Ma, I promise you that I will give you back every drop of sweat you shed for me,” added the Argentine before the microphones of “Dana White’s Contender Series.”

This is not the first time that Esteban Ribovics has knocked down his rivals quickly. In early 2022 he faced Franco Aranda at Samurai Fight House and dropped him to the mat in just 27 seconds. In addition, in December 2020 it took just 7 seconds in knocking down Jose Arauz in the framework of the Fusion Fighting Championship.

A new classic MMA fight? Justin Gaethje defeats Michael Chandler in a spectacular and brutal combat and both are hospitalized
Mark Hunt follows the war with the UFC and Dana White: “You are not going to get rid of me, you better kill me”
You are motivated! Cody Garbrandt warns his next UFC rivals
UFC/MMA 1219