The champions will emerge in the Municipal Soccer League 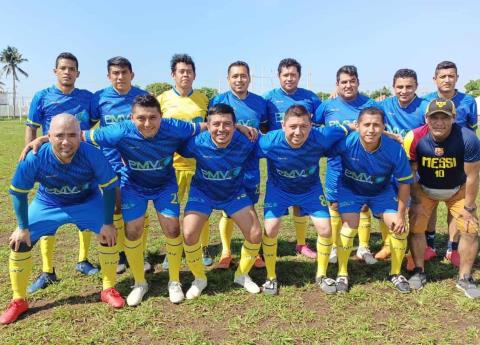 After intense activity and riding with the ravages that almost two years of confinement have left them due to the collateral effects of Covid-19, t

After intense activity and riding with the ravages that almost two years of confinement have left them due to the collateral effects of Covid-19, the longest-running sports organization in the southern area of ​​Veracruz, the Coatzacoalcos Municipal Soccer League, during this Friday and Saturday, will be carrying out the endings of its 2021-2022 season, at the “Rafael Hernández Ochoa” stadium, corresponding to its three divisions, First, Second and Third Force, respectively.

According to the reports provided by the leader of this organization, José Ribón Zárate, the first final match, corresponding to the Second Force category, will be between the PMV and FC Leones clubs, which concluded as the best in positions 1 and 2, of the general table, respectively. The match is scheduled for 7:00 p.m.

The other matches that will mark the culmination of the season are scheduled for this Saturday, August 20, on the same stage.

The first will begin at 4:00 p.m., between Deportivo Oliva and Amigos de Chelsea, clubs that were placed in the Tercera Fuerza.

And in the main game to give the bolt, the Restos del Mundo squads will play against the eleven Topografía Yescas Canticas, and the duel will take place at 6:00 p.m., within the First Force category.

On the other hand, the winners were announced in the individual scoring department, being as follows. Juan Roberto Salcedo Cárdenas, from Real Maxxam with 32 goals, in the First Force. Gustavo Rosas Ortíz, with 30 goals from the FC Leones club and David Bautista Chávez, with 34 goals from the River Club.

Finally, it was confirmed that at the end of the main event tomorrow, Saturday, the trophies will be awarded to the winners. Some members of the Buenos Aires council headed by Mayor Amado Cruz Malpica, as well as the Municipal Directorate of Sports, were invited to this act.

La Familia: Fans of Inter Miami Club de Futbol | Your Local City
Cerro, Olimpia and Libertad, in the round of 16 with reinforcements – Football
Andres Guardado and Real Betis; Is it registered, sold or transferred?
FOOTBALL 3661