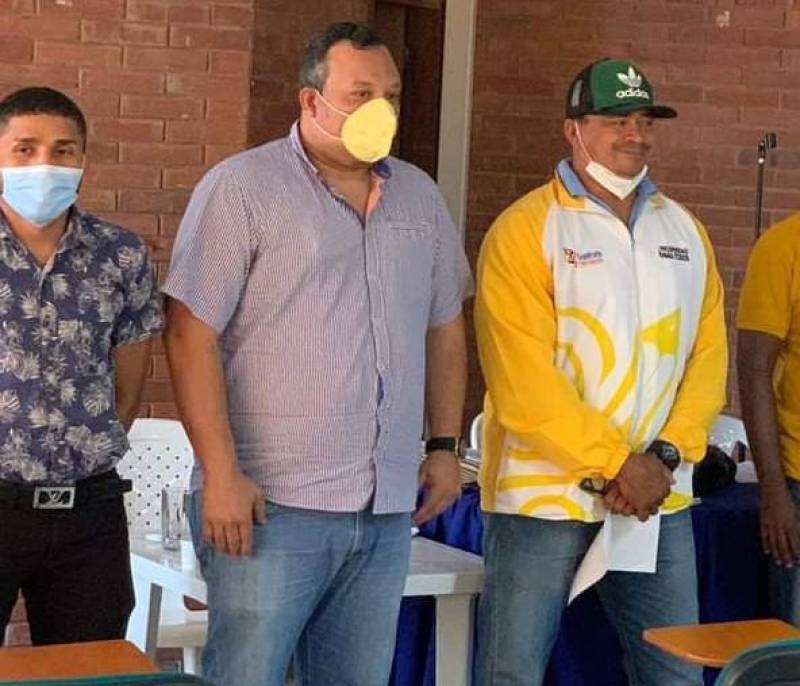 The members of the board of directors of the new Sucre Boxing League divided the positions and took an oath, committing themselves to perform with

The members of the board of directors of the new Sucre Boxing League divided the positions and took an oath, committing themselves to perform with excellence the tasks for which they were selected in favor of said sporting discipline.

The position of president was in the hands of José Teherán Alviz, former director of the Municipal Institute for Sports and Recreation of San Onofre, Imdes, while the former boxer and technologist in Physical Education, Odrin Bello, will serve as vice president.

Meanwhile, the task of secretary will be carried out by Mauricio Morales Villalobos, lawyer; Celso Ortega Berrío, teacher and former boxer, will be the treasurer, and Faider Hernández, also a technologist in Physical Education and former boxer, was appointed as a member.

The new Sucre Boxing League is managing the resources to participate in the national tournament for the Youth category, a competition that will take place in the city of Barranquilla at the end of this month.

&#8220;To make this first participation as a league a reality, we hope to have the support of Inder-Sucre, an institution before which we have carried out due diligence,&#8221; said Vice President Odrin Bello.

The department of Sucre had practically seven years without a head to lead the destinies of its boxing, due to quarrels between its leaders, a situation that did not allow the promotion and development of this sport.

But Sucre can now participate again in the different national tournaments as a member of the Colombian Boxing Federation. It should be noted that since this year Sucre had returned to the national championships, but as a guest.