The chicana of a UFC fighter for Arturo Vidal 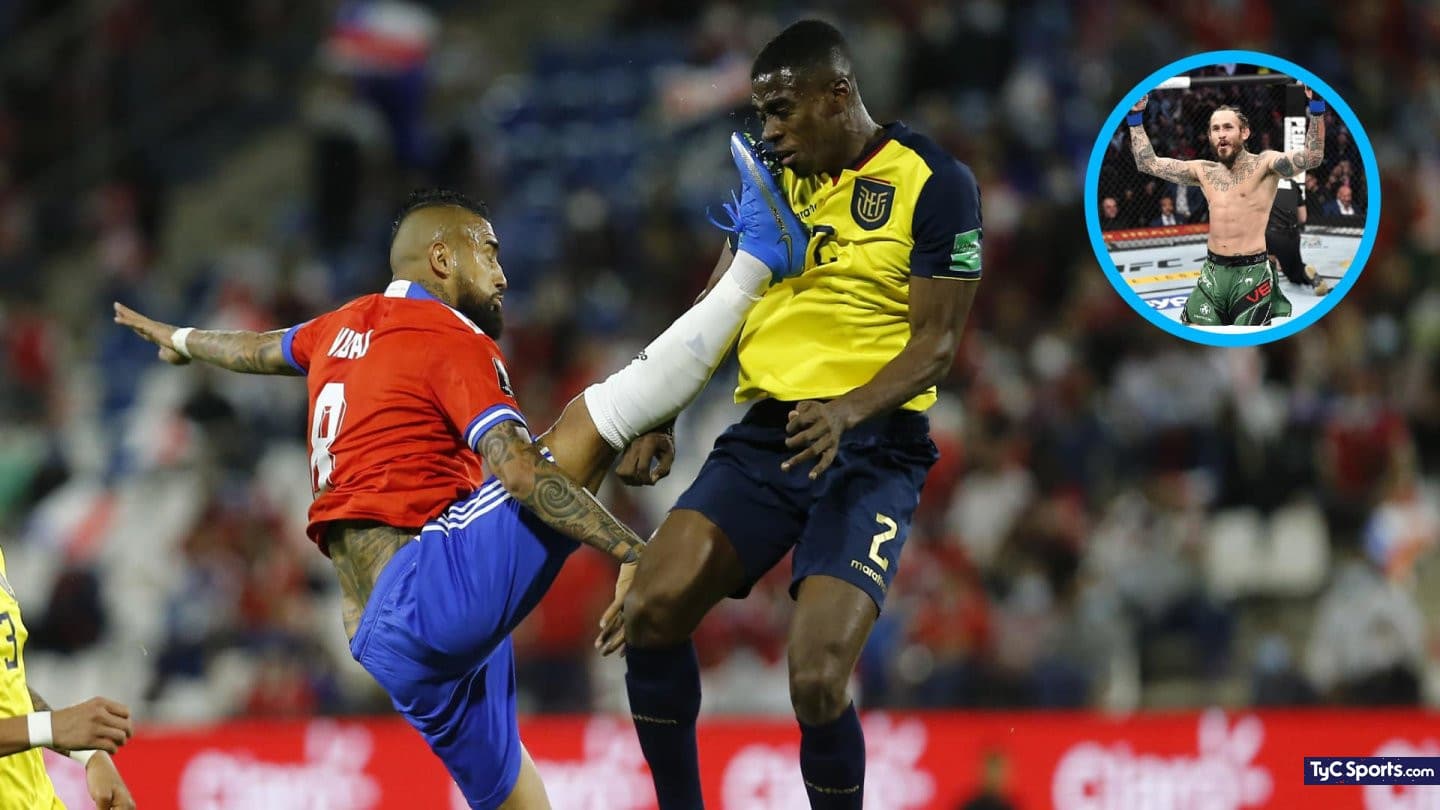 Marlon Vera, Ecuadorian MMA fighter, used social networks to spend it for the expulsion in Chile vs. Ecuador and

The chicana of a UFC fighter for Arturo Vidal

Marlon Vera, Ecuadorian MMA fighter, used social networks to spend it for the expulsion in Chile vs. Ecuador and he even responded to a tweet!

Arturo Vidal left Chile exposed after his early expulsion against Ecuador, on the 14th date of the South American Qualifiers. For that action, he received an unexpected chicana from Marlon Vera, an Ecuadorian UFC fighter.

Barely 13 minutes into the game and, with La Roja already down on the scoreboard by 1-0, he suffered a new blow after the referee showed King the direct red, which raised his leg by excess and hit directly in the face scored by Félix Torres.

Then Martín Lasarte’s team played with 10 men for almost the entire game and ended up losing 2-0 to the Tricolor, a result with which they left the qualifying zone and also the playoffs (they finished sixth).

Disillusioned and saddened, Vidal himself made a heartfelt apology on his social networks. “I cant believe it yet. I can only apologize to my teammates, the coaching staff, my family and my entire country. We will continue fighting until the end !! ”, wrote the current Inter Italia player. 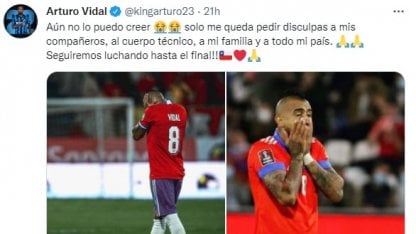 Meanwhile, the MMA fighter was actively using the networks to express his unconditional support for the cast of Gustavo Alfaro, but when Vidal was directly expelled, he soon changed his focus and dedicated a message to him. “Vidal learned the technique very well,” Vera also joked on Twitter.

But it did not stop there, because when the former Juventus made his apology public, the fighter did not hesitate to respond with a spicy comment. “A lot of UFC Arturito,” he replied. How did Arturo take it? 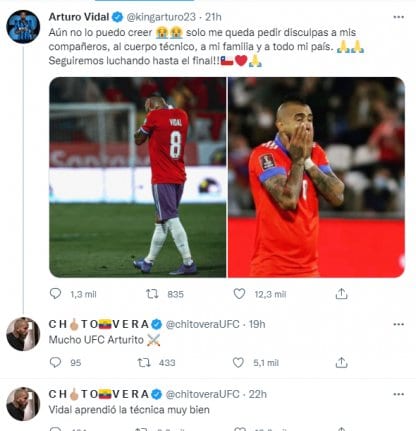 The expulsion of Arturo Vidal in Chile 0-2 Ecuador