The “Chino” Maidana returns to fight: his rival will be Yao Cabrera 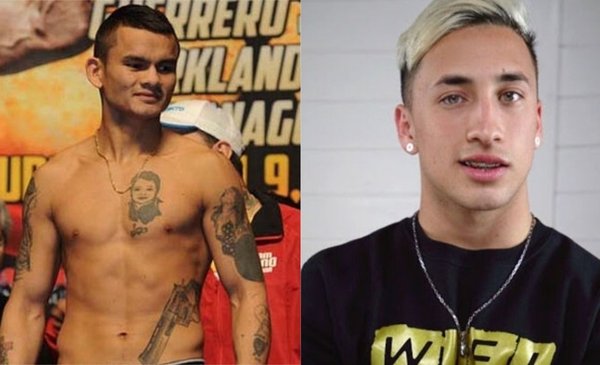 Boxing seeks to have more attractions to generate more people who are aware of what happens in a ring. Now searching for Marcos "Chino" Maidana

Boxing seeks to have more attractions to generate more people who are aware of what happens in a ring. Now searching for Marcos “Chino” Maidana It is the return to activity with an unusual fight with an “influencer” boxer. Marcos Maidana will return to the ring, in this way, against Yao Cabrera.

In the same way that Mayweather stepped into the ring against Logan Paul in Miami, now Chino Maidana will face Yao Cabrera in March next year. The “influencer” and the boxer will fight on March 5 in Dubai, as confirmed by the agency “Legacy Sports”.

A couple of months ago, Yao Cabrera publicly challenged to Marcos Maidana after the fight between ex-boxer Floyd Mayweather and youtuber Logan PaulThe “Chino” accepted the idea and threatened to “strip him” so that he would leave Argentina. Then, with the proposal approved by the Santa Fe, now the Uruguayan made a desperate request for his millions of followers on social networks: wants a coach yes or yes.

“I am looking for a professional boxer, a professional trainer, ok? Yes, because I’m going to fight with the ´Chino´ Maidana, nothing more and nothing less, “the 24-year-old Uruguayan began in a story on his official account. Instagram (@yaocabrera). And he continued: “So if you know someone, write ‘train Yao Cabrera, train Yao Cabrera’. I need someone to really train me “, he was heard saying in a video posted by himself in recent hours.

It all started during the fight between Mayweather and Paul, which only with the sales of the Pay Per View raised more than $ 200 million. The American ex-fighter “could not” knock out the South American character and therefore there were no winners, since no judges participated to score the event. Then, the Uruguayan content creator was encouraged on social networks: “If I lose, I will leave Argentina forever. And, ´Chino´ Maidana, will you bankroll or not?”, public.

Then, via a recording by Marcos Maidana Jr. (“Yoyo”, also known as “Rufus”) came the harsh and forceful response of the 37-year-old from Santa Fe: “Yao Caverga (dixit), look: I do not fight with amateurs or with assholes, but I’m going to beat you up so you can leave the country. ” Meanwhile, “Rufus” clarified in the closing: “I don’t work with those characters, I’m just like you, who want me to shit sticks. And if he doesn’t, I will. ”