If you think you know all the football players, or at least have a good grasp of that world, Missing 11 is the game for you.

games that consist of guess soccer players there are not many, so we must assess Missing 11 as it deserves, a complicated challenge that tests your knowledge about this sport. We have already tried it, and the truth is that it is a most entertaining game in which you have to exercise your memory.

Missing 11 is not just about guessing the name of the player of the day, like the game Footle. In this case, you have to find the name of each of the 11 players that made up a team’s lineup in a specific match. We have already told you that some challenges are not easy at all, but you have the most useful help. 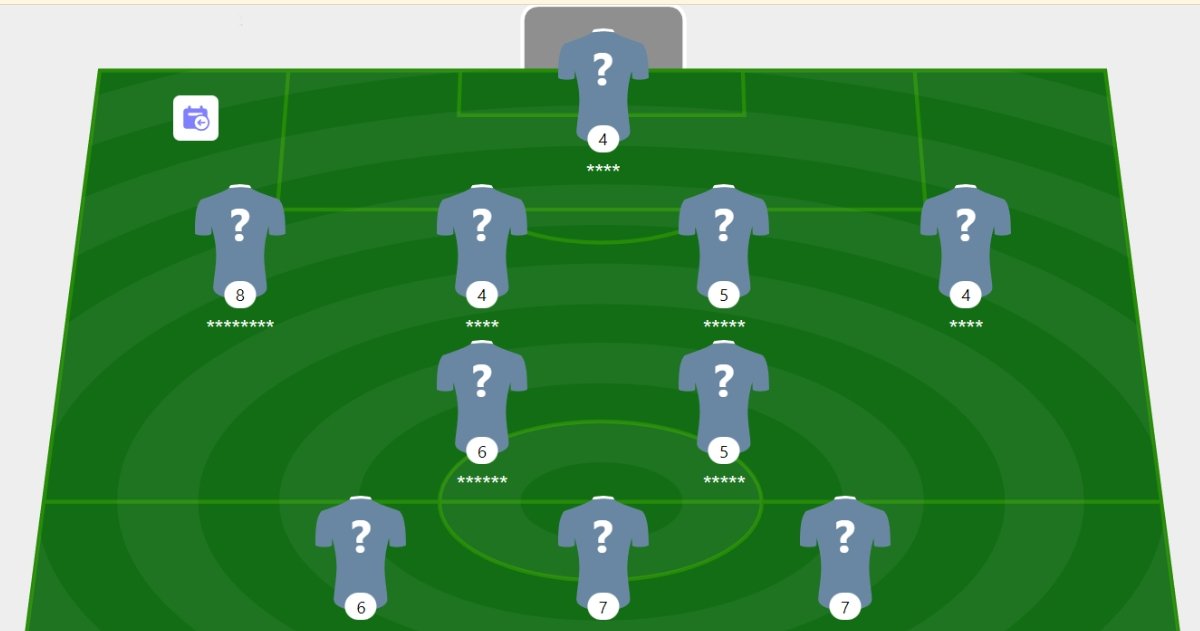 Missing 11 is a game that tests your soccer knowledge.

Missing 11 is a game of guessing soccer players that all soccer lovers will love. It is totally free and can be played from its web version, so it is accessible from your mobile, tablet or computer. You just have to enter the following link and start playing.

you will face an empty squad with eleven players, your task is to complete it with the correct names. To hit the game itself gives you some information about the match to which the alignment belongs. For example, we had to guess the 11 starters for Chelsea against Everton at Goodison Park in the 2011 Premier League game.

Sure you remember some better known players, like Lampard or Terry, but solving other positions is much more complicated. It is not impossible, because Missing 11 integrates a kind of Wordle inside each player which will help you resolve the name in question. The operation is the same as that of the original Wordle: you enter a name and, from the colored clues you try to guess the solution.

Once you finish the game, you will be able to face other empty lineups with the aim of completing them with the correct names. According to the tests we have carried out, the variety of leagues, teams and seasons is very wide, so you will have to master international football to succeed. If not, at least you can use your knowledge of Wordle to find the 11 solutions.

If you like soccer and remember players like Del Piero, Gerrard or Raúl, Missing 11 is a game that you have to give it a try. Do you know as much about soccer as you think?

Loading...
Newer Post
Mike Tyson showed how he has fun in his luxury saloon
Older Post
(VIDEO) Knockout of the year? brutal kick to the head in the UFC