The complicated childhood of Gennady Golovkin by the Soviet empire 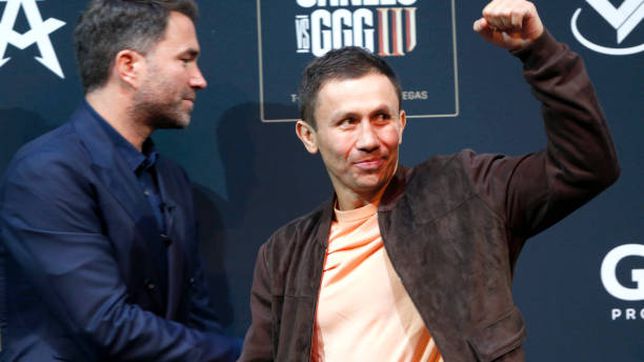 Gennady Golovkin is ready to close out the trilogy against Canelo Alvarez in what promises to be one of the best fights of the year. However, the

Gennady Golovkin is ready to close out the trilogy against Canelo Alvarez in what promises to be one of the best fights of the year. However, the path has not been easy for the Kazakh boxer, who before his career as a professional boxer, lived a complicated childhood.

Despite being born in Kazakhstan, which at the time was a territory of the Soviet Union, Golovkin carries Korean blood. This is because the mother of the boxer who goes by the name of Elizabeth Park was a refugee from the Asian country and the father of the mother of ‘GGG’ moved to Soviet lands before the invasion of Japan.

Golovkin grew up with three brothers, however, two of them died in combat in the 90s, this when the Soviet Union was in conflict with the United States in the so-called ‘Cold War’. Vadim died in 1990, while Sergey passed away in 1994. Neither body was released and the family had to have a funeral without them.

YOU MAY ALSO BE INTERESTED IN: Canelo believes that LeBron can succeed in boxing

His twin brother who paved the way for him

The third brother was born on the same day as ‘GGG’. In fact, Max, who is the Kazakh’s twin brother, had more skills than Gennady himself, however, there was one fact that caused him to decide to step aside.

Both were the best boxers in Kazakhstan and had to face each other in the ring to decide who would attend the 2004 Athens Olympics. Max decided that everything would be decided at home and therefore he preferred to give his brother the opportunity.

“Because Gennady is 15 minutes older, it was decided that Max would stay home. Max was not as dedicated as Gennady, everything had come easier for Max than it has been for Gennady because he was more talented, but he was not as disciplined ”Abel Sánchez recalled a few years ago to Izquierdazo.

Viral: African boxer Richard Lartey lost by KO in 45 seconds but his fall raised doubts among fans | VIDEO | NCZD | SPORT-TOTAL
Boxing: Cuban Rigondeaux disappoints in Dubai and points to the end of his career
Pugilists are ready for stellar fights on the boxing card | AlMomento.Net
BOXING 4168

Loading...
Newer Post
Who will be the 2022 NFL champion according to bookmakers?
Older Post
Jacques Villeneuve, de Ricciardo: “At least half of his Formula 1 career has been bad”