The controversy in the use of VAR reaches futsal 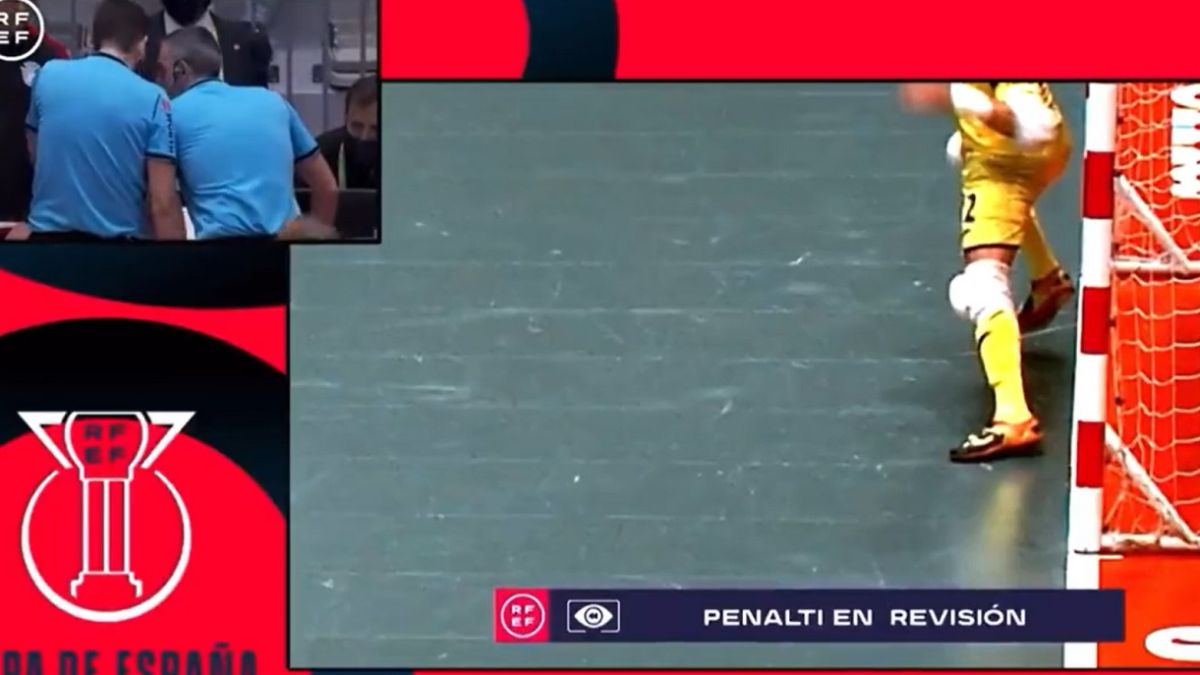 Barça won the Spanish Cup last Sunday in Jaén against ElPozo, which was celebrated by both teams, but which finally traveled to the Barça museum.

Barça won the Spanish Cup last Sunday in Jaén against ElPozo, which was celebrated by both teams, but which finally traveled to the Barça museum. After the score reflected 3-3 at the end of extra time, the winner of the tournament was settled in a penalty shootout that is already the history of national futsal with the role of VAR. In this case, it’s known as VIR (Video Instant Replay), and it was key. In the shootout, each team had an opportunity to request video arbitration. Unlike in football, where all shots are reviewed if the goalkeeper is on the line, here it is on request: teams get a chance (if they hit, they stay). Referees can also go on their own initiative.

ElPozo ‘wasted’ his option. Barça kept its bullet for the final launch, the one that Juanjo stopped against Pito and gave the title to the Murcians for a few seconds. There were people from staff Catalan with direct vision over the goal line to claim if necessary, as it happened. On behalf of ElPozo, Mati Rosa missed a penalty twice: in the first, after being checked after Feixas got ahead, and the second the goalkeeper was also arrested, due to ElPozo’s complaints that the goalkeeper had also gone ahead again. It was not reviewed. “It’s the biggest scandal in the history of this sport,” said ElPozo’s Argentine coach, Diego Giustozzi.

The controversy and lack of custom is also generated because the VIR is hardly used in Spain: only in Cups and Super Cups so far. Its use is for situations of goal or no goal, direct red card, end of the game with the clock running or not, identity errors in warnings and penalties. “We believe that Juanjo’s stop was correct. We do not understand the reason for not reviewing Feixas’ second stop. We are sorry to end like this”, they point from ElPozo. The controversy does not stop.