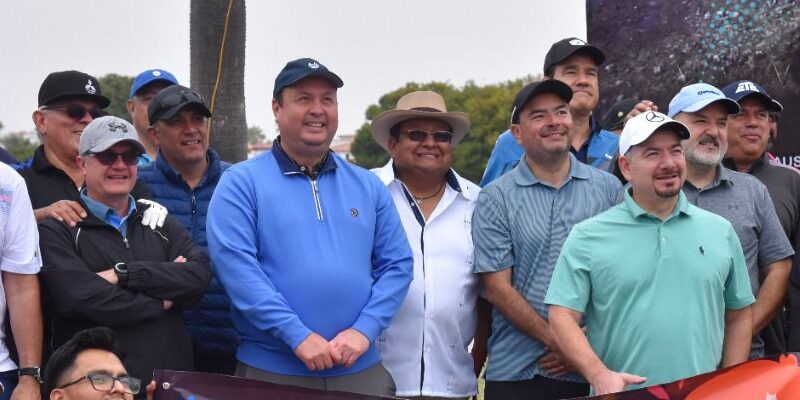 ENSENADA, JUNE 12, 2022.- Index Zona Costa BC held its traditional golf tournament in its 29th editionwhere 160 players gathered, including businessmen and opinion leaders from the manufacturing sector.

The 160 players enjoyed a spectacular view at the Baja Mar golf course, in a formidable morning with a wonderful climate that favored the exchange of relationships and networking, which was very happy and very successful.

The 29th Index Zona Costa golf tournament BC was listed by some of the attendees as the best tournament of the year, with a forceful organization.

The initial cane was given at 9 in the morning and was in charge of Pedro Montejo Peterson, president of the Maquiladora and Export Industry Association (Index Zona Costa BC)who, accompanied by leaders from the manufacturing and industrial sectors, kicked off a tournament that is undoubtedly committed to social causes.

And it is that this year it is supporting “Gabriel House”, an orphanage that cares for 30 children with disabilities and is located in the Maneadero area in the municipality of Ensenada.

In addition, the presence of more than 45 participating sponsoring brands was highlighted and they made it possible for one of the best golf tournaments of the year to take place.

The participation, in addition to copious, was of a high sporting level, since it was reported that the difference in points between the first 3 places was by thousandths, which speaks of a very close tournament, to the extent that 16 teams shot below 60. He also highlighted that the Volvo 2022 truck marked as a HOLE IN ONE award, had 7 very close opportunities to be delivered.

This year’s winners went in third place to the foursome made up of Rodrigo Núñez, Raúl Murillo, Alberto Chairez and Jorge Chávez with 56, the second place went to the team made up of Miguel Enciso, Ernesto Galáz, Luis Ibarra, and Arturo Janter with 55.3 and the first place went to the foursome made up of Francisco Vázquez, Edgar Mora, Adalberto Abasolo and Sebastián Abasolo with a net of 54. The closest to the pin went to José Luis Forlom at hole number 9 and Francisco Montaño at hole 15; the award for the longest drive was given to Fidel Gutiérrez. The women were represented by Cinthya Salas and Diana Vital participated as players with a high level of sport.

The organizers of the event carried out dynamics for the delivery of more than 80 gifts and the participation of a local rock group put the final touch on a memorable day.