The crack of golf: the punishments arrived for 17 PGA Tour players who performed in the Arab league 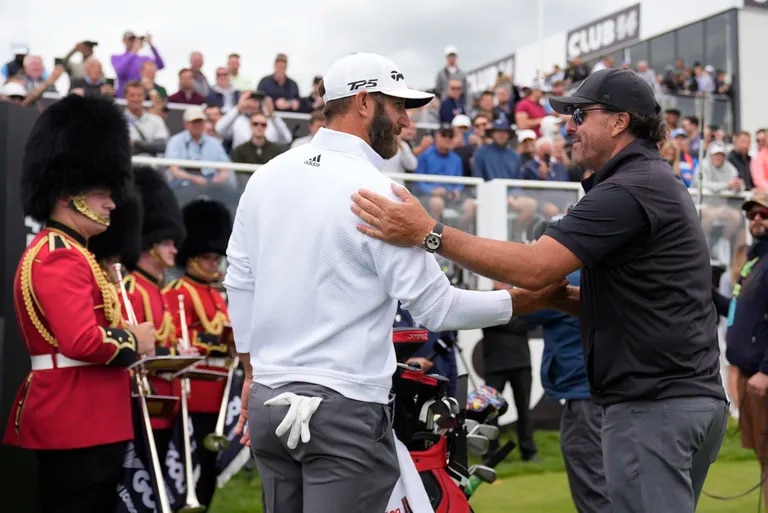 It was enough for the “rebels” to hit their first shots in the inaugural LIV Golf Series for the PGA Tour to announce indefinite bans for several of its members – including Phil Mickelson – who showed up to play at the Centurion Club in St. Albans , North London. As anticipated, it was an explosive Thursday, with a bloody distribution of punishments that came through a statement. But in addition, it was a movement aimed at dissuading more desertions, promising to do the same with any professional who later joins the new tour, financed with Arab funds and driven by the Australian Greg Norman.

In the letter addressed to members of the PGA Tour, Commissioner Jay Monahan listed 17 golfers who will not be eligible to compete in upcoming tournaments. The list includes, among others, Sergio Garcia, Dustin Johnson, Branden Grace, Martin Kaymer, Graeme McDowell, Kevin Na, Louis Oosthuizen, Charl Schwartzel, and Lee Westwood, who resigned from being members of the PGA Tour. Others, including life member Mickelson, chose not to break membership.

“These players have made their choice for their own financial reasons,” Monahan said. “But they cannot demand the same PGA Tour membership benefits, considerations, opportunities and platform as you (the member golfer). That expectation disrespects you (the players), our fans and our partners.” harshly questioned the head of the PGA Tour.

“You made a different choice, which is to abide by the tournament rules you agreed to when you fulfilled your dream of earning a PGA Tour card, and more importantly, to compete as part of the preeminent organization in the world of professional golf.” the letter continues, which does not mention Bryson DeChambeau or Patrick Reed, who would be part of LIV Golf starting on the second date, in Portland. In this context, Mickelson is a separate case: suspicion remains that he has already served a suspension after comments related to the PGA Tour were published in February, which he described as a circuit of “hateful greed”. Then, in the days before his LIV debut in London, the six-time Grand Slam winner said he didn’t feel compelled to give up the PGA Tour.

Phil Mickelson, on the 4th hole of the English course, in the inaugural LIV Golf tournamentAlastair Grant – AP

How far are the punishments? Those who are suspended or have resigned will not be able to play on the PGA Tour, nor on its co-authorized tours (including the PGA Tour Latin America), even with invitations from sponsors. Always addressing the players on the tour he commands, Monahan added: “You probably have more questions. Whats Next? Can these players come back? Can they eventually play the PGA Tour Champions? Please trust that we are prepared to address those questions and will address them the same way we have throughout this process – by being transparent and abiding by the PGA Tour rules that you helped establish.”

The text, not very formal, also mentions: “I’m sure our fans and partners, who are surely tired of all this talk about money, money and more money, They will continue to be entertained and motivated by the world-class competition they showcase each week, where there are real consequences for every shot you take and your rightful place in history every time you make it to the elusive winner’s circle.”

In an immediate response, a statement from LIV Golf lashed out: “Today’s announcement from the PGA Tour is vindictive and deepens the divide between the Tour and its members. It is concerning that the Tour, an organization dedicated to creating opportunities for golfers to play, is the entity that prevents golfers from playing. Certainly, this is not the last word on this subject. The free agency era is just beginning and we are proud to have a full field of players joining us in London and beyond.” 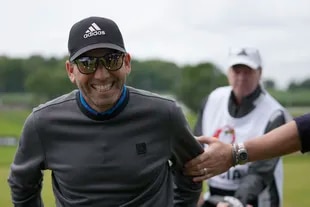 There are some clear things. Players who have withdrawn their membership will be removed from the FedExCup points list after the Canadian Open. These players will not be permitted to play in PGA Tour tournaments as non-members through a sponsor exemption or any other category of eligibility. The document includes an additional commitment that current members of the tour will not be negatively affected, in the form of rankings, tournament eligibility or to compete in the FedExCup Playoffs, by those suspended members who have not yet resigned.

However, many other issues remain up in the air. Although it is known that the US Open will respect – only for this year – the qualification criteria, it will be interesting to know the position that the Masters will take, which is an invitational tournament. The same goes for the British Open, which will have to establish a position soon, since the event -the last major of the season- will be held from July 14 to 17. Meanwhile, the LIV Golf took first, with a streaming similar to a Formula 1 aesthetic: a column with a black background on the left, with the abbreviated names and surnames of the players and the logo of the team they represent.

It should be remembered that 48 players participate, divided into 12 groups of four golfers; a competition whose champion will take nothing less than 4 million dollars and the last 120,000. The endless funds from the kingdom of Saudi Arabia and the economic temptation individually for several of the figures – Dustin Johnson would have been paid $ 150 million for the mere fact of joining the new tour – already produced a serious blow to health of world golf.

Players who anticipated their resignation from the PGA Tour

Loading...
Newer Post
NBA Finals 2022: The Celtics beat the Warriors and regain the lead in the NBA Finals
Older Post
Dana White considers that including MMA in the Olympics would increase the audience