The craziest hole-in-one: as a prize, a Lamborghini 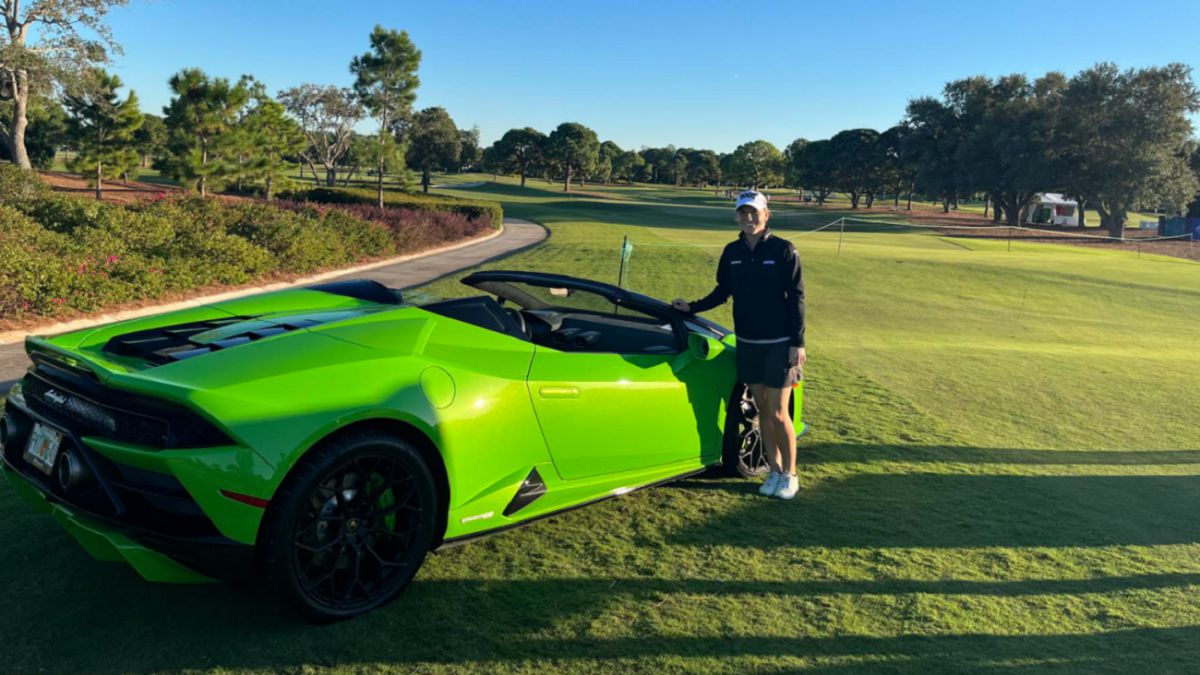 Golf tournaments often have sponsors from the automotive industry. And one of the most common promotions is that these brands offer one of their c

Golf tournaments often have sponsors from the automotive industry. And one of the most common promotions is that these brands offer one of their cars free of charge to the player who manages to hole out in a single hit on a particular par 3 on the field.. The normal thing is that the vehicle, which is often exposed next to the tee of the hole, does not move from there throughout the week. But sometimes someone gets inspiration at the most opportune moment.

For a large manufacturer it may not be a big outlay to give away one of their products, but imagine that the sponsor of a tournament is, for example, Lamborghini. Well, it is the case this week in the Pelican Women’s Champion, an LPGA tournament that takes place at the Pelican Golf Club in Florida (USA). The Italian firm decided to bet one of its models that nobody would get a hole in one on the 12th hole of the course.

And it has been expensive. On Monday, during the Pro-Am, it was American Austin Ernst who got the first winning dart. And this Friday, during the second round of the tournament, it was the Thai Pavarisa Yoktuan who made a good break to the house of Bologna with another direct hit to the hole. The small print tempers their spirits a bit, since what they are given is a two-year lease and not the ownership of the car. But you have to bear in mind that renting one of these cars can cost more than 6,000 euros per month and its sale price exceeds 200,000 euros. Someone in the marking department is going to think twice about getting into a golf tournament again.