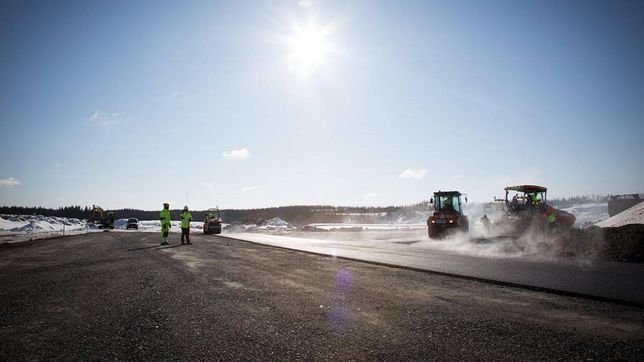 This Sunday the twelfth round of the MotoGP World Championship was to be held at the Finnish circuit of Kymiring. For the fifth year in a row, the

This Sunday the twelfth round of the MotoGP World Championship was to be held at the Finnish circuit of Kymiring. For the fifth year in a row, the Nordic country has not hosted a race and the future is not much brighter.

In 2016 it was announced that the Finnish GP would return to the MotoGP calendar in 2018. The venue would be the new Kymiring circuit, which would become the only one in Northern Europe with the ‘Grade 1’ certification of the FIA. Everything seemed very promising for the return of the Scandinavian country to the Motorcycle World Championship 34 years later, but problems did not take long to appear.

The harshness of the Finnish winter caused a delay in the works on the circuit, and the first grand prix would be held in “2019 or 2020″, according to Carmelo Ezpeleta, CEO of Dorna. The frigid weather is gone, but the mishaps are not. Some tests on the circuit had been scheduled for August and September 2019, but all the infrastructure of the ‘pit-lane’ and part of the stands were not built. The result, a delay until 2020.

But then the pandemic came. State restrictions regarding the entry of people to the Nordic country derived from the coronavirus caused the cancellation, first in 2020, and then in 2021, of the Finnish GP. The curse of the Kymiring continued.

Despite all the problems, this year 2022 seemed the definitive one. With the construction work practically finished and the pandemic over, Finland seemed more ready than ever to host MotoGP again. However, two months before the grand prix, the ghosts returned: the circuit was not homologated.

On May 25, the cancellation of the 2022 Finnish GP was announced. This time the reason was the geopolitical context due to the war between Russia and Ukraine (the track is 100 kilometers from the Russian border). In addition, Putin had already threatened Finland and Sweden with retaliation if they joined NATO (something that has finally happened). The war and homologation have delayed the opening of Kymiring to next year… but that may not be possible.

YLE, Finnish public television, has reported that two track builders have gone bankrupt due to non-payment by the circuit organization (the debt is 370,000 and 240,000 euros). However, the circuit director, Riku Rönnholm, stated that he was not aware of any request. In this way, Finland has been without its motorcycling grand prix for five years. The problem is that his future is complicated. The organization of the circuit has received 6.5 million public money, and the circuit is not even suitable for testing the MotoGP World Championship. The Kymiring is still cursed.