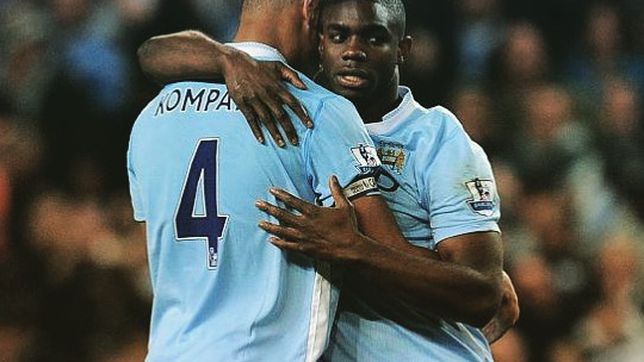 Wealth in the world of football has been establishing itself very strongly in recent decades. The millionaire contracts that can mean long-term ec

Wealth in the world of football has been establishing itself very strongly in recent decades. The millionaire contracts that can mean long-term economic stability for many soccer players, can also become a drama for their lives and even more so when you are young. For this reason, Micah Richards, a former Manchester City player with 246 games under his belt, has issued a serious warning to the future stars of this sport about the hidden face of fame and money.

The English defender, retired three years ago, has confessed his madness and his impulsive way of wasting money after signing his first millionaire contract with the Citizen team at just 17 years old. “I went from earning 500 pounds a week to 50,000. I remember that in one month I received 250,000 pounds. When I saw my first charge, I was in training and I didn’t believe it, ”he says.

His first big profits went into a luxury home with great features and a stratospheric value. “I started looking at houses in Hale and bought a £3million seven-bedroom house and lived with my two brothers, two cousins ​​and my best friend,” he explains.

A Range Rover and an Aston Martin were the first two high-end cars that the footballer had as soon as he signed his first high-caliber contract. Instead, the large amount of money he managed motivated him to make the leap to other vehicles with better features and higher market value. “First I had a Range Rover and an Aston Martin, but I thought, it’s about time. I bought a Ferrari, an F430. Then a 458 Speciale”, he recounts.

The party, your worst ally

The night of the city of Manchester became the worst enemy for its economy. A high-flying life in the best pubs and clubs with £30,000 parties. He even assures that up to 100,000 pounds have been left in a nightclub in one night. However, a party in Los Angeles was the turning point for the English player to realize what he was doing with his money, according to Richards.

However, consider that this mentality is not the right one and more when you are a young promise, since it finally becomes an obsession to compete for “Who has a better house?” or “Who has a better car?” Likewise, he thinks that his life was “enough” where he lived before making the leap to the soccer elite, but that transformation has given him that desire to have everything.

“For me it is a dream to be in professional football”
Live transfer market: registrations, cancellations, renewals and reactions | Last minute today
three Colombians in the main finals of European football
FOOTBALL 2310

Loading...
Newer Post
The 14-year-old Ukrainian who has made history in golf
Older Post
PlayOffs NBA 2022: Tatum’s 46 knock down Giannis’ 44 and there will be a seventh game in Boston