The day Firpo was robbed of the fight of the century 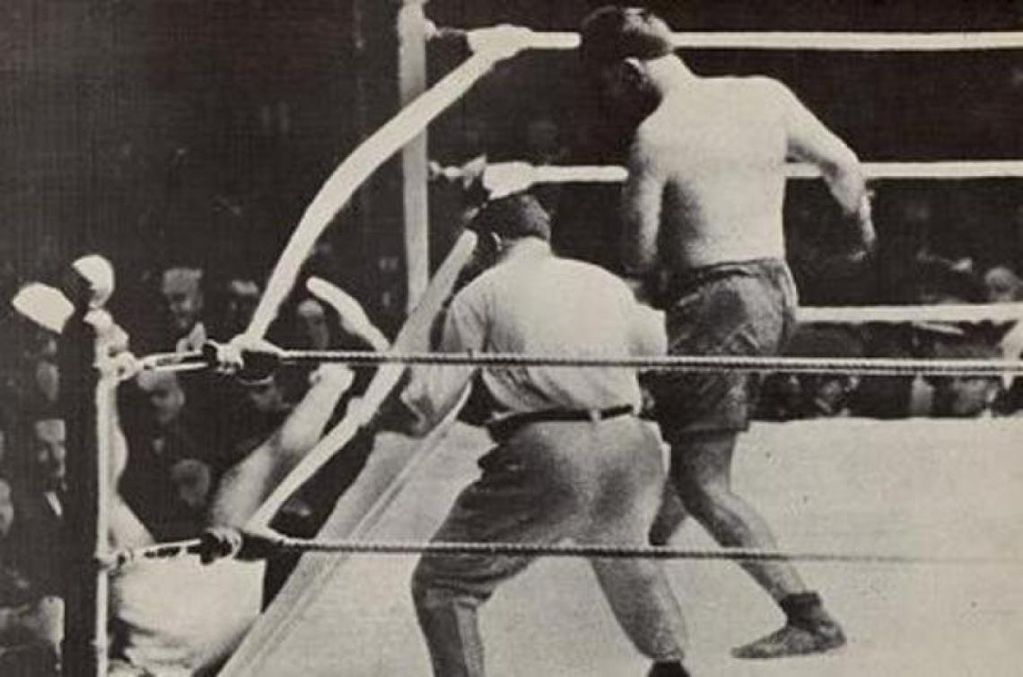 On Friday, September 14, 1923, before some 85,000 spectators, at the Polo Ground stadium in New York, the world champion Jack Dempsey defeated the

The day Firpo was robbed of the fight of the century

On Friday, September 14, 1923, before some 85,000 spectators, at the Polo Ground stadium in New York, the world champion Jack Dempsey defeated the Argentine boxer Luis Ángel Firpo, nicknamed “the Wild Bull of the Pampas”, who threw the champion outside the ring and should have won the match. On that date, which today marks the 99th anniversary, Boxer’s Day is celebrated in Argentina.

With that fight, which came to be described as the “fight of the century”, local boxing obtained an identity patent and ceased to be a marginal and prohibited practice. Firpo was the first Argentine boxer to compete in a world championship and the one who, with his exploits abroad, marked the course of national boxing. With him, gyms began to fill up, and specialized journalists were born.

Also read: Horacio Accavallo, the cartonero who put on his gloves and became a legend of Argentine boxing

There were several boxers who preceded Firpo since in 1898 Paddy McCarthy and Robassio staged the first public fight in the country. But what happened with Firpo was from another dimension.

Boxer’s Day: the “Wild Bull of the Pampas”

Luis Ángel Firpo was born in Junín, province of Buenos Aires, on October 11, 1895 in a humble home. At the age of nine he moved with his family to the Federal Capital and at 19 he entered a brick factory, located in front of the place where nothing less than the Luna Park stadium would rise, the cathedral of Argentine boxing.

They say that, after Firpo avoided the pineapples from being robbed by three thieves, his boss at the factory, Carlos Mazola, asked him for a favor. “I need you to sign up for the Internacional, a boxing club, and practice it from time to time. It’s to look good with some friends, nothing more, ”the man asked the young man who at 20 years old was already weighing 82 kilos. Firpo accepted and, almost unintentionally, plunged into a world of gloves.

On December 10, 1917, he faced Australian Frank Hagney for money. That fight lasted six rounds, and although he ended in a no-decision – a custom of the time – it marked his debut as a professional.

Also read: The 55 years of Locomotora Castro: the owner of one of the best knockouts in the history of Argentine boxing

From there, Firpo decided to seek new horizons and traveled to Montevideo, where, on January 12, 1918, veteran Ángel Rodríguez knocked him out in the first round. Far from being discouraged, the corpulent boy headed for Chile. After achieving a string of knockout victories on the other side of the Cordillera, on April 30, 1920 he won the South American title by beating Dave Mills by knockout in one round in the Chilean capital. Until he decided to try his luck in the United States.

On March 20, 1922, he made his debut in Newark, New Jersey, against Bailor Tom Maxted, whom he knocked out in the seventh round. From that victory, Firpo won 11 knockout victories –8 in the United States and the rest in Buenos Aires, Havana and Mexico City– and starred in two fights without decision.

The milestone of Luis Ángel Firpo in the United States caused boxing to cease to be something marginal in Argentina.

That campaign, which astonished the American public, put him on the verge of a fight with the great Jack Dempsey, the unbeatable “Matador of Manassa”, an undefeated American before whose power all those who tried to snatch the world heavyweight title from him had fallen. he had conquered a few years earlier by beating the gigantic Jess Willard.

Also read: 80 years after the birth of Carlos Monzón: who were the only ones who could beat him

Firpo had accumulated so many merits that when promoter Tex Richard announced his fight with Dempsey, it was immediately described by the boxing world as the “fight of the century”. The price of the ring side was 50 dollars and a collection record was reached: 1,188,603 dollars. The bets favored Dempsey – 27 years old – 3 to 1. The champion won a purse of 509,000 dollars and the Argentine boxer received 156,250 dollars.

Boxer’s Day: why Firpo was robbed of the fight

Firpo, who had gone up to fight with a fractured humerus and without anyone knowing it, fell to the canvas seven times during the first round and twice in the second, which he would lose by knockout. But what was unusual was that two and a half minutes into the first round, after his seventh fall, Firpo recovered and with an unorthodox blow threw Dempsey out of the ring.

With the help of assistants and journalists, the champion entered the ring after 17 seconds, benefited by the passivity of the referee of the fight, Johnny Gallagher, who failed to make the regulatory ten-second count. There was much controversy over that fact and Gallagher was suspended for five weeks by the New York City Commission.

That night, Firpo lost the chance to win the world title and became the first “moral champion” in the minds of Argentine fans. In his homage, every September 14, Boxer’s Day is celebrated in Argentina.

Tags: Dempsey, TNS, boxing
The shocking fight of a champion boxer with a Twitter hater
Boxing: Amir Khan denounces that he was robbed at gunpoint with his wife: “We are safe”
Saturday’s boxing evening at Chana will have nine fights
BOXING 4166

Loading...
Newer Post
Dennis Schroder, the star of Germany in the Eurobasket who is still without an NBA team
Older Post
MMA: Team Delgado appeared at the “Battle of the Gulf” in Las Grutas