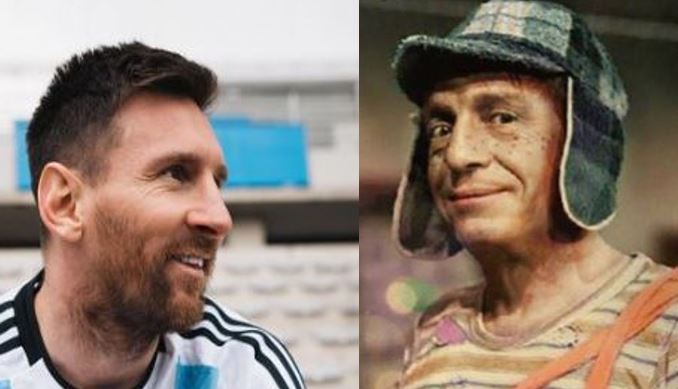 El Chavo del Ocho is one of the most popular television productions in Latin America. The series created by Roberto Gómez Bolaños has captivated p

El Chavo del Ocho is one of the most popular television productions in Latin America. The series created by Roberto Gómez Bolaños has captivated people all over the world with the humor so characteristic of the members of a neighborhood.

Even various celebrities from different branches of entertainment They have shown their love for the series starring El Chavo del Ocho.

An example of this is the popular soccer player Lionel Messi, who on one occasion he dressed up as one of the characters in the series television.

In 2012, when Roberto Gomez Bolaños’ 40-year career was celebrated, users on social networks They found a photograph of the Argentine star disguised as Quico’s character at a costume party.

In the photograph you can see the footballer who at that time belonged to FC Barcelona with his current partner Antonella Rocuzzo, who was disguised as the character of Pocahontas.

This is not the only time that a footballer pays tribute to the El Chavo del Ocho series. In 2013 it was Neymar Jr. who also disguised as Quico for a party of the Brazilian singer Tiaguinho.

In the photography the Brazilian soccer player is seen with the same suit of the original characterthat is, a black suit with a red tie, with the difference of wearing a blue, red and yellow cap.

Even the actor who played Quico in the original series, Carlos Villagrán, visited the Brazilian soccer player in 2014 while in training. Villagrán went so far as to say that he wanted Neymar “to be the world champion, given that he is very talented.”

Another of the footballers had the opportunity to meet Roberto Gómez Bolaños himself It was Diego Armando Maradona.

This happened in 2005when the Argentine footballer was hosting the program The Night of the 10 and was able to meet “Chespirito” first hand.

Finally, one of the greatest displays of affection that a soccer player had with El Chavo del Ocho it was from robert kennedystriker for Chelsea F.C. team

In a friendly match that the English group played against the Eagles of America, the public discovered a tattoo on Kennedy’s calf, that had the image of Don Ramónalong with a phrase of the character.

The phrase was in Portuguese, but translated it said: “There is no bad job, the bad thing is having to work.”

Grassroots football beats covid by a landslide in the Cajasur Cup
Soccer words that only Mexicans understand
How much money did Deportivo Cali win after being champion of the Betplay League 2021-2? | Trends
FOOTBALL 3176