The debate at the Toronto Raptors; Tanking or mediocrity? 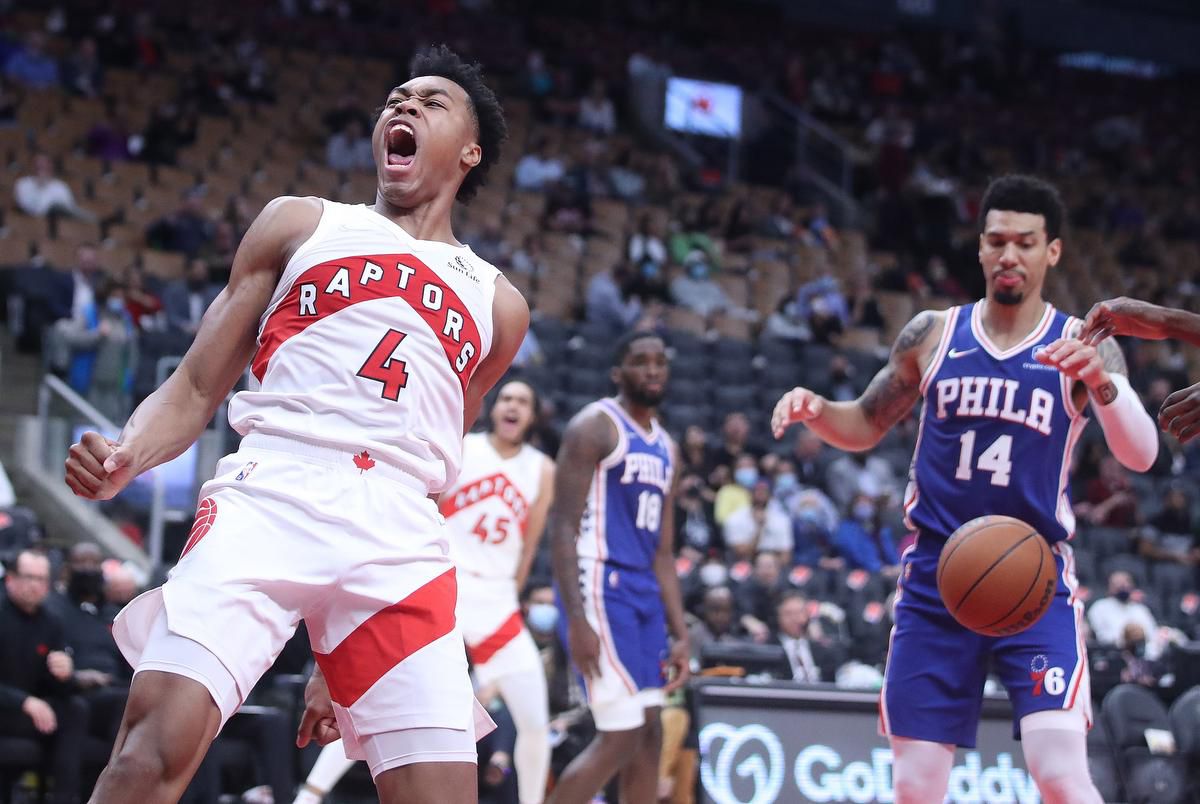 Having touched the sky not long ago achieving the long-awaited NBA title, the Canadian franchise's contract of permanence with success was not long

The debate at the Toronto Raptors; Tanking or mediocrity?

Having touched the sky not long ago achieving the long-awaited NBA title, the Canadian franchise’s contract of permanence with success was not long-lasting. Kawhi Leonard’s departure was the first piece to fall, unleashing a domino effect that seems not to be over yet. The 2020-2021 season was simply to be forgotten by the team of Nick Nurse. The balance of 27-45 harvested throughout the regular season speaks for itself, with a team off the hook from the first changes of any minimal aspiration, wandering aimlessly through a long desert of which, we could hardly say that this close to leaving.

In this maelstrom of uncertainty, doubts, little evidence and much insecurity, sports management cannot be considered much less exciting. To be honest, not a “fiasco” either, and it is that it gives the feeling that there are still movements to happen within the Raptors. Important casualties and signings whose fit is yet to be seen, such as that of Goran Dragic. Thus, without a clear objective, without marked aspirations, or even without ruling out the objective of “mortgaging” the season in search of a “tanking” that will put them back in the spotlight again, Toronto starts rolling with lead feet and at the expense of the movements that may be happening over the months.

Although the sports management has not been in “stand by”, the balance of ups and downs has not improved or raised the level of the roster, quite the contrary. In the section of players who have taken the abandoned plane Canada we find players like Aron Baynes, who leaves the Skotiabank Arena without pain or glory, after a good start to the season last year that ended up being completely diluted and falling into the most deep oblivion. Along with him, Jalen Harris, who heads to Italy to seek development in Italian basketball. In that group of inconsequential players or with a very residual role, two other players leave the squad as Deandre Bembry address Brooklyn and a veteran like Rodney hood heading to Milwakee. Surprising more, much more, the casualties of players like Stanley johnson toward Chicago Bulls, and, above all, that of a franchise legend like Klye lowry, who leaves a city in which he has been everything. Metaphor for the situation in which the Raptors find themselves, the legendary American base travels to Miami in search of enlisting in the ranks of a team in which to aspire to everything.

As for the new faces, several players have been recruited with unsecured contracts, and therefore, everything indicates that the frenzied activity has not yet stopped in the offices. Along with them, several players who land in Toronto with a presumably irrelevant role and who will have to fight hard to get a hole in Nurse’s rotation. The most significant thing resides in the arrivals of Precious Achiuwa and Goran Dragic from Miami in exchange for Kyle Lowry. However, it remains to be seen what the movement of the veteran Slovenian point guard will remain, since it is difficult to see him as a substitute point guard in a team without aspirations like the Toronto Raptors. Regarding the “pick” of the last “Drafft”, the choice of the franchise was Scottie barnes. A disputed and controversial choice, the impact of which is yet to be seen.

If the player born in Illinois was already the best player last season, and before the doubts and irregularity of Paskal Siakam, with the loss of Kyle Lowry, Fred VanVleet He is called to be a capital player in the direction of the game, as well as a great bastion in the offensive facet. 19.6 points and 6.3 assists per game over the past season speak for themselves.

Although he was not the player he promised to be, Siakam is called, and we could even say forced, to take a step forward. It would not be fair to expect from him the level shown in the year of the ring, or his great performance at the start of the subsequent season, where he was on the verge of even being a starter in the “All-Star Game.” However, the “bubble” was reaching and his level dropped completely. Team player, good physique, defensively remarkable … But little else. His last season was disappointing. It will have a whole “pick 4” behind in the rotation with the status that this entails, and therefore, it will have to be at the height, at least, to preserve the title tag.

If there is a ‘coach’ in the NBA who champions the collective, choral and joint style, it is Nick Nurse. He has shown it countless times, with a good roster and when it is not so good, although with more difficulties. Intelligence, analysis and calculation applied to the game will be key if Toronto tries to fight for some level such as the ‘Play-in’. However, the team and its performance will be highly conditioned, not only by the coach’s decisions, but also by the decisions made at the top. Movements, removals, incorporations …

Being things as they are, and the situation what it is, there are two possibilities that the Canadian team has on the table, and we will have to see, with the passage of the games, which they have opted for. The first, the most logical, the most sensible and the most common. Fight with what Nurse has and go as far as talent allows. The team can compete, and even improve somewhat on last year’s results, but not much more. Fight for a “play-in”? Could be. The second option, more drastic and revolutionary, resides in “mortgaging the season”. Focusing on a reconstruction, freeing up the salary mass and targeting with precision the Drafft of next year. A risky decision that a priori does not fit too much with the philosophy that historically has led the franchise, but looking at the movements, we can’t rule it out.