The Ecuadorian soccer championship will repeat its system in 2022 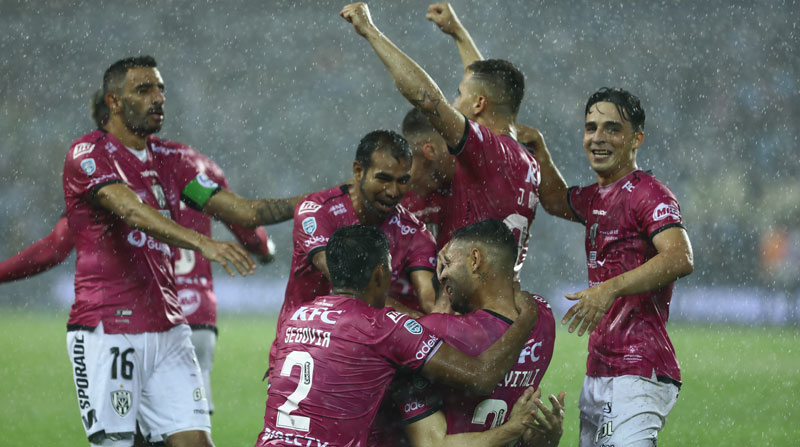 The LigaPro of Ecuador will organize for the third consecutive season the club tournament with 30 dates, in round-trip matches, f

The LigaPro of Ecuador will organize for the third consecutive season the club tournament with 30 dates, in round-trip matches, from the next February 18, 2022 with the participation of 16 teams, in a year in which it will also be disputed andl World Cup in Qatar, which the national team is trying to reach.

Last year, just like in 2020, the LigaPro was unable to repeat the system it established in 2019 (before that year the organization was in charge of the Ecuadorian Football Federation), since it had to change as a result of the impact of the pandemic of the covid-19.

Although the levels of the pandemic had decreased at the end of 2021 and in the first days of 2022, infections persist in the squads of the different teams, which has affected the organization of the tournament.

The national championship will have 30 days, which could be extended to 32 dates for the title dispute between the finalists of the first and second phase.

In addition to the local tournament and the continental ones for clubs, the selection will also require space to conclude, until next March, the four dates of the South American qualifiers.

Ecuador seeks to sustain itself in the zone of direct classification to Qatar, pues is in third place, with 23 points, against the 17 held by his immediate followers Colombia and Peru, respectively.

The first phase of the Pro League will start on February 18 and will end on May 29; from the The second stage will be played from July 1 to October 23 and, if a direct champion does not emerge (who should win both phases), the final for the title will be disputed by the winners of each stage between the November 6 and 13.

In addition, on October 29, at the Banco Pichincha stadium, owned by Guayaquil native Barcelona, ​​the Copa Libertadores final 2022, having been designated Ecuador for that meeting.

The first phase of the Ecuadorian tournament will award the winner with the tickets of first local finalist and first classified for the phase of Copa Libertadores groups of 2023; the second phase will grant its winner the other finalist quota and the second to the Group phase.

Apart from the two local finalists, they will receive places for the Liberators next year, the third and fourth of the accumulated table of the two phases.

Between the fifth and eighth of the accumulated table they will put together two keys for the dispute of two tickets for the Group stage of the South American Cup of 2023.

The distribution of the quotas, the fourth of the Libertadores or the eighth of the South American, could change within the organization of LigaPro and the Ecuadorian Football Federation if it materializes the dispute of the Ecuador Cup, who is studying organizing the FEF.

The current contract book for the first phase of the tournament will close on next March 25 and will reopen on June 21 for the second stage, to conclude definitively on July 18.

Leandro Paredes explained why he does not want to return to Argentine football: “I would like to return to Boca, but for now it is not the idea, the country is not safe”
Soccer games today November 21 | Repechage in Liga MX
Antonio Valencia registers his team in the second category of Pichincha soccer | Soccer | sports
FOOTBALL 2322