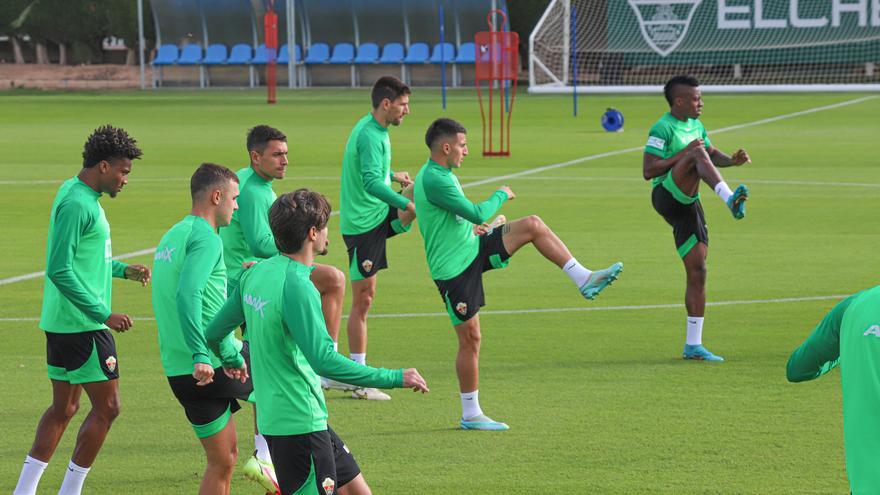 The template of the Elche CF has carried out this Wednesday the second training after the return of the holidays due to the World Cup break and the second under the orders of the new coach, Pablo Machin. The franjiverdes footballers will exercise in the Díez Iborra field of the Juan Ángel Romero Sports City until Saturday morning and on Sunday they will head to the facilities of the Oliva Nova Golf hotelwhere they will carry out a one week concentration.

The group from Elche will be in the Valencian town from sunday november 27 to saturday december 3, which will be the moment of his return to Elche. During that time, Machín and the technical staff will work on the set-up of the team for the first two official matches at the resumption of the competition, which will be the Tuesday, December 20 (7:00 p.m.), at the Pedro Escartín field, against Club Deportivo Guadalajara, in the second round of the Copa del Rey; and on Thursday, December 29, at the restart of LaLiga, at the Cívitas Metropolitano stadium, against Atlético de Madrid del Cholo Simeone.

During the stage at Oliva Nova Golf a friendly match is planned. In principle, it was scheduled to be this Saturday before the Watford of the Second Division of England, but Machín has considered it too premature, with so few days of training. Also, He prefers to wait a bit to have more troops and recover some of the footballers who are injured or carry some discomfort.

Tags: Hotels, the return, olive
The surprising fact that reveals how equal football is in Spain
How to get tickets for the Copa del Rey 2022 final at the La Cartuja Stadium in Seville: prices, stadium areas and everything you need to know
The beauty of soccer! Dani Alves almost cries on his return to the courts
GOLF 1920