The Europe of the other NBAs, by Santi Nolla 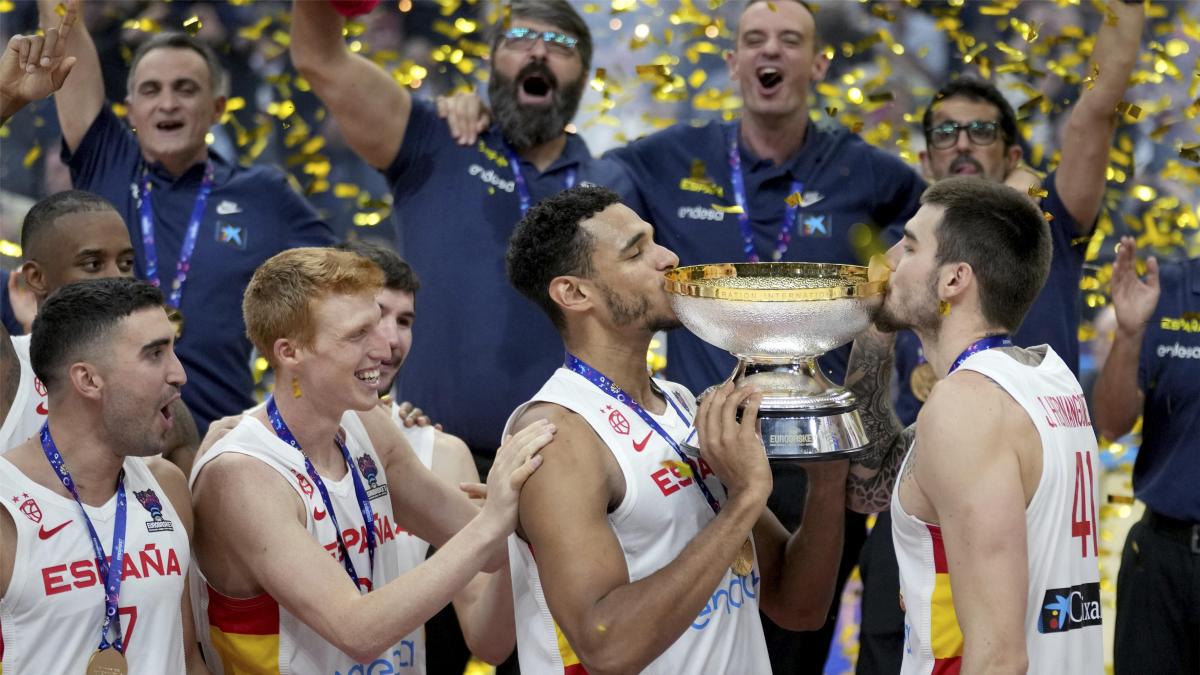 It is the family and one more (Lorenzo Brown). They have broken everyone’s schemes. Even the International Basketball Federation (FIBA), which placed Spain seventh on the list of favorites, ended up tweeting “Okay, Spain got us too”, as if to say that they have also stayed with them, acknowledging their mistake. The figures have been devoured by the middle class. Jokic, Doncic or Antetokounmpo, water. Neither Serbia nor Slovenia nor Greece nor Lithuania, the first four in the FIBA ​​ranking to win the Eurobasket. In the final, France, the fifth, and Spain, the champion, the seventh. FIBA was like the populist economists forecasting before the great crisis: they didn’t even smell it.

The European was the Hernangómez, a surname that recalls the times of Mío Cid. The two brothers who have replaced the Gasols in a team that is nicknamed the family and that signed one more: Lorenzo Brown, the North American from Maccabi who has never been seen having a coffee with milk in the main square, but was one of the best of the impressive team that coach Sergio Scariolo built. A single player from Madrid, captain Rudy, and none from Barça. Can anyone imagine that in the soccer team with an Italian coach?

There is another NBA behind the shining stars. Willy (28 years old) and Juancho (26) are not the protagonists neither in the New Orleans Pelicans nor in the Toronto Raptors. They are secondary actors in the American league, but they were the MVP of the final (Juancho) and the tournament (Willy). The NBA won the effort, humility, solidarity and courage, the group. Juancho hit seven triples and Willy inflamed the hall with some spectacular mate. They are rotation players on their NBA teams. They will never star in an All Stars kickoff like the wonderful Gasols did, but they have conquered a European by obscuring the stars and being serious candidates for the fraternal relay in the brothers’ basketball.

Lorenzo Brown is one of the family. Quickly nationalized, unaware of having set foot in Spain except in basketball games, he was the piece that generated the most controversy before and the most consensus after. Almost no one supported the decision before and almost everyone assumed it after seeing the gold hanging from their necks.

But controversies aside, the president of the Federation, Jorge Garbajosa, can be very satisfied: nine teams, between the absolute male and the training ones, have reached nine finals in this impressive summer, winning three golds and five silvers in a historic success surely unrepeatable. The sub-20 team also won its European. It seems that there is even relief to relief.

Loading...
Newer Post
The amazing calendar that awaits MotoGP in 2023
Older Post
It is the most expensive sale in the history of Peruvian football and now he was summoned to the Blanquirroja