The European Championship in England, a luxury opportunity for women’s football 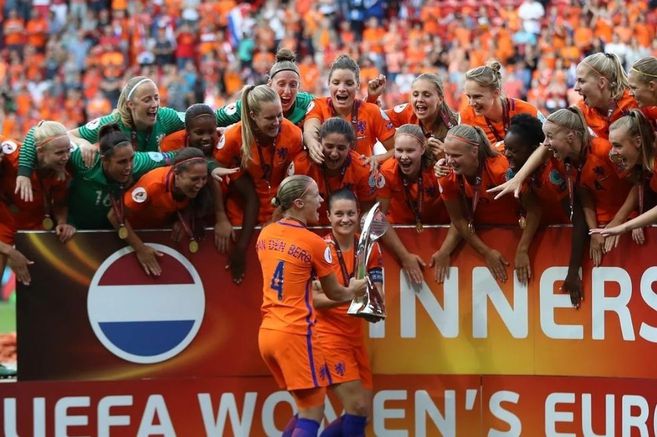 The Netherlands is the reigning European Championship champion.Photo: UEFAEngland receives a new edition of the Women's European Football Champions

The Netherlands is the reigning European Championship champion.

England receives a new edition of the Women’s European Football Championship, perhaps the most open in recent years to the extent that the list of contenders for the title has been expanding over time.

On one side is the hostess, but on the other are: Spain, Germany, France, the Netherlands, Sweden and Norway. The level is high and that guarantees that the show will be up to par.

Look: The injury for which Alexia Putellas, the best player in the world, will miss the European Championship

Perhaps the group stage will serve to draw conclusions and put some countries in a better position than others. In this sense, the first to jump onto the scene will be the English team in the opening match that will face Austria this Wednesday: 2:00 pm). Northern Ireland and Norway are the other two teams in Group A.

The B will be perhaps the most demanding a priori since Spain and Germany will coincide in it, who will face each other on the second day. Along with them, two Nordic teams such as Denmark and Finland.

For their part, the Netherlands and Sweden will start from group C, facing each other to start in a duel that could condition their path. Switzerland, coming from the playoff, and Portugal, who lost in that round against Russia, but will participate due to the sanction imposed on their rival, will try to do battle.

Finally, group D has France as the main favorite. The country to which the current European club champion, Olympique de Lyon, belongs, will begin its journey sharing a starting point with Italy, Belgium and Iceland.

More: Improvisation or bet? The Women’s League is in doubt in Colombia

For July 26 and 27 the semifinals will remain while the duel for the title will take place on July 31 at the mythical London stadium of Wembley. This venue will be the jewel in the crown in an event that will be moved to different parts of the territory.

Thus, the Brentford Community Stadium will also host matches in the capital. In Manchester, the Manchester City Academy Stadium is added to a legendary lawn like that of Old Trafford. In addition, other venues that have seen men’s Premier League matches this season will jump on the scene such as St. Mary’s Stadium in Southampton or Falmer Stadium in Brighton and Hove.

They complete the list Bramall Lane, in Sheffield; the Stadium MK, in Milton Keynes; New York Stadium, in Rotterdam; and Leigh’s Leigh Sports Village. Of all of them, only one has capacity for less than 12,000 spectators and four for less than 30,000.

In this way, the door is opened to see a large public in the stands, trusting that it will respond at a critical moment for women’s football, whose popularity continues to grow and events like this take on special relevance.