The evening of year 2 of Ibai Llanos 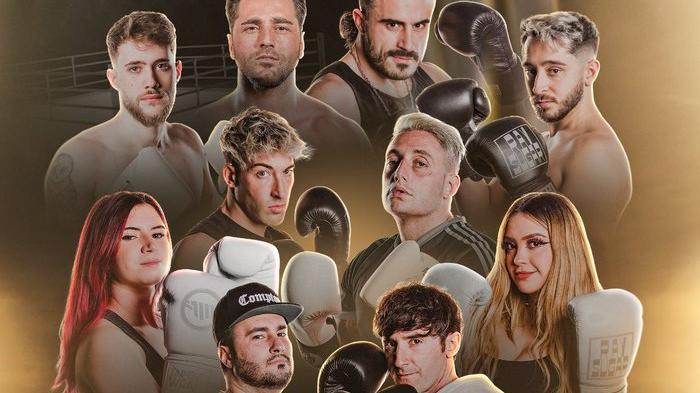 19:15 - Carola vs. Spursito: The initial fight of the evening will feature two of the names that have received the most support thr

19:15 – Carola vs. Spursito: The initial fight of the evening will feature two of the names that have received the most support through networks.

20:15 – Paracetamor vs Arigameplays: It will be the women’s match of the evening, and will bring Paracetamor and Arigameplays face to face, one of the biggest stars in the Hispanic world on the Internet.

21:00 – Momo vs Viruzz: Possibly the most anticipated duel, the Argentine Momo arrives followed by millions of fans to face the imposing Viruzz.

21:50 – Luzu vs. Lolito: Two old-school Internet stars have made an impressive physical change to bomb each other in the ring.

22:30 – Bustamante vs. Mister Jagger: The ‘main event’ of the evening of year 2, David Bustamente arrives after the last-minute loss of actor Jaime Lorente against one of the gods of Internet Olympus: Mister Jagger

In addition, the ‘outsider’ of this edition will be none other than David Bustamente, the Cantabrian singer who unexpectedly arrived at the Ibai boxing evening and will star in the night’s duel with Jagger

The spectacular event can be seen live on Ibai’s Twitch channel, while at La Vanguardia we will follow live everything that will happen on Saturday with everything you need to know. Do not miss it!

Criticism of the play ‘Bengala’. One man, one dream, thousands of blows
When would Manny Pacquiao return from retirement in…
Dior begins a new era in the ring – El Sudcaliforniano
BOXING 3645