The F1 Briefing to the Day: 2021 Mexican Grand Prix 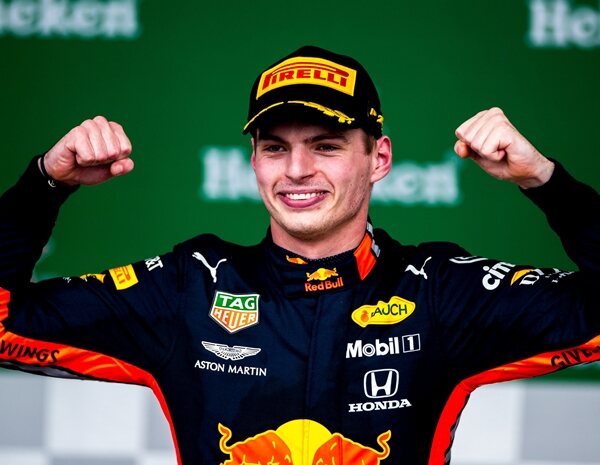 The Mexican Grand Prix left us with a more leading Max Verstappen and a touched Lewis Hamilton, but far from sunk. Mercedes gave the surprise on S

The F1 Briefing to the Day: 2021 Mexican Grand Prix

The Mexican Grand Prix left us with a more leading Max Verstappen and a touched Lewis Hamilton, but far from sunk. Mercedes gave the surprise on Saturday’s day by reaching the front row of the grid, however, the tables were completely turned in the race with some Red Bull men who did what was expected of them. For its part, the Ferrari team achieved its goal of regaining third place in the Constructors’ World Championship, while McLaren took another step back, perhaps already thinking about 2022? From F1 to the Day we react to the eighteenth race of the season. What did you think, did the 2021 Mexican Grand Prix live up to your expectations?

After a tremendously exciting qualifying on Saturday, with Mercedes turning the tables, but with Red Bull hot on their heels. Sunday’s race and its long wait seemed more exciting to me, with Austin’s premise, I had been getting used to the idea that we could see battle. What I did not expect was that the battle would last so little, we go to the first corner, after that the emotion went to the fret and the torpor of a Sunday at the beginning of the night did not make a race lacking spice any more bearable despite be disputed in Mexico.

The start was to frame with Max Verstappen risking to take first place, Hamilton did what he could, but the one who failed again was Valtteri Bottas, from my point of view he neither defended his place nor helped the team or his teammate, no There was nothing he could do to prevent Max from catching his wake and taking advantage of the slipstream, but he left the door wide open. He cannot afford that luxury, we have heard him many times talk about wanting to fight and fight for important objectives, but few times we have seen that attitude on the track and only politicians or town criers live with words. He has few races left at the wheel of a Mercedes and I cannot say if he is taking advantage, he did well on Saturday, but not on Sunday.

And Mercedes is not saved either, her opportunities left after the start, they looked like an imposing snowman planted in the desert, a yes, but no, a I want and I can not. But as if that were not enough with the shortcomings, the catastrophic stop of Bottas arrived. It is very good to win and lose together, but it seems that we are already seeing the ruins of what was an empire these years, we just have to look at the faces after the race. We know that in this Formula 1 nobody is nobody without the best car and the last world championships are not worth anything to defend ourselves. And Red Bull is showing more in each round as the end approaches, solid and effective in any area, they could lose the front row on Saturday, but no one doubted and we all knew they were candidates for the podium and Max for victory.

What I didn’t quite understand was the energy drink brand’s party after the race. Be careful, that everyone can celebrate what they consider, and it seemed perfect to pay a tribute to Checo, not for his race on the Sunday in question, but rather for the general calculation of his progress in recent years. Well, it is beautiful to see a pilot feel loved at home, achieving important things and feeling supported by his hobby and his family in the Great Circus, especially having seen himself without a seat, he does nothing. But with the mind on the world championship, there are four more races left, the first is in a place they haven’t been going for a long time, two strangers and the last we already saw in 2020. But even the tail is all bull and even the most beaten can land a good blow.

Cristian Rodríguez: “Once again, we were left wanting to do battle”

Minutes before the start of the race in Mexico, I was really excited, because the Qualifying session with the dominance of Mercedes had left me out of square. I knew the Red Bulls were going to be strong on the long runs, and that heralded a fight in the mud with Brackley’s. But then the traffic lights went out and everything dissolved like a sugar. First corner and Max Verstappen was already in front. Something that could happen, but that he hoped wouldn’t happen for the sake of the show. From there, the Dutchman controlled the test as he wanted and left unopposed. Zero emotion and a superiority reminiscent of Lewis Hamilton’s best moments in previous seasons. A pity, especially considering that the fight for the title is in a fist. I expected more from the seven-time world champion, but the truth is that he could do little more than save second place, and it seems a lot to me seeing the terrible superiority of the RB16B. The crown is complicated for number ’44’, although I am confident in his abilities and I know that he will fight until the end.

The one who celebrated a lot this weekend was the host, Sergio Pérez. Yes, he got on the podium and gave the team important points, but it seems that everyone forgets that he lost almost 18 seconds compared to his garage companion and that he was not able to overcome a car that was gradually slower. Despite this, I am glad to see him celebrate like this with his audience. I hope it helps you to take a step forward and recover your best version. This was the date where he had to steal points from Hamilton. It was. The one I can’t say anything good about is Valtteri Bottas. The man was not to blame for the accident, but he was to blame for sinking on the grid during laps and laps with no ability to overtake despite driving a car considerably faster than the rest of the middle zone. The Finn has shown that he is quick on one lap, however he lacks the determination to overtake. To this day, I think he is one of the weakest riders in this regard. Luckily, next year George Russell disembarks in Mercedes, because he is bored with the ’77’.

Those who can leave the Autódromo Hermanos Rodríguez happy are the Ferraris. Good feelings all weekend and again third in the General. However, they were clearly outmatched by Pierre Gasly’s Alpha Tauri, and that is something the Italians cannot afford if they want to return to battle with the favorites in the near future. Although good, worse still is the one of McLaren. No rhythm in the three days of competition and with a Lando Norris that looks like the decaffeinated version of the pilot from the first half of the season. But nothing happens, he has an enormous talent and he will wake up from lethargy, as I hope Alpine will too, who approved scraping and thanks to Fernando Alonso, but that is not valid. Not at all. We want more.

Martín Yuguero: “Curves 1 and 2 took all the limelight”

The positions of the grid were the ideal ones to witness a great show once the traffic lights went out. One of the focuses was the fight between the two Mercedes drivers and the Red Bulls for the top positions and, in addition, the battle in the middle zone between the Ferraris, Gasly and Ricciardo. Several of these riders have had a certain role from the start to the first two corners. It had been exciting to see Hamilton, Bottas and Verstappen parallel each other on the long straight, either of them had a chance of taking the lead and in the end the Dutchman was the most astute in stretching the braking. Victory was never in jeopardy, the RB16B’s pace was competitive and none of its pursuers were able to hunt it down. Having lost the first and second places was not to the liking of the German team, since it was totally impossible to recover what they obtained in qualifying. The duel between both sides continues and now it is even tighter in the Constructors’ Championship, so the last four races will be decisive.

Another of the big incidents of the first round took place between Ricciardo and Bottas. The Australian had been in charge of spoiling the Finn’s race because of that touch on the rear wheel of the W12, which caused enormous chaos. That great white cloud complicated things for those who came from behind since it was impossible to see. Fernando Alonso found himself facing the Mercedes in contradirection, but managed to avoid the impact in the last second thanks to some incredible reflections. While the last mishap had been the double abandonment of Tsunoda and Mick Schumacher when touching the front wheels of the Alpine of Ocon and causing the entrance of the Safety Car. After the storm that occurred in the first corners, it was calm, too calm. Although we had to wait a long time to find another exciting moment, the duel between Hamilton and Pérez was good, but there was no clear attack.

Despite this relative calm after the first lap, Max’s victory increased his lead with Hamilton, while Red Bull has made up lost ground in Constructors and is now one point behind Mercedes. Brazil will be the scene where we find another duel between the two candidates for the title and the sprint format can have a great impact again.

Tags: fernando, F1, Formula 1
Fernando Alonso’s Formula 1, exhibited in Vigo
F1 Briefing Up to Date: 2021 Turkish Grand Prix
Johnny Herbert, by Michael Masi: “It must not continue, it has done a lot of damage to Formula 1”
FORMULA 1 1265