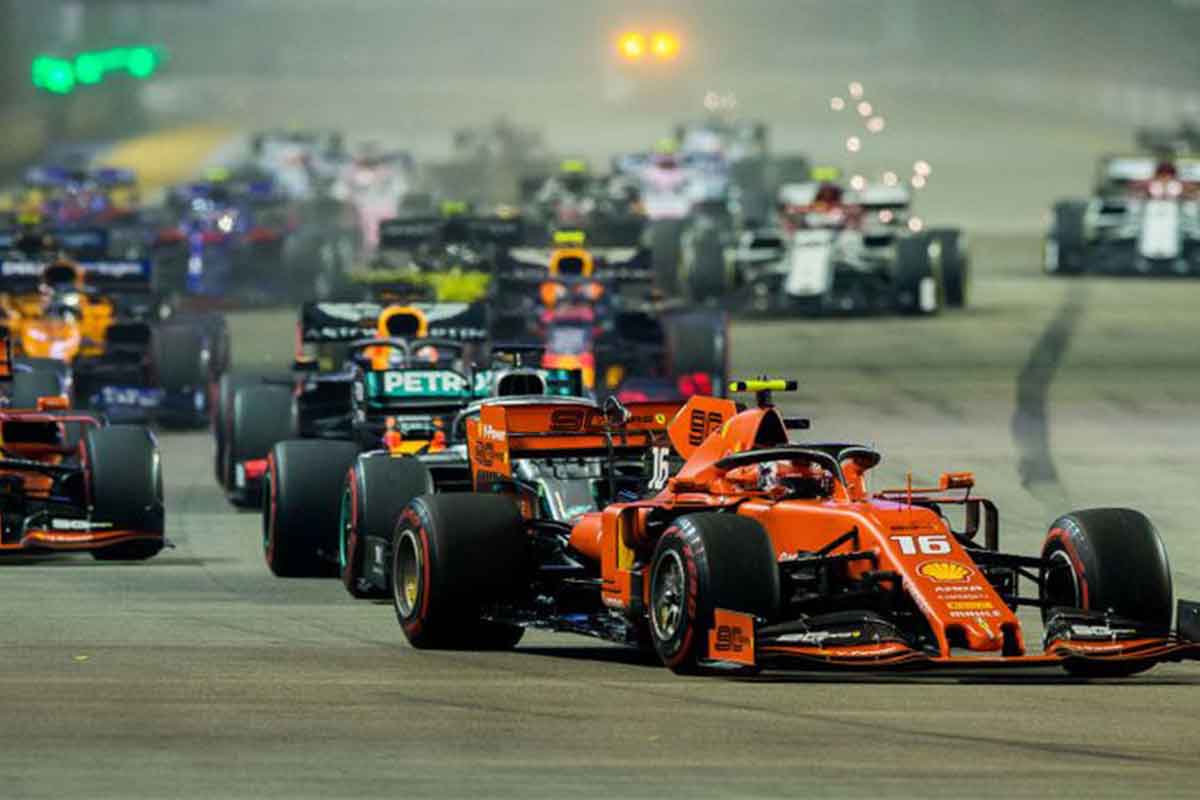 Formula 1 (F1) is preparing to return to Singapore for the first time in three years. The drivers expect the race at the Marina Bay street circui

Formula 1 (F1) is preparing to return to Singapore for the first time in three years. The drivers expect the race at the Marina Bay street circuit to be the toughest of the season.

The Singapore Grand Prix returns to the Formula 1 calendar for the first time since 2019. The pandemic has caused the race to be canceled for the last two years due to restrictions.

This Grand Prix has the reputation of being one of the toughest Grand Prix for the drivers of the entire season since, despite being a night race, the temperatures remain high, which means that, together with the high humidity, the pilots have to make a greater effort.

In addition, to that is added how bumpy the track is, being one of the bumpiest circuits on the calendar and, this year, it will be especially hard due to the new suspensions that the new generation cars are using.

Carlos Sainz Junior, driver of the Ferrari team, was asked about his vision of the next Grand Prix that Formula 1 is about to visit in Singapore and confirmed that he believes it will be the toughest race of the season.

“It’s going to be a tough race, both mentally and physically, with all the potholes and the heat. I think it will be the toughest race of the season”, commented Sainz about it.

“It will also be a big challenge to get a good qualifying lap done and be consistent lap after lap in the race with the huge amount of rebound that there is with these cars,” he added.

Despite being considered one of the toughest races of the year, there are many drivers who enjoy this circuit and are looking forward to returning after three years without going. That is the case for Pierre Gasly, who considers the Singapore Grand Prix to be his favorite grand prix.

“We already know that we will have extreme conditions. But It is a circuit that I love, honestly. i love that placeI’ve missed it these last few years and I can’t wait to get there,” said Pierre Gasly.

We recommend: Max Verstappen wins the house of Ferrari; ‘Czech’ is sixth

How many podiums does Carlos Sainz have in Formula 1? The complete palmares of Spanish
F1: Kneeling for ‘We Race as One’ campaign will not continue in 2022
Zoom will power communications for Formula 1 on and off the track
FORMULA 1 2360

Loading...
Newer Post
Boxing: Canelo returns to winning ways at Golovkin’s expense
Older Post
MotoGP results: classification of the Aragon GP and this is how the World Cup goes