The Federation Cup opens the dance of regional football 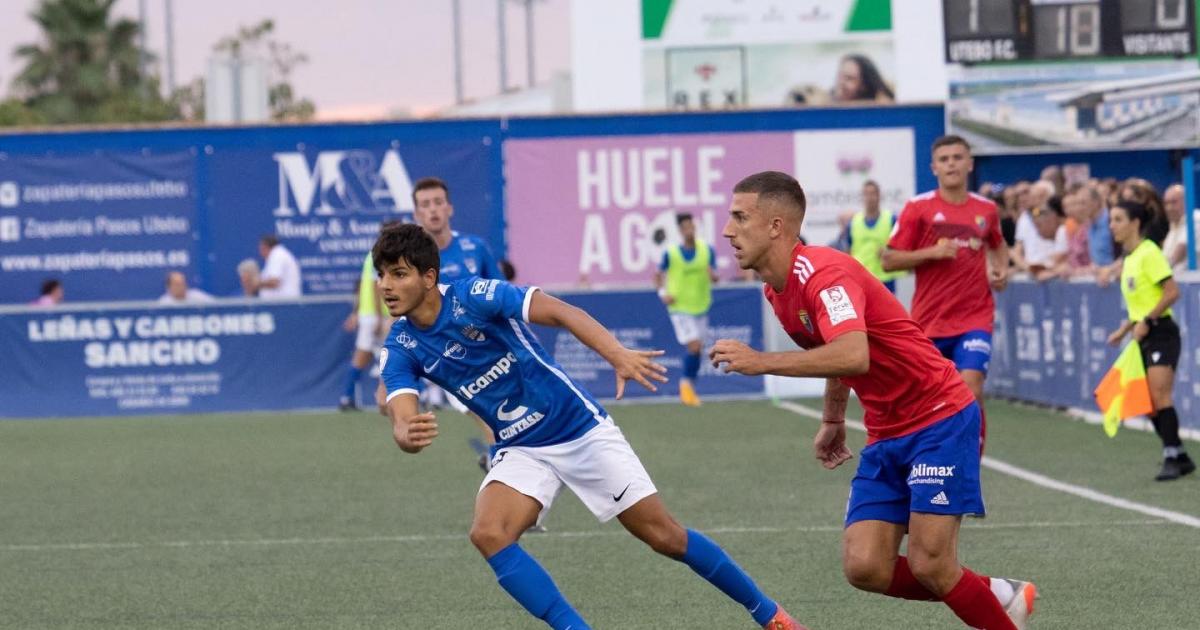 The league in the Second RFEF will start on September 4. A week later the Aragonese group of Tercera RFEF will start. Nevertheless, the dance of football has already opened in Aragon with the dispute of the regional phase of the RFEF Cup, in which the clubs of the Second RFEF and the best classified of the Third have had the option to participate. This weekend the ball began to roll in a competition that offers juicy returns from the national phase. Eight clubs divided into two groups of four participate. All the participants, aspiring to everything in the Third Division, in addition to the brave Brea from the Second RFEF. It is played in a one-round league system. The champions will play the final. In Group I, Atlético Monzón beat Barbastro (1-0), with a goal from Daniel Escolano. In addition, Caspe beat Binéfar (1-0). Sergio Cosín signed the victory.

In Group II, Brea began by beating Cuarte (2-0), with goals from Diego Cantariño and Jorge Pérez. In this way, Dani Martínez stretches the fantastic trajectory of the Aranda team, great revelation of last year with the heroic permanence in the Second RFEF of the smallest municipality in Spain registered in the competition. A lot of merit and a manhood that this year they want to repeat. In the other confrontation of this Group II, a goalless draw and with many cards between Calamocha and Ejea, a team to beat in the category along with Huesca B, as recently relegated from the Second RFEF. There are still two dates left to play and everything to decide in the competition that starts the official course.

Utebo does not participate in the RFEF Cup, but will compete in the Copa del Rey as runner-up of the Tercera Aragonesa, since the champion, RZD Aragón, cannot participate because it is a team commonly called subsidiary and officially called dependent. Utebo, together with Brea and Tarazona, have been placed in Group II of the Second RFEF, based on geographical criteria, and will play against rivals from Navarra, La Rioja and the Basques. The other three Aragonese clubs (Ebro, Teruel and RZD Aragón) have been thrown into Group III, in theory more complicated, as the Catalan, Valencian and Balearic opponents are much more powerful entities in the economic field.

This weekend, Juan Carlos Beltrán’s Utebo easily beat Ebro (3-0)with goals from Suárez, Darius and Jona, in a much more important score for a Utebo that is doing things well (they have also beaten Teruel in preseason) than for an Ebro that had been obtaining significant scores, such as the thrashing of Mutilvera (4-0). The other Aragonese club in Group I, along with Utebo and Brea, is Tarazona, which has changed almost its entire squad and the coach. Javier Moreno arrives and a new template made by Míchel Sanz. On Saturday they beat Alcorcón B (1-0) with a goal from Marcos Mendes.

Just 13.8 kilometers separate Utebo from Zaragoza, according to ‘Google maps’. Cuarte, where the Real Zaragoza Sports City is located, which is where Aragón plays, is 9.9 kilometers from the Aragonese capital. These less than three kilometers of difference mark the border between these two groups elaborated under geographical arguments. Two groups that seem two worlds. Of course, Arnedo, Alfaro, San Juan, Cirbonero or Mutilvera is not the same as Hércules, Valencia B or Espanyol B. The Ebro de Jardiel will have to give up its life again. Nothing new in a club educated in suffering, which has managed to survive seven seasons in Second B. Revalidated for Víctor Bravo’s Teruel, after a season of ‘chapeau’ in which the First RFEF caressed. And the tender RZD Aragon? Very young squad, fearsome rivals: a tough year awaits… The pre-season started with three 3-0 defeats against Real Zaragoza, Logroñés and Valencia B. The latter, a rival in the upcoming league season. After seeing, Emilio Larraz has begun to correct: he has already had two clean sheets in the last two trials, the last with a resounding victory in Alfaro (0-3). By statistics, by probability, some bad year will have to happen to Emilio Larraz sometime. Maybe not this one…

Tags: federation, opens, regional
Chubut presence in the Ranking of the Argentine Boxing Federation
The golf sector is looking for new followers among Murcians
The Annual Convention of the North American Boxing Federation begins in Las Vegas
FOOTBALL 3788

Loading...
Newer Post
VIDEO: CRAZY! This is how an incredible GP2 car imposes itself on the open road
Older Post
Formula 1 driver and his harsh criticism of Checo and Red Bull