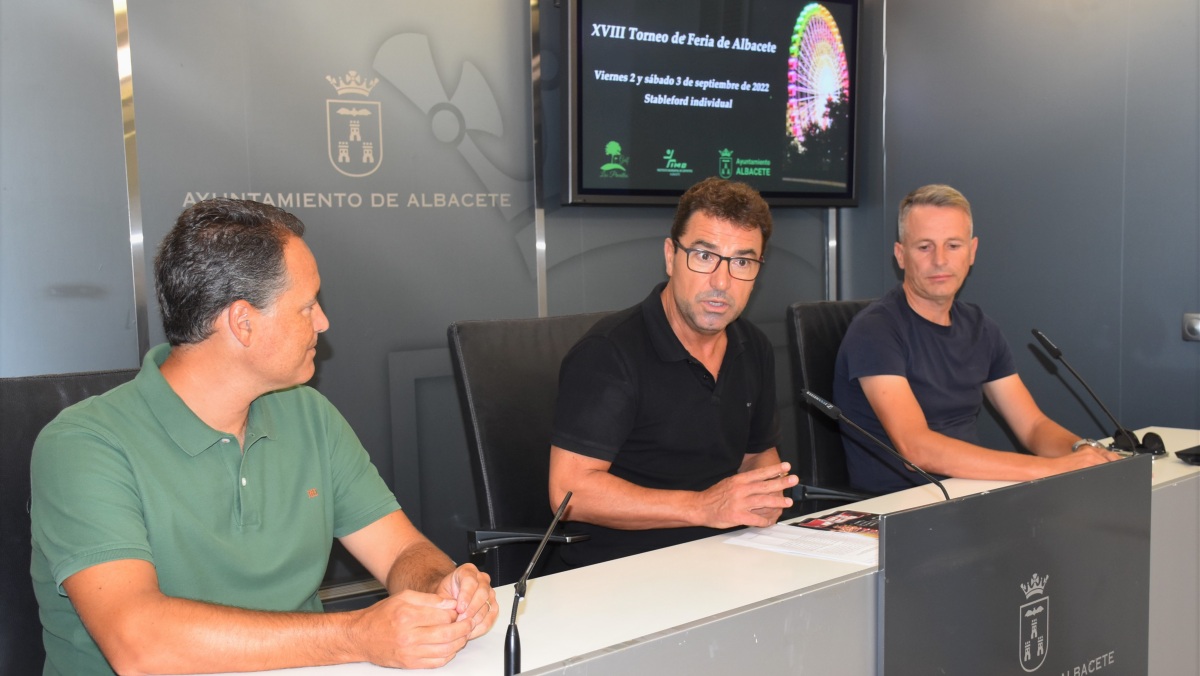 The Feria de Albacete golf tournament will celebrate its XVIII edition this year on September 2 and 3, with three days of play that will be dis

The Feria de Albacete golf tournament will celebrate its XVIII edition this year on September 2 and 3, with three days of play that will be distributed in the evening on Friday, September 2; while on Saturday, September 3, there will be a double day: morning and evening. It is an appointment framed in the Sports Fair 2022, which is carried out by the Albacete City Council, and which will host dozens of events from different and varied sports disciplines.

As the Councilor for Sports, Modesto Belinchón, has underlined, the Albacete Fair golf tournament, despite being a competition for people who are fond of this discipline, has high quality standards, “thanks to the importance that, from the Club de Golf de Las Pinaillas, organizer of the event, has been given, due to the influx and levels of participation of each edition and as well as the expectations that said tournament generates among the golf players of Albacete”.

“This golf tournament is rooted in the sports program of the Fair, which accompanies a festive and patronal development of our city’s festivities and represents a great opportunity to enjoy a wide variety of events and sports disciplines, in many cases unknown”; Belinchón has pointed out, specifying that on Friday, September 2, the competition will begin at 2:30 p.m. and will continue on Saturday morning at 8:30 a.m., and in its evening shift, at 2:00 p.m.

For his part, the manager of the Las Pinaillas Club, Eduardo Carrillo, accompanied by Avelino Corral, a member of the club and sponsor of the tournament through the company AVECCO, highlighted “the desire to return from golf fans, who come from different parts of Spain, which contributes to the dissemination of the city through sporting events like this one”. Carrillo, who thanked the Albacete City Council for its support in the development of this sporting event, has indicated that for the XVIII edition of the Fair tournament it is expected to reach 250 players.

Finally, the Councilor for Sports, who has valued the work of the clubs in holding these sporting events, has invited the people of Albacete to enjoy the golf tournament, a prelude to the Albacete Fair.