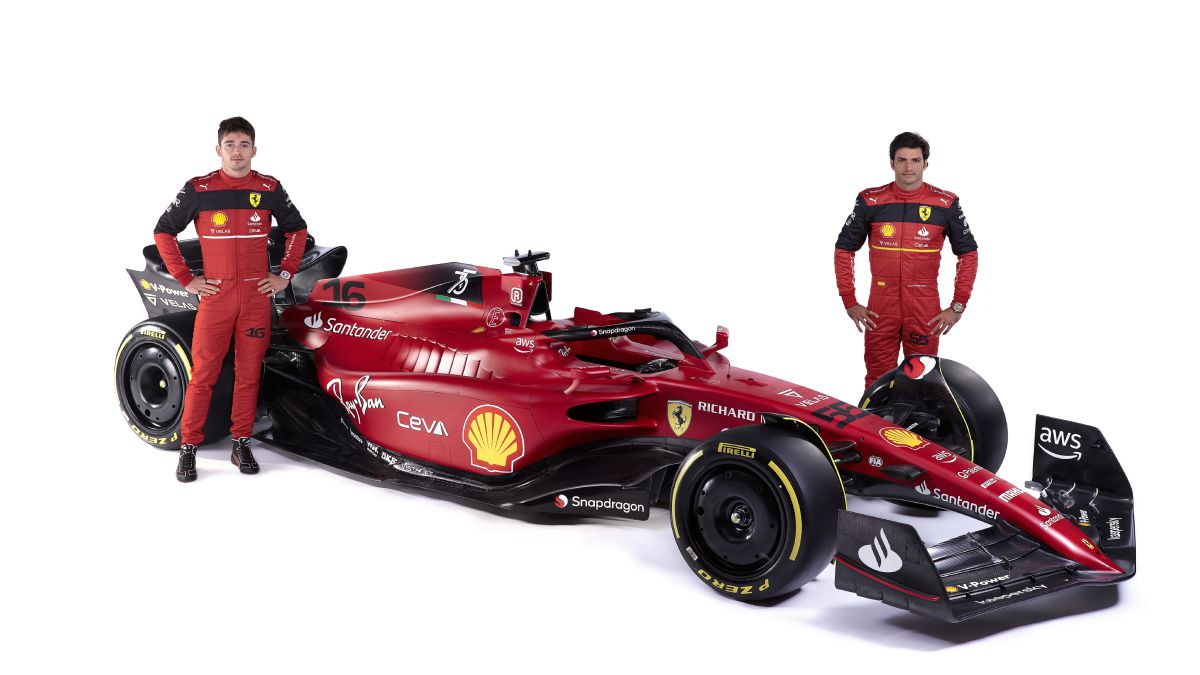 It's here, and it's spectacular. Ferrari presented this Thursday the F1-75 that Carlos Sainz and Charles Leclerc will drive this season. Red and b

It’s here, and it’s spectacular. Ferrari presented this Thursday the F1-75 that Carlos Sainz and Charles Leclerc will drive this season. Red and black, aggressive, with details that had not been seen until now. Pronounced gills on curved pontoons, very risky, elliptical air intakes, and a thin and stylized nose that is more reminiscent of the IndyCar than the old F1 of 2021. The color combination lives up to the history of Maranello, which turns 75, hence the name of the specimen. The only downside: it is the same car that was leaked on social networks a day before, and that made the event less surprising, which was broadcast on YouTube and in a series of selected media outlets, including Sport-Journal.

“Impressive, extreme,” says Leclerc. “It’s different, this is what you want to see when you see a new car,” says Carlos. And Mattia Binotto, team leader, master of ceremonies and the first person interested in this car giving the level, points to the improvements in the power unit, the front and rear suspensions and the aerodynamics, carefully studied to extract the full potential of the new Formula 1 regulations.

A clear goal: to win

The objective in the factory is clear: to win. Not the World Cup, they are realistic, Mercedes and Red Bull operate at a level that no one has come close to in the last decade. But racing, an ambitious but feasible goal for the most successful team in the history of the championship, which has not won a grand prix since Singapore 2019, with Vettel. The F1-75 debuts an engine and the little that was seen in 2021 of the hybrid system already impressed, because they found tenths abruptly.

Waiting for a demonstration in Fiorano, this Friday, plus a filming day in Montmeló on the 22nd, the Ferrari will make its official debut on February 23rd at the Barcelona tests. The pre-season continues in Bahrain (March 10-12) before the first GP of the year, also in Sakhir, on March 20. John Elkann closed the event with hopeful words “for the tifosi”: “This year we want to reward your trust and loyalty”. Well, you know what to do.