The festival of women’s football 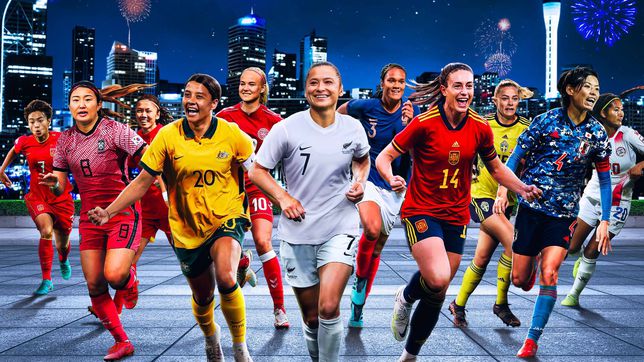 The five major women’s tournaments in world football are played in a very busy month of July that will put the best international players in this sport in the spotlight.

On Saturday, an African Cup kicked off in Morocco that will last until July 23 and in which Nigeria, with eleven titles, defends a crown that only Equatorial Guinea has been able to deny it twice. Oshoala, striker for Barça and top scorer in the Spanish League, will be one of the stars.

While CONCACAF begins today in Mexico. The United States, of course, is the big favorite to win the title on July 18. He already has eight and the Rapinoe, Alex Morgan, Lavelle or Horan will not be missing. It remains to be seen if Canada, Gold in the last Olympic Games and with two gold medals in its record, is capable of disputing it.

The next tournament to start will be a European Championship (July 6-31) held in England in which Spain is part of the group of favorites for the first time in its history. The Netherlands defends the title and we must never rule out a Germany that dominates the record (eight). Sweden, Silver in Tokyo, is another contender, as are the hosts and mighty France.

To finish, we must not forget a Copa América that is held in Colombia (July 8-30) and in which Brazil defends the crown, nor the one in Oceania (July 13-30), which is played in Fiji. New Zealand and Australia are the favourites. Many tests and few doubts. July comes in the form of a festival for women’s football.

the new collection of jerseys that travels to football from 2006
The FEF seeks in Qatar the headquarters of Luis Enrique in the World Cup
Switzerland – Spain, live
FOOTBALL 3176