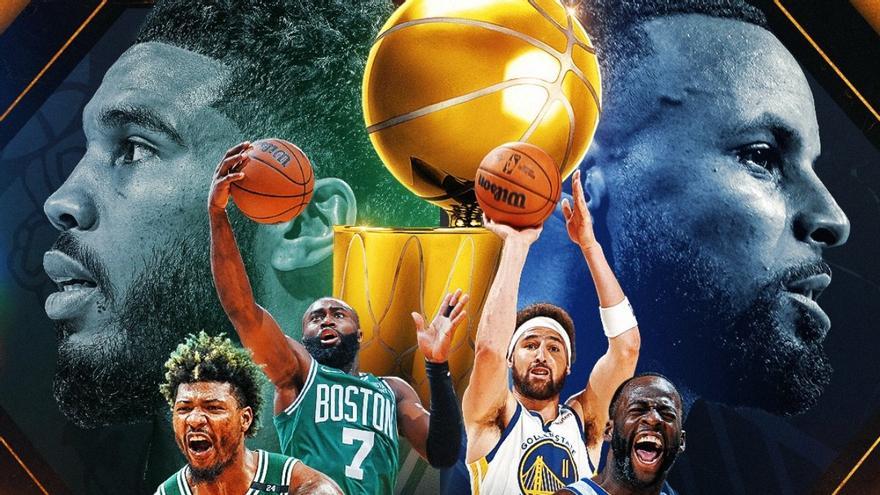 The five games are the most watched television broadcasts in June

The NBA Finals between the Boston Celtics and the Golden State Warriors recorded, in the first five games of the series, a 26% increase in viewers in the United States compared to those of 2021 and are the most viewed in the last three years. The fifth game, in which the Warriors won 104-94 and took a 3-2 lead in the series, recorded an average of 13.025 million viewers on the ‘ABC’ network, with a maximum of 15.352 million viewers, reported this Tuesday the NBA in a statement. This result improves by 30% the record of the fifth game of the 2021 Finals, between the Phoenix Suns and the Milwaukee Bucks.

The sixth game of the series will be played this Thursday at the TD Garden in Boston, in which the Warriors could celebrate their fourth title in eight years with a victory against the Celtics.

Tags: basketball, NBA
NBA today: Tremendous scare! Raptors-Pacers suspended in the NBA due to fire alert in the arena
Rescheduled 11 matches that were postponed by Covid-19
Denver beat Golden State to keep hopes of getting through the round
NBA 2869

Loading...
Newer Post
Motorland puts on sale tickets at a reduced rate for the 2022 Moto GP Aragon Grand Prix from today
Older Post
Americans know more about the life of the Kardashians and the NFL than they do about real estate basics, Zillow survey reveals