The fire damages part of the golf club field in Congosto 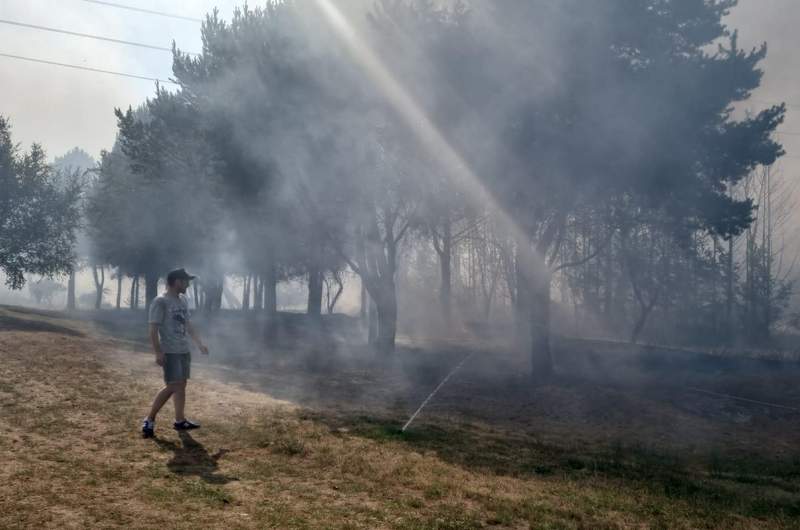 The technicians of the Junta de Castilla and León are investigating the origin of the fire that on Sunday afternoon burned three hectares of land, one of them wooded, and damaged part of the Bierzo Golf Club course in Congosto. The flames, as explained yesterday by those responsible for the golf course, began around 6:00 p.m. on the road to the neighboring Nautical Club of Casino La Tertulia on the shore of the Bárcena reservoir. “Thanks to the fact that several players and club staff were on the field, it was possible to alert the firefighting media, which led to the rapid intervention of two helicopters with their brigade members together with the Ponferrada firefighters,” the Bierzo Golf Club explained yesterday. .

The fire started outside its facilities, but the strong wind carried the flames inside and caused “damage to the playing field that is still being evaluated.” The intensity of the flames decreased around eight in the afternoon thanks to the extinction work and the Ponferrada firefighters, once the danger to the facilities had passed, returned to their base.

Until one in the morning

The Board, however, did not consider the fire extinguished until one in the morning on Monday. The Cueto and Rabanal del Camino helicopters, with their brigade members, four fire engines and a ground crew, as well as two environmental agents, intervened in the firefighting tasks, reports the Board.

The golf course workers, in any case, continued cooling the perimeter of the fire yesterday morning to avoid hypothetical reproductions.