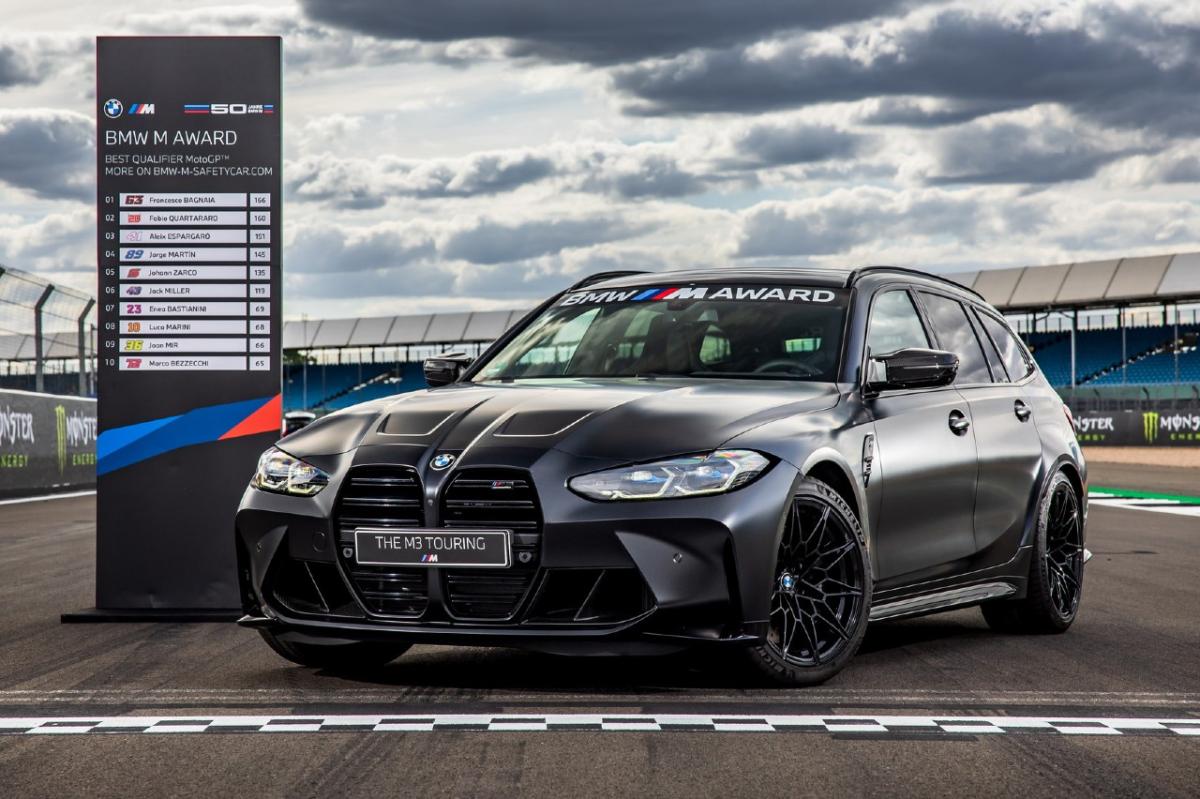 As has been the case for a significant number of seasons (it is the twentieth that has happened), each year of MotoGP the fastest rider in

As has been the case for a significant number of seasons (it is the twentieth that has happened), each year of MotoGP the fastest rider in the classifications receives the BMW M Award. However, this year is special for the 50th anniversary of the M division and the brand wanted the award to be special too: the first BMW M3 Touring.

Requested for years by BMW fans, the German manufacturer has finally dared to give shape to its versatile family. M3creating what is a direct rival to Audi’s RS Avant.

Its mechanical section holds no surprises: 3.0 biturbo engine with 510 hp and 650 Nm, eight-speed automatic gearbox and all-wheel drive. It accelerates from 0 to 100 km/h in 3.6 seconds, to 200 km/h in 12.9 seconds and its top speed can reach up to 280 km/h when equipped with the M Driver’s Package.

What stands out is that to that spectacular performance that it shares with the sedan, it adds a 500-litre trunk that, folding the rear seats, reaches a massive capacity of 1,510 litres.

The BMW M3 Touring that is given away to the fastest in MotoGP practice is the first to leave the factory, sporting Frozen Black exterior paint and black Merino leather upholstery.

Franciscus van Meel, CEO of BMW M GmbH, said: “2022 is a very special year for us at BMW M, with a host of high-profile events related to our 50th anniversary. One of them is the first BMW M3 as a Touring model.

“This year is the flagship of our BMW M model range, so it only makes sense to offer it as a prize for the winner of the 20th BMW M Award. We are delighted to be able to celebrate such a special anniversary as this year with our award for the fastest qualifying rider in MotoGP this season”, he adds.