The first boxing festival of the year takes place on Friday 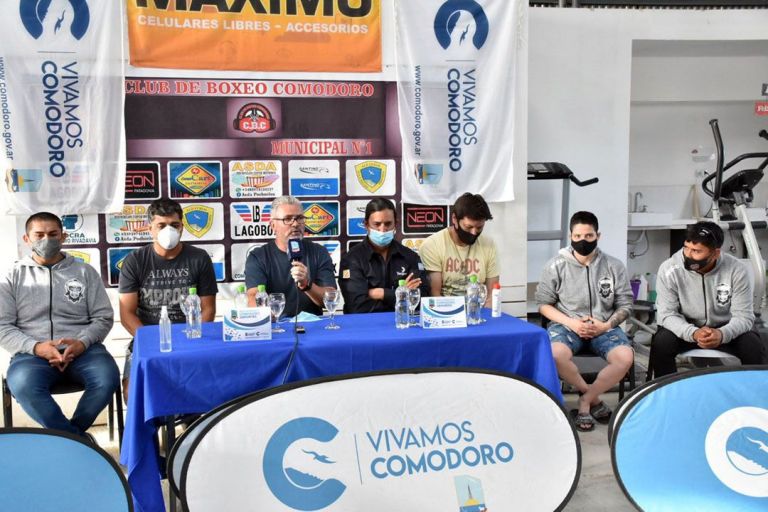 This Friday, boxing returns to the Municipal Gym 1. The background fight will be between Ariel Leonel “Morito” López from the Comodoro Boxing Clu

For this festival, at the same time, the boxers Dahiana Valerio will participate, representing the Comodoro Boxing Club and Micaela Torres, from the city of Trelew.

José Doria, president of the Comodoro Boxing Club, where the official launch took place, expressed that the festival “hopefully meets expectations, the truth is that the boys have been training very well and we hope it will be a great evening” and took the opportunity to thank the Ente sports “for giving us the chance to do another festival, the first of the year and we are going for more with the boys. This costs a lot, but we get everyone’s help.”

Martín Décima, promoter of the evening, stated: “I am very excited about the possibility of boxing returning to the city, with amateur boxers born in the city who can have continuity of fights and that is very important for us”.

Therefore, the promoter thanked: “Hernán (Martínez Ente Comodoro Deportes), our mayor (Juan Pablo Luque) for maintaining this possibility of holding events and they are essential. Without the support of the State, events like this cannot be held and this mobilizes the entire province.”

Hernán Martínez, president of Comodoro Deportes, for his part, ratified the municipal State’s commitment to sports entities by describing that “the municipality is committed to working not only with sports and boxing, which almost ninety percent of the activity is made up of municipal schools. That is why he accompanies a club”.

The head of the Entity reiterated that “the mayor (Juan Pablo Luque) sets this pattern for us; which is to be close to those who work and we are close to Martín (Décima), who is from the city and opted for the organization of events for a sporting activity, especially like boxing, which is not easy or simple, which costs a lot. There is a group of people who work so that boxing in our city has continuity in these times in which we live. That’s why he congratulated him.”

Get in shape with the best boxing gyms in Madrid
Boxing: The statue of Mike Tyson, in the style of Cristiano Ronaldo, that sets fire to the nets
The predation of technical boxing and the charm of gross blows
BOXING 3153