The Five Players AS Follow the Jaguars vs. Patriots 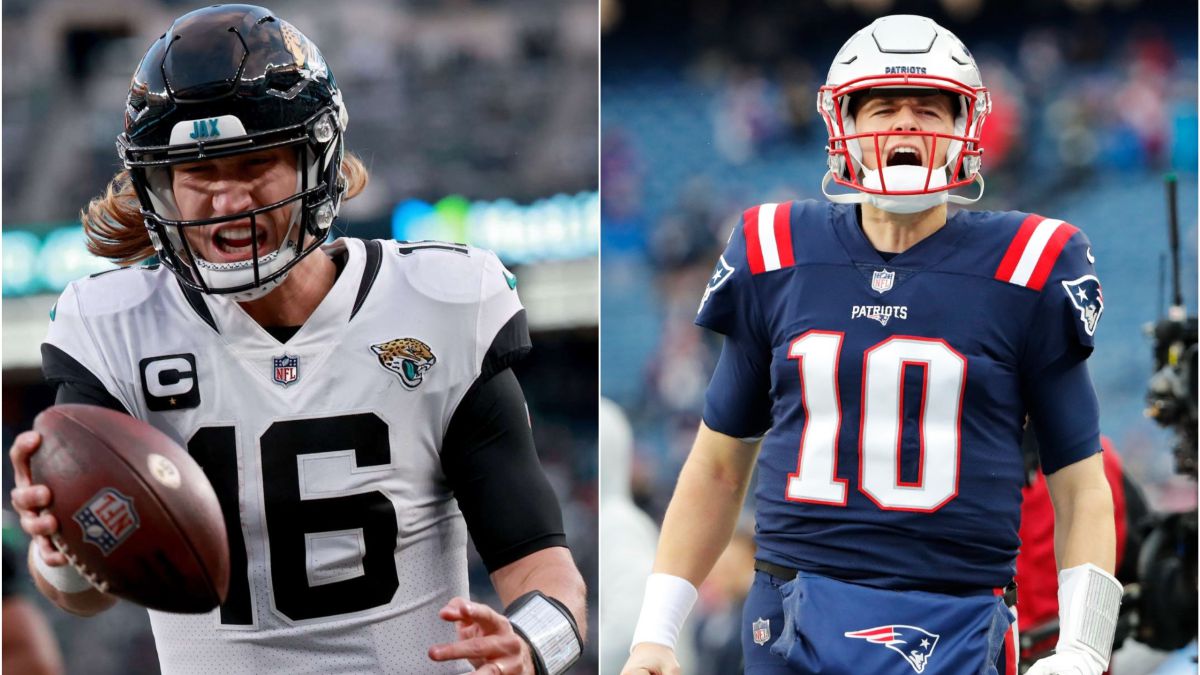 The Five Players AS Follow the Jaguars vs. Patriots

The New england patriots would secure their playoff spot if they beat the Jacksonville Jaguars and if the Tennessee Titans beat the Miami Dolphins in Week 17 of the 2021 NFL season.

New England has not missed the playoffs consecutively since the 1999-2000 seasons, when the transition between Pete Carroll and Bill Belichick occurred.

What’s more, They will face two rookie quarterbacks in the figures of Mac Jones and Trevor Lawrence. After 16 weeks, it is clear that Jones has reached the right situation and Lawrence still does not know who will be his head coach next season.

Are here all five players A Follow the game between Jaguars and Patriots.

One of the advantages Mac Jones will have this week against the Jaguars is that Jacksonville’s defense allows 229.7 yards. per game and is one of the ones that has generated the fewest interceptions throughout the campaign with six. At the moment, Alabama’s product has 3,313 yards, 18 touchdowns and 12 interceptions.

The noob Trevor Lawrence is on one of the worst streaks of his career. The Clemson alumnus has failed to throw a touchdown pass in seven of the Jaguars last eight games.. Interestingly, in that span he has the same number of tackles as he does scoring passes (1).

Another noteworthy fact is that the rookies facing Bill Belichick’s teams have not had good results this season. New England beat Zach Wilson of the New York Jets twice and David Mills of the Houston Texans once.

With the absence of Nelson Agholor due to a concussion and the participation in doubt of Jakobi Meyers due to discomfort in the thigh, Kendrick Bourne will bear the responsibility of giving Mac Jones a reliable target. Bourne has the best percentage of passes caught among the Patriots’ wide receivers, securing 47 of 60 (78.3%) throws in his direction for 700 yards.

Following James Robinson’s injury, Jaguars interim head coach Darrell Bevell will need to use Dare Ogunbowale in the running game.. Wisconsin’s product has seen action primarily on special teams, but in the Week 16 game against the Jets he added 57 yards and a touchdown on 17 carries and 15 yards on two receptions.

In the certain scenario where Matt Judon does not exceed NFL health protocols, Josh Uche to be the next linebacker on the Patriots’ depth chart. Uche has three sacks in 10 games and will constantly have to put pressure on Trevor Lawrence.

NFL picks: These are the winners of Week 2
49ers and Cowboys revive historic NFL rivalry in playoffs
Vikings returned to the Playoffs zone with a win over Chicago
NFL 158