The five prospects to follow after the Senior Bowl 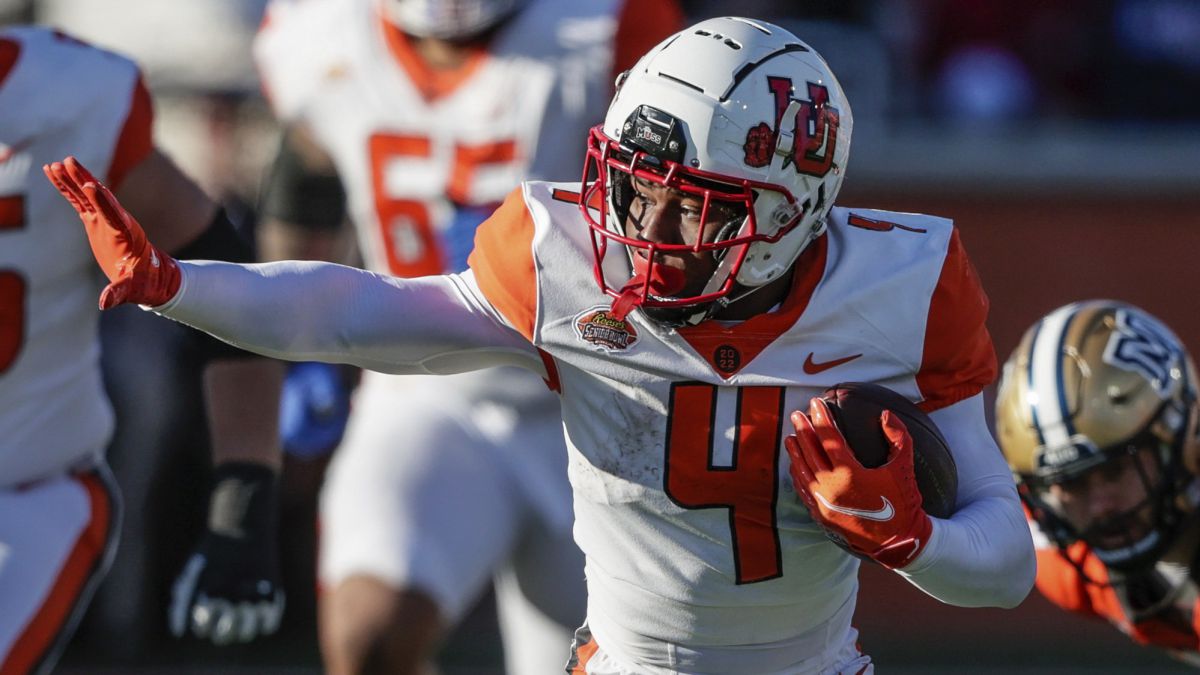 Year with year, the Senior Bowl is held in Mobile, Alabamain order to give NCAA players who are in their last year of eligibility an opportunity a

The five prospects to follow after the Senior Bowl

Year with year, the Senior Bowl is held in Mobile, Alabamain order to give NCAA players who are in their last year of eligibility an opportunity as if it were an all-star game.

In the 2022 edition, heThe New York Jets took charge of practicing with the National team and the Detroit Lions took over the American team.. Both teams were riddled with great prospects who will be in the upcoming NFL Draft.

Here are the five players to follow after the Senior Bowl of 2022.

Winfrey recorded two of the eight sacks generated by the National team and had three tackles for loss of yards.. If any team needs to beef up the defensive line in the middle rounds of the Draft, Winfrey would be the answer.

Winfrey came to Oklahoma two years ago applying for a transfer from a junior college, and since then he has played 20 games in which he has accumulated 40 tackles, 16.5 for loss of yards, six sacks, three deflections and a forced fumble.

Even if Willis he did not have his best afternoon throwing the ball (2-4 for 11 yards and a sack) for the American Team, showed he is versatile running the ball (four carries for 54 yards) and avoiding sacks.

Willis came to Liberty after two years with the Auburn Tigers as a backup. With the Flames he appeared in 23 games over two seasons and completed 377 of the 604 passes he attempted for 5,107 yards, 47 touchdowns and 18 interceptions. On the ground he had 1,822 yards and 27 touchdowns on 338 carries.

Pledger generated 58 yards and a touchdown from scrimmage. after seven offensive touches in the Senior Bowl for the American Team. His best play was a 23-yard run.

After three seasons with the Oklahoma Sooners, Pledger played the 2021 NCAA season in the Utes jersey. In his entire college career, the running back amassed 1,585 scrimmage yards and 12 scrimmage touchdowns on 260 offensive touches.

Jackson led the American team with four individual tackles during the Senior Bowl. Also, he recorded a hit to the quarterback. In his four years with the Mountaineers, Jackson recorded 291 tackles, 35 for losses, 14 pass breakups, 11.5 sacks and three interceptions.

YOU MAY BE INTERESTED: Georgia’s titles in NCAA college football

McBride only caught two passes in the Senior Bowl, but one was a 6-yard scoring combination with Cincinnati Bearcats quarterback Desmond Ridder.

At six foot four inches tall, McBride will be a red zone target that many quarterbacks could easily find.. In his time with the Rams he caught 164 passes for 2,100 yards and 10 touchdowns.

Tom Brady puts his helmet back on; returns to the NFL with the Tampa Bay Buccaneers
NFL Playoffs 2022: How to watch the Conference finals LIVE
NFL Conference Finals 2022 so far: playoff games
NFL 384