The forgotten Chilean who is a figure in English football 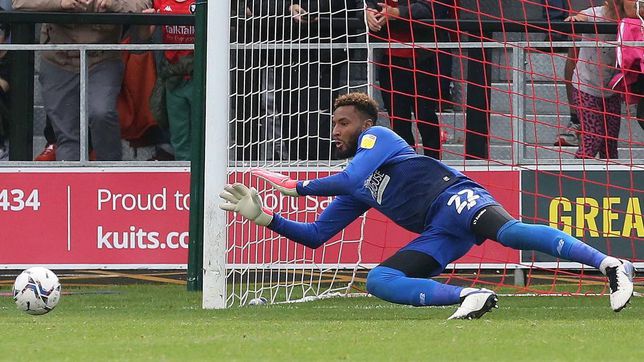 Lawrence Vigouroux (28), a Chilean goalkeeper who went through the Red Sub 20 and also for the adult in a couple of friendlies, lives an outstandin

Lawrence Vigouroux (28), a Chilean goalkeeper who went through the Red Sub 20 and also for the adult in a couple of friendlies, lives an outstanding moment in English football. Since the 2019-2020 season he has been in Leyton Orient, a cast that participates in the fourth category, and in the last two seasons he has become a record goalkeeper.

It is that the former Liverpool and Tottenham accumulates 37 undefeated fences in that period of time and is the leader in that category counting the second (Championship), third (League One) and fourth (League Two) division.

In addition, in the current tournament, the goalkeeper has not received a goal in four of the seven games played and his team is unbeaten with 19 points after six wins and a draw.

In his career, the goalkeeper has had a lot of ties with Chile. He was one of the goalkeepers chosen by Mario Salas for the South American Sub 20 in 2013, although he did not play any game in that campaign that ended with qualification for the World Cup. In addition, between 2018 and 2019, he was summoned for five friendlies of the adult team.

At the club level, Vigouroux signed for Everton de Viña del Mar during 2019, but he was only there for one semester and did not add games.

Check the signings for the next season 2022
Guti’s new project in the world of football
Borja Valero: “I love football, I don’t like the world that surrounds it so much”
FOOTBALL 3750