The four rookies who are surprising in the NBA Summer League: Cole Swider, Kenny Lofton and more 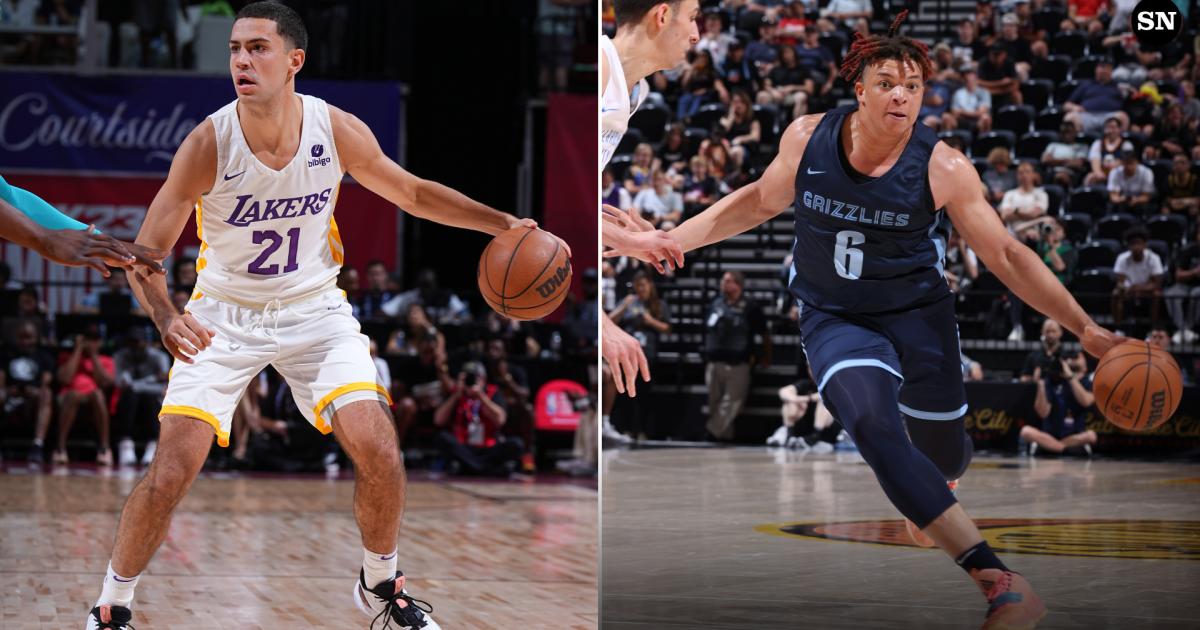 The SummerLeague It's not just about seeing the best young projects in the worldbut also to discover players without so much fame, which will begin

The four rookies who are surprising in the NBA Summer League: Cole Swider, Kenny Lofton and more

The SummerLeague It’s not just about seeing the best young projects in the worldbut also to discover players without so much fame, which will begin to have minutes in the following NBA campaigns. Not everything goes through Paolo Banchero, Chet Holmgren and Jabari Smith.

Next, four rookies who are performing above expectations in the different summer leagues that are taking place on the NBA stage.

After four years at LSU, Darius Days, a 6-foot-3 4-shooter, was not selected in the 2022 Draft. However, San Antonio Spurs bet on him for the Summer League and Days is responding with the same solidity shown in the NCAA. In three games he is averaging 13.7 points, 10 rebounds, 56% from the field and 38% from triples in just 21.9 minutes per presentation. More efficient and productive, impossible.

The potential of Days for a physical and athletic issue is not the highest, but it is a reliable, solid player with good defensive energy and outside shootingwho could earn a rotational fund spot or two-way deal (San Antonio has one available, remembering the other belongs to Dom Barlow).

G-League #EliteCamp alum Darius Days posted a HUGE double-double off the bench last night for the @spurs in @nbasummerleague. pic.twitter.com/qDQ2yLOnYq

Like Days, Walker is another open four who is excelling in the Summer League. In his case, he was drafted: pick 57 by the Portland Trail Blazers. In Las Vegas, the former Colorado averages 13 points, 8.3 rebounds, 68% from the field and 38% from triples in just 19.6 minutes (three games played).

portland has a two way available and could easily end up in the power of Walker… although if he maintains this level, he may even merit a contract full time. He scores three, he is safe in the paint, he plays with a lot of energy and he is showing very interesting virtues in defense.

Jabari Walker switching onto Deuce McBride on the screen and absolutely locking him up. pic.twitter.com/wfvbbS6FkG

From a couple of players fighting for a contract, to one who has already achieved it. Kenny Lofton Jr. is being one of the names of the summer leaguehaving several brilliant performances (including against Chet Holmgren) and drawing attention for his combination of kilos, power and skills with the ball. An interior of those that are no longer usually seen in the NBA.

Lofton has already played four games between Las Vegas and Salt Lake City, averaging 12.5 points, 5.8 rebounds and 56.4% from the field in 18.4 minutes. They will be together with Vince Williams the two two-way of the Memphis Grizzlies this season.

Like Lofton, Swider has already earned a two-way deal, in his case with the Los Angeles Lakers. The reason is simple: his combination of height (2.06 meters) and outside shooting, which had already led him to stand out in the NCAA, first with Villanova and then with Syracuse. 100% specialist.

Swider has already played 5 games with the Lakers between Las Vegas and San Francisco, averaging 13.2 points, 3.8 rebounds and 53% from the field in 23.4 minutes. Although of course, what is striking is his 3-point accuracy: 56.7% in 6 attempts per game. The Lakers are short on shooters on their roster, and Swider could end up getting minutes in Ham’s rotation.

Cole Swider is 17/30 from 3 in the Summer League. The Lakers should give him real minutes on the big squad! 💦pic.twitter.com/pnz4gd8o5D

NBA. Player makes obscene gesture to fan in the middle of the game; was sanctioned
Ricky conducts, Evan Mobley scares
Jerry West, against the Lakers: “Our relationship is horrible”
NBA 3183