The future of Zion is still up in the air 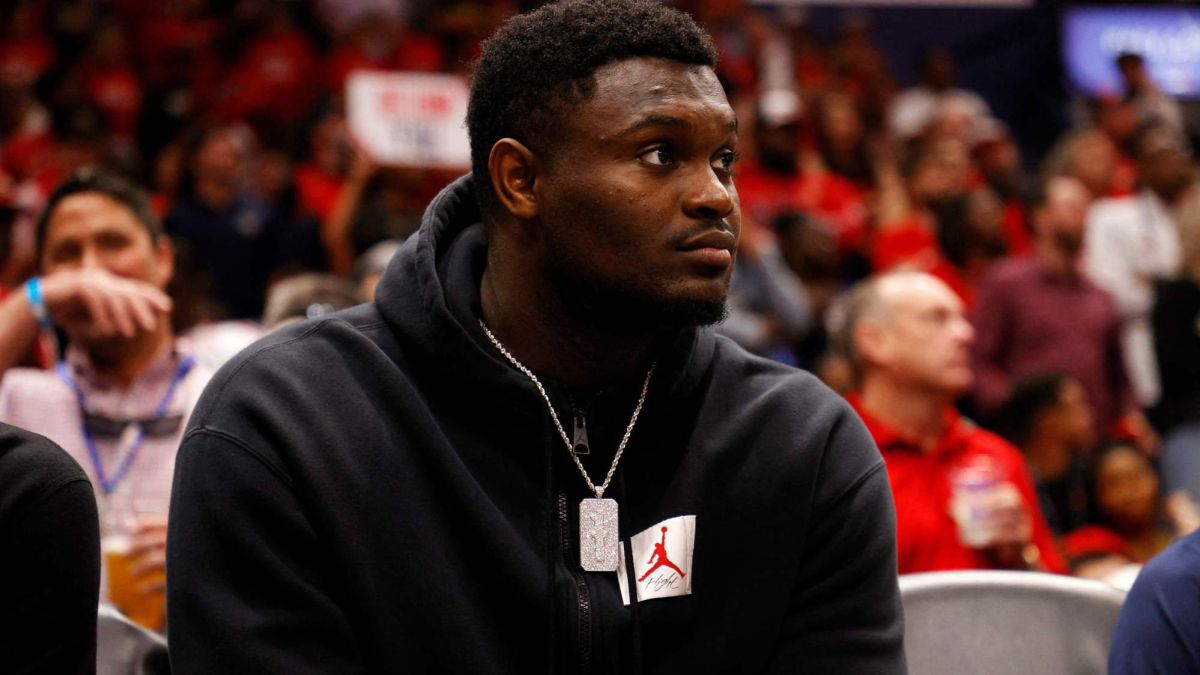 The Pelicans have finished the season with a smile from ear to ear. The team, which was 3-16 after 19 games, rebounded admirably. Willie Green (40

The Pelicans have finished the season with a smile from ear to ear. The team, which was 3-16 after 19 games, rebounded admirably. Willie Green (40 years old) ended up signing a great first year on the bench for a team that reached the play in, Leaving the Lakers out, he overcame his two elimination rounds (against Spurs and Clippers) and got into the playoffs, where he gave a lot of war to the best of the regular season, some Suns who had to contain, with Devin Booker injured, a dangerous 2-2 to access the semi-finals. It was New Orleans’ first playoff berth since 2018.

The bet on CJ McCollum was a success, due to his level on the court and his presence in the locker room, where Jonas Valanciunas is also a rock. Brandon Ingram finished the course at super star level and a rookie generation low profile proved to be very successful and important for the future. Especially Herb Jones (pick 35), who points to one of the best defenders in the NBA for many years. Trey Murphy III (17) left enough positive signs to count for the future, and Jose Alvarado earned, through sweat and defense, the backup point guard position despite the fact that he was not drafted.

Even Zion Williamson seemed to come back into the fold. Closer to the team, more attached to his teammates, with better feedback… but without returning, although there were rumors until the last moment, to the slopes. It’s been a blank year for the atomic No. 1 pick in the 2019 draft, a special player but who has only been able to play 85 regular phase games in three seasons so far. Namely, he has missed 141 of 226 total. He played 24 in his first year, none in the third… and 61 in the second, a 2020-21 season that showed how important he can be. He was all star and he averaged 27 points (with 61% shooting, as well), 7.2 rebounds and 3.7 assists.

Zion’s foot injury never got better enough. It was announced in half day of the team, when he opened andthe training camp, and in no case was it expected to involve an entire season of ostracism. in between, very poor communication, toxic rumours, Zion’s relatives talking about his desire to play in New York, comments about his disappointment with the Pelicans and doubts about his real future in the NBA due to his physique and style of play. Also for his dedication and his commitment. Away from the team and installed in Oregon, near the Nike offices, it was said that he had come to exceed 140 kilos. More than 10 over the weight of him in game form and of course too much for a player, very special in any case, of only 1.98.

The tension has multiplied because, once his third season is over, the first moment arrives in which Zion (who will turn 22 this summer) could sign his rookie extension. This year he has earned 10.7 million and already has 13.5 insured for the 2022-23 season. Afterwards, that extension should come into force that rarely does not sign the number 1 in the draft, although last summer that was the case of Deandre Ayton, who did not agree with the Suns. Zion has made it clear that he would sign “as quickly as possible” a maximum extension in NOLA: five years and an amount that would fluctuate, based on percentages of the salary cap, between 182 and 195 million dollars. Outrageous considering his injury history and his unsettled status, at least so far, with the Pelicans. And there is more. If the next season ends in the Top Five, I would jump to the rank of super max: five years and a cap of 234 million.

What will the Pelicans do? Some believe that they will have no choice but to sign that extension so as not to lose a player. ultra media and that, with continuity, has shown that it can have a level of all star perennial. Others, however, see too much risk and understand that Zion has a lot to prove, physically and by attitude, and that the Pelicans should seek a more favorable deal … or even a trade. David Griffin, franchise vice president and big shot In sports, the temperature has cooled down a bit after Zion’s words: “The extension? That conversation is going to be a challenge. When the time comes, we’ll talk. First we are focused on the player being healthy and with elite conditioning, to play matches”. Does Griffin get strong, teach cards? The fact is that it seems to suggest that the Pelicans could seek a less damaging deal for themselves if things go wrong: fewer guaranteed years, favorable exit clauses for the team… It would be a logical but risky move: what if Zion decides to accept only that maximum with five years fully guaranteed? It can be one of the soap operas of the next NBA market, of course.

Lakers fired Frank Vogel after sports failure in the current season
Golden State Warriors bets on the long-term future
NBA: NBA bombshell! The Brooklyn Nets are tired of Kyrie Irving and could do without him this season
NBA 2849

Loading...
Newer Post
Doncic and Gobert confirm that they will be in the Eurobasket and Antetokounmpo thinks about it
Older Post
Boxing: Logan Paul was bitten by his dog in the testicles: the boxer shares his cries of pain