The Garden raises blisters: the hoops were higher 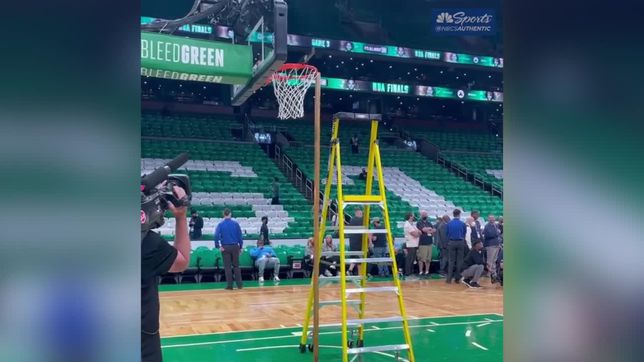 The first touch with the reality of Boston in these 2022 NBA Finals has been hard, by some Celtics who went all out to preserve the factor they bro

The first touch with the reality of Boston in these 2022 NBA Finals has been hard, by some Celtics who went all out to preserve the factor they brought from the Chase Center and by some Warriors who repeated some mistakes that committed by opening the series in San Francisco. Nothing presaged a trap even though the garden of the greens always squeezes a lot, but some members of the Californian delegation stayed with that feeling.

Gone are the days of trickery in the Garden, where players sent visitors to areas of the pitch they knew were in worse shape to force their mistakes. This Wednesday, however, a curious fact has occurred that has rekindled this flame.

During the Warriors’ warm-up for this third game, in which they fell clearly (116-100), several franchise assistant coaches noticed something strange in the rim where it was time for their players to throw to warm up. It happened an hour and a half before the start of the meeting. The technicians asked a couple of players to corroborate it, Gary Payton being one of them, and indeed it was. The maintenance staff at the TD Garden were asked to act quickly so that the shooting round could be completed and there would be no disadvantage in that regard. The hoop was five centimeters above the ones it had to be placed on.

RELATED | “We know what Draymond is trying to do”

The current Garden, built from 1993 and inaugurated in 1995, is located at the 100th number of the Legends Way (in Spanish, the street of the legends). It is an improvement on the legendary Boston Garden that appeared in 1928 and gave way to a new arena that has also been renovated four times.

Check the billboard of the NBA games for this Saturday
NBA: The NBA family congratulates Stephen Curry and leaves the question in the air: “With how many triples will he finish his career?”
New York Knicks – Indiana Pacers, live
NBA 2853