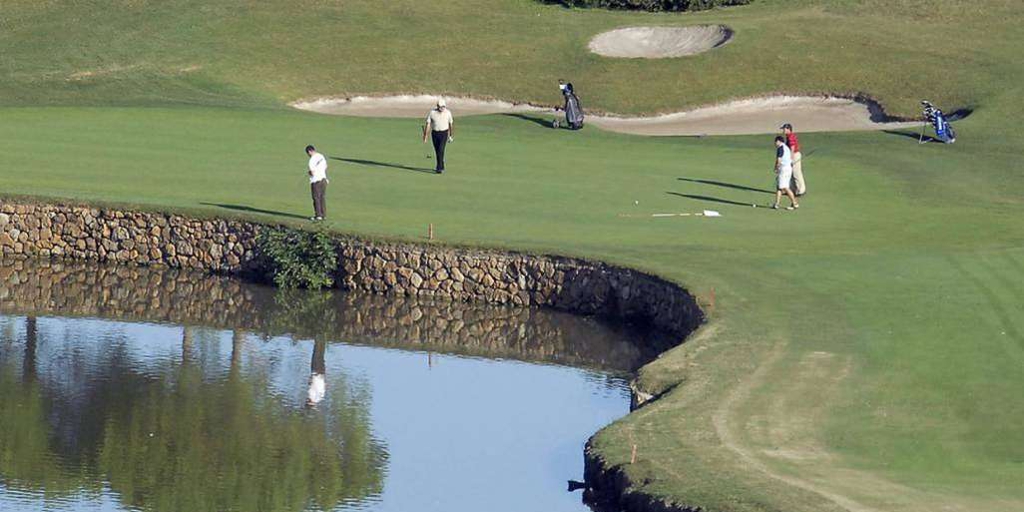 Cádiz has been for many years a reference destination in the world of golf. People from half the world come to the province to enjoy their favorit

Cádiz has been for many years a reference destination in the world of golf. People from half the world come to the province to enjoy their favorite sport in a pleasant environment where the temperature is usually good for most of the year.

Many businesses give a good account of this circumstance and not only in the months in which it is usual to see a large influx of visitors in most locations, but also in the months of low season, thus helping to seasonally adjust tourism.

Great connoisseurs of this matter are Emilio Lustau, director of Sherry Golf Jerez and businessman closely linked to this sport, and Antonio Arcas, director of the Tourist Observatory. Both coincide in highlighting the dynamic capacity of this sport.

«Cádiz is a consolidated golf destination. We have been working in this market for more than 20 years and the best thing this land can offer is the infrastructure of facilities it has. They are modern courses and very well done, with magnificent dimensions. The base is that », begins exposing Lustau.

«The golf facilities we have and the hotels are new and well preserved and that means that we are well positioned in the golf market. In 1997 the Ryder Cup was played in Valderrama and put us on the international golf map. Also competitions like the Volvo Masters”, says Arcas.

The temperature in this area is an important factor, but contrary to the rest of the tourists, not for the summer season, but for spring and autumn, as Emilio puts it: «During the summer, a golfer from Germany or Sweden plays golf in his country. On those dates they can practice it at home and they are not interested in coming there. The interesting thing for those people from northern Europe or the northern United States or Canada is to come to places where the weather is good and they can practice their favorite sport when the weather prevents it in their country.

This issue is key to deseasonalize tourism and that Cádiz does not depend exclusively on the tourist flow of the months of sun and beach. Lustau is categorical about it: «If it weren’t for golf, many hotels on the coast would not be able to live. They would be closed. Even some fields without the arrival of foreign players.

«The seasons of October, November, February, March or April are high seasons of foreigners one hundred percent. That is the most important factor in golf. Decades ago, hotels were open for three months in the summer. Now they can be open for eight or ten months, just closing December or January, and some not even that. One of the most important activities they have is golf », he explains.

The complementary offer also makes Cadiz a very attractive destination for its good gastronomy, culture, its enormous natural landscapes or the beauty of the towns and cities that make up the province.

When tourism depends on foreigners in the months of low season, high in the case of golf, connections are presented as an essential element for the viability of the tourism system: «The biggest problem is international connections. You can have the best product. And you can’t bring it closer to the client, the client has to come to the golf course. But for that you have to bring it and it must be in a comfortable way, not hitting five jumps through five European and Spanish airports. Because they are looking for an easier place to go”, says Emilio Lustau.

«They know us, the international tour operators know about our products, our hotels and our infrastructures, which are not overcrowded like other destinations. And we always find ourselves with the same question:How are we doing? And they want, they want to come, because the value for money is excellent”, he continues.

When asked if the solution is to promote the Jerez airport, he does not have everything with him: “I think that the best thing would be to distribute the connections between Jerez and Seville airports. Sometimes we look at our navel a lot and the solution can come from the union. The one in Malaga is great because there is no other nearby, here we have two at 90 kilometers but neither the one in Seville works well nor the one in Jerez».

advocate for join forces to reach critical masses and direct flights can be established: «I think they are more political than commercial decisions, each institution wants its Kingdom of Taifas. Huelva has Faro international airport one hour away and they go there and quickly cross to Huelva. I love Jerez airport very much as I am from Jerez, but we must first promote that there is more mass».

Are there enough fields in the province? Antonio Arcas believes so: «Golfers’ expectations and demand are covered, with good service. The clearest proof is that they tend to repeat and the trajectory of Cádiz is already long».

«The average occupation of fields, except in August when many national tourists come, I dare say that it does not reach 50 percent. Some fields more and others less. But I think that supply is enough», says Lustau.

Several fields have been dragging problems for years for various reasons: «There are fields that are closed or unemployed as in Arcos, Sanlúcar or El Puerto, for different reasons. The pandemic gave a final blow to problems that had been occurring for the last decade.

However, precisely thepandemic prompted them to approach golf many people who had never practiced it before. The reason is that it is a sport that is played outdoors with enough distance between participants. Then entertainment and gradual improvement do the rest. The business was equally affected because amateurs and national players could practice it, but people from other countries could not come for almost two years.

The profile of the tourist who comes to play golf is interesting because their spending is higher than that of others, confirms Lustau: «A golfer comes from a long-term residence and spends several months or the whole winter here. Spend on accommodation, transport, restaurants. Go out, do tourism and spend. They are very interesting clients for the development of the province”.

Antonio Arcas maintains that the golf offer in Cádiz is magnificent, but one must not fall into complacency because the markets are very competitive. Complementing this offer with own alternatives such as maritime activities is an option to study: «You always have to look for new things. If you don’t wind up the market, it stops.

«Between inflation and the rise in the cost of products, the tourist is sensitive to the rise in prices, that is why it is necessary tomake the offer more attractive. I have no doubt that this will be the case because there are great professionals in the province».

And at this point, Arcas demands an improvement of the infrastructures: «If you go to Conil, for example, which has some spectacular beaches, you notice that it has the same problem as 30 years ago: access. And they get worse. It is something that if it is fixed, it can be greatly enhanced economically ».

An industry that generates 774 million a year in Cádiz

Last February, the vice president of the Cádiz Provincial Council and head of the Tourist Board, Jose Maria Roman presented the study ‘Analysis and socioeconomic impact of the golf tourism segment in the province of Cadiz’.

Adeitur, the tourist consultancy that carried out the study, analyzed the 20 golf courses in the province and their contributions. According to her analysis, golf tourism has a estimated impact of 774.2 million euros per yearincluding the direct, indirect and induced effect on the economy of Cadiz.

If only the direct economic impact were taken into account, this figure would remain 389 million euros per year in the province. Likewise, it creates around a thousand jobs, taking into account both direct and indirect ones.

The main source countries for this type of visitor are the United Kingdom, Germany and the Nordic countries (Denmark, Norway, Sweden, Finland and Iceland). The demand for golf tourism in Cádiz represents the 15% of the total number of tourists for this activity throughout Spain.

The average expenditure of each of these tourists is close to122 euros per day –exactly 121.7 euros-. If accompanying persons are included, said expense rises to 255 euros per day. This, taking into account that the average number of overnight stays for these visitors is around the nine nights per trip. Another significant feature for this type of tourist is the high level of loyalty felt towards Cádiz as a destination: there are more than 65% repeat trips to the province in golf tourism.

Among the essential reasons for choosing Cádiz as a place to practice this sport is the climate. It is estimated that the months in which there is a greater concentration of golf tourism are March and Octoberand it is striking that many foreign visitors in this segment choose the autumn and winter months for their practice, with what is a type of tourism that favors the seasonal adjustment of the sector.

As for the fundamental complementary activities that they carry out the most, in addition to their main task on the trip, playing golf, thegastronomy, as well as activities linked to the sun and to the beach.

These data, according to the study that the Tourist Board entrusted to Adeitur, are the result of a methodology that includes primary or bibliographic sources that cover from 2019 to the end of 2021.

Cadiz residents are also regulars at the province’s golf courses. As the president of the Royal Andalusian Golf Federation, Pablo Mansilla, has mentioned, Cadiz is the fourth province Spain, after Madrid, Barcelona and Malaga, in number of federated golf players with 10,000 people registered.

For all these reasons, golf is a ‘industry’ on the rise in the province and helps the people of Cadiz to benefit from this circumstance.

Tags: business, opens, boom
Gareth Bale and his new business at night that is related to golf: “I am delighted”
Ticket Master and TikTok partner to sell tickets
Brazil will inaugurate the first NBA center in South America
GOLF 1506

Loading...
Newer Post
English football championship results and standings
Older Post
Formula 1: these will be the schedules for the Belgian Grand Prix at the Spa circuit