The great challenges in the career of Keylor Navas 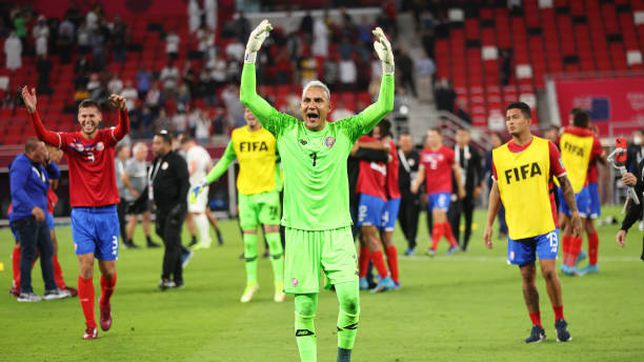 Throughout his 17-year career as a professional soccer player, Costa Rican goalkeeper Keylor Navas has faced several interesting challenges, so the

Throughout his 17-year career as a professional soccer player, Costa Rican goalkeeper Keylor Navas has faced several interesting challenges, so the moment he is currently living at Paris Saint-Germain with guaranteed substitution for the following season under the orders of Christophe Galtier would be a new test in case of not being able to go out to another club.

From his debut with Saprissa in 2005, through his debut in the Costa Rican National Team at the age of 21, having to get up after failing to qualify for the 2010 World Cup in South Africa, his first European experience with Albacete in the second division of Spain, moving to Levante and later arriving at Real Madrid to end up being a historic one.

Taking into account that after making a huge World Cup in Brazil 2014 and leading the Tico national team to the quarterfinals, after this he became the new goalkeeper of the ‘Merengues’, he was a substitute for Iker Casillas during his first year , but ended up being the starting goalkeeper for the three-time UEFA Champions League.

YOU MAY BE INTERESTED – Who is the most valuable player in the Costa Rican league?

Given these challenges that he has overcome as a professional, it is surprising that the new technical director of the Parisians has not decided to wait a little longer to make his decision on the goalkeeper who will have the leading role in the 2022/23 campaign within the competitions to which that will face the French Ligue 1 champion.

Currently Keylor Navas has been related to Napoli from Serie A, with which the experienced goalkeeper of the Costa Rican National Team shows that he wants to reach his third World Cup date having as many minutes as possible, to put the name of his country high and very likely to say goodbye to national team football from 2023.

Marcelo Flores trains with Arsenal’s first team, could he make his debut?
What football games are there today, Wednesday, May 11, 2022?
San Fernando CD calendar for the 2022/23 season
FOOTBALL 3178